Himura Kenshin is the current Grandmaster of the Hiten Mitsurugi Ryu. This is a school of swordsmanship developed to defend those who cannot defend themselves. As such, he is incredibly fast. He is one of the most skilled swordsmen in all of Japan in his day, if not one of the best ever.

He can actually move so fast on a moment’s notice that most humans actually lose track of him. This enables him to avoid their blows, or put himself in a better position.

In combat, he will often use an emotion-sensing ability to determine his opponent’s mindset. This enables him to determine where the foe will likely attack, as well as when.

Kenshin was born Shinta, family unknown. At age 7, his parents died of cholera, and he was taken by slave traders a year later. He befriended three young girls who were also captured, but when they tried to escape, the three girls were slain.

It is not known how Shinta survived, but he did. An unknown force slew the slavers less than a day after the death of the girls. He was approached by Hiko Seijuro, master of the Hiten Mitsurugi Ryu, who renamed him Himura Kenshin, and began the long process of training him.

When the wars during the Meiji Restoration began, Kenshin acted as an assassin known as the Hitokiri Bathow-sai. He developed a legend as one of the deadliest swordsmen alive. During a fight that ended with the death of his wife, Kenshin got his x-shaped scar, and swore off killing.

He obtained a sakaboto, which is a katana with the edge on the inside of the blade’s curve instead of the outside. With it he could perform the Hiten Mitsurugi Ryu techniques without fear of taking a life.

Ten years later, he ended up staying with the family of Kamiya Kaoru. Kaoru a teenage girl who was the heir to a school that taught a defensive form of swordplay. First, an assassin tried to kill him, then he was sent by the Meiji government to stop his successor as the Bathow-Sai, a man known as Makoto Shi-Shi-O.

To go any further into this would require summarizing 95 TV episodes and several movies, something I don’t feel up to right now.

Kenshin is an unusually short man, even for Meiji-era Japan. He is very slender, with bright red hair, and eyes that are normally purple.

He wears a reddish-pink kimono and white hakama (samurai pants), and purple socks. On his left cheek, there is an x-shaped scar.

There are two sides to Kenshin’s personality, but he is not a true MPD individual. Under most circumstances, Kenshin is incredibly polite, often referring to himself as “this unworthy one”. He often calls Kaoru (who loves him) Kaoru-dono. -dono is an honorific usually reserved for a peasant referring to nobility or higher, but does not imply the awe or worship of -sama. 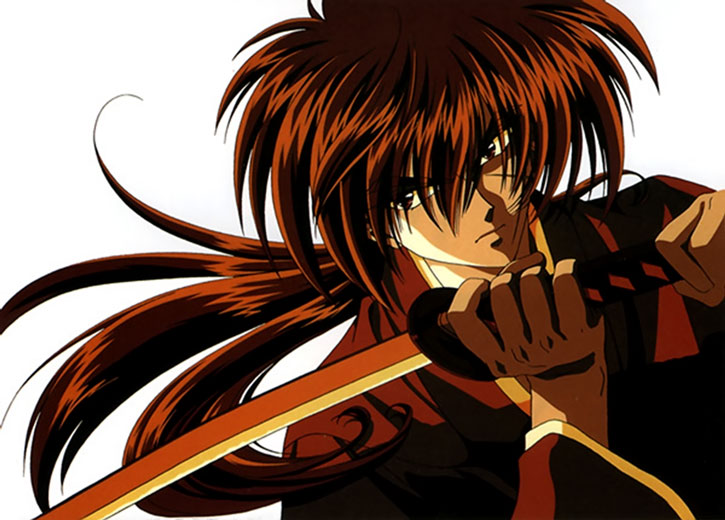 In combat, however, he becomes deadly serious, even to the point where his eyes actually change color to gold. He says very little, except when he feels the need to say just the right thing to change the emotional state of his opponent. Another exception, in the grand tradition of anime, is to announce the name of any special attack he performs.

There are many hints that he loves Kaoru, but prefers to hide those feelings, so that if somebody comes after him, they won’t strike at her.

It is entirely possible that the Hitikiri Bathow-sai existed in the DC Universe. In fact, Katana of the Outsiders may even have techniques derived from Hiten Mitsurugi Ryu.

Drawbacks:
Dark Secret (He usually hides the fact that he was the Hitokiri Bathow-Sai), Dependant (There’s usually at least one of ’em hanging around…), Guilt, CIA (He will not kill, period.), Creepy Appearance (Hair color and scar). 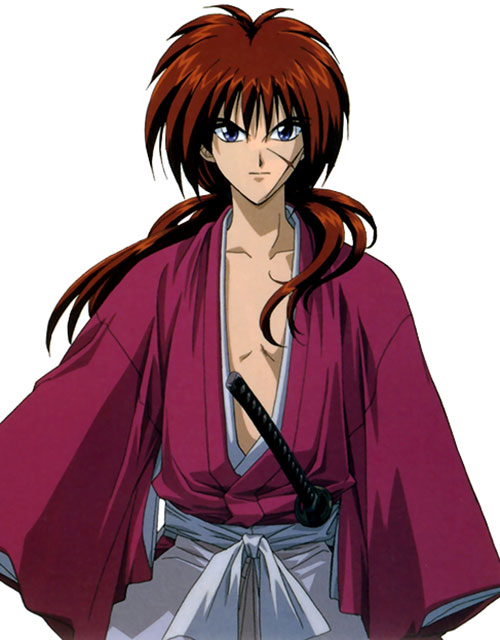 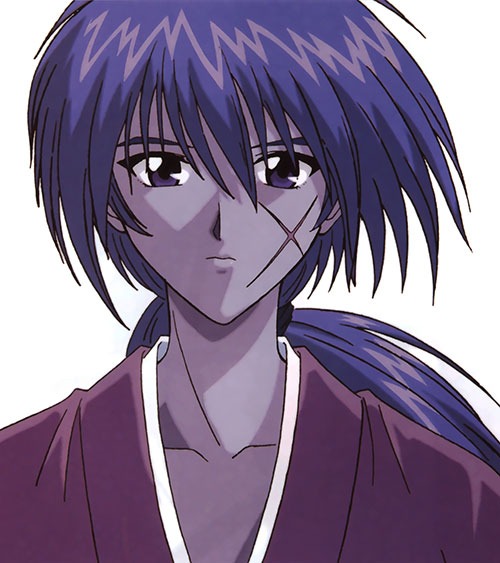 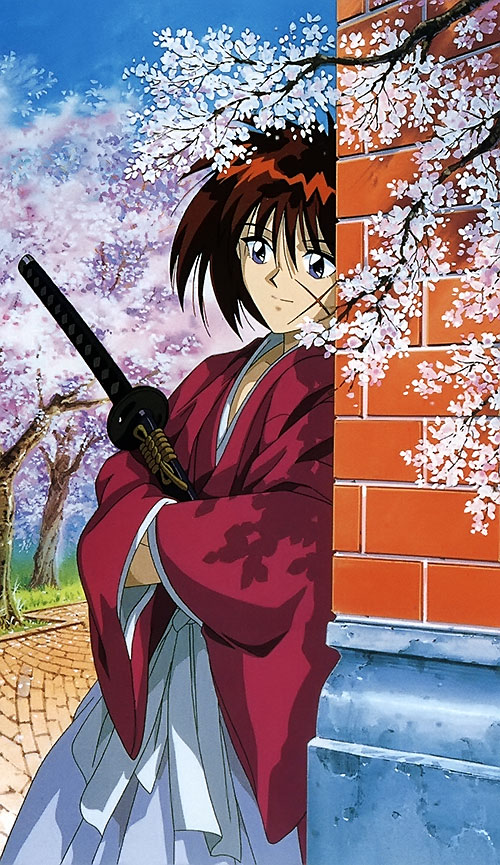