Hogun is the most efficient of the Warriors Three. That means 670lbs of super dense, super fast fighter able to punch through steel walls. And with centuries of experience in his trade and the martial arts.

While he’s supporting cast, Hogun should never be underestimated. This guy fought Fafnir the dragon along with Thor, and has shared many of the Thunder God’s adventures along with the Warrior Three. He even destroyed Seth using the Black Knight (Dane Whitman) as a projectile weapon.

Very little is known about Hogun before he joined the Warriors Three. This band of gallant adventurers and defenders of Asgard consists of himself, Fandral the Dashing and Volstagg the Enormous.

They have fought along with Thor and/or Balder numerous times and ventured on Earth in several instances.

The Warriors Three’s nicknames are pretty accurate. Hogun the Grim is indeed a quiet man of few words, keeping his own counsel and speaking only when needed. Gaining his respect and friendship is a daunting task. However he’s extremely loyal to those few people who have won his support, as he has proved time and time again. 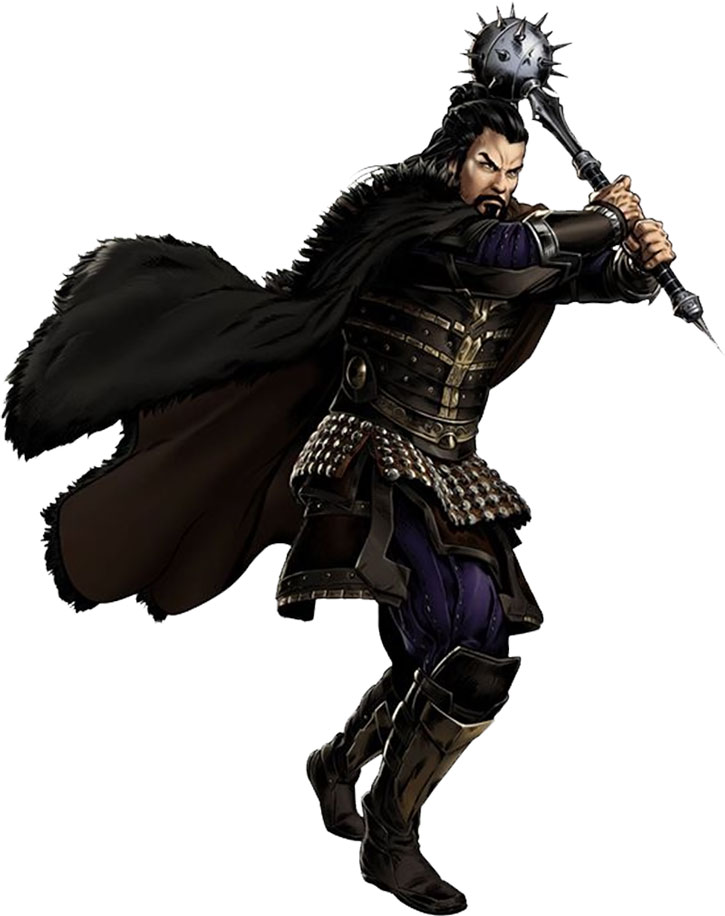 Even when he feels great, he’s a stoic and cold man, and few have ever seen him smile. When the goings get tough and the times seem dark, he’s downright depressing.

In combat, the Grim lets his terrible mace do the talking. It is usually eloquent enough.

Asgard in the DCU is quite different from its MU counterpart, so I’d advise against using MU Asgardians outside of a transdimensional jaunt. Odin or Karnilla could probably pull off Access-like Dimension Travel effects… Although this would put Odin in Odinsleep for a few days, and Karnilla’s spell would be accompanied by inevitable omens that will happen during the journey.

A transdimensional journey by Thor and the Warriors Three in the DCU, in order to resolve some quest, might be amusing. Especially if the Dimension Travel somehow muddle their memory and they forget what they know about the modern world. Hmmm… Personality Transfer and Enchantment on the reanimated bodies of long-dead Viking warriors ?. 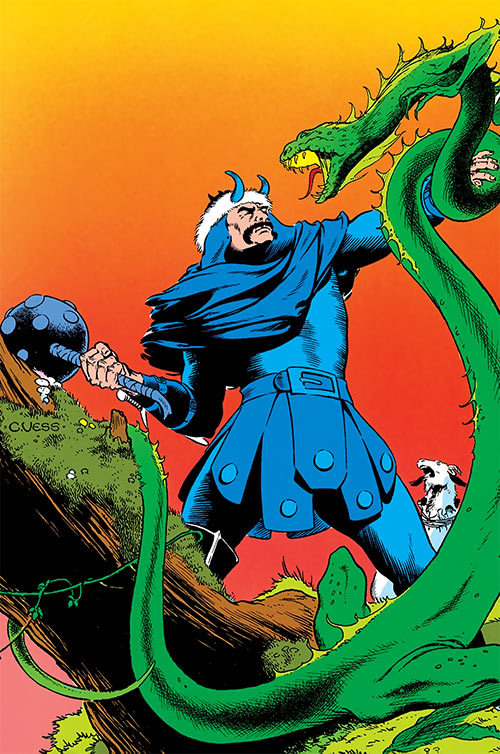 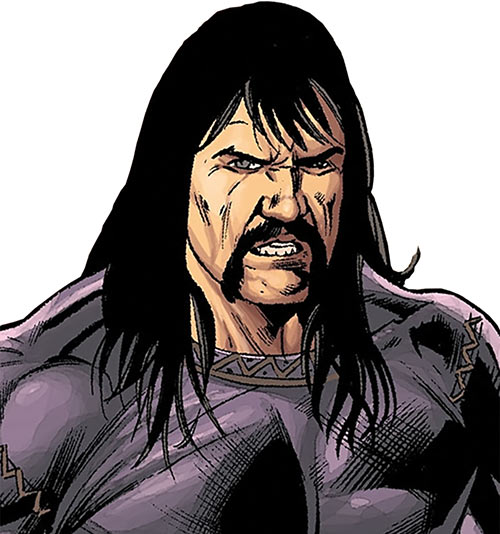