So, I was taking a video game break.

Yes, I know ! This is very exciting and newsworthy !

I was playing semi-obscure, slightly-janky-but-fun Russian game Thea: The Awakening. During one random event, I rolled one of the goofier results, and so a demon joined my village. We called her Nadezhda.

Here’s a mini-profile, since it was funny. Most of the details are made-up to match the tone and lore of the game.

She doesn’t really look like one. Hohlicks are small, winged and with big eyes. They’re playful, mischievous (but not evil) fey types. Vaguely like Breton korrigans or Irish leprechauns.

Perhaps she’s a teenager, and most hohlicks that humans can see are children.

Nadezhda is impossibly strong for her size, physically resilient, and knows a bit of demon magic.

She’s also used to living deep in the dark, dark woods and is good at punching foos.

She need not carry a sword or ax. Her fists and taloned feet are deadly enough.

This forest demon has some minor taboos common among demons of the land. These are a bit like geas  .

She must always wear a bright red article of clothing. Though that doesn’t hinder her as it does shape-shifting trickster demons. 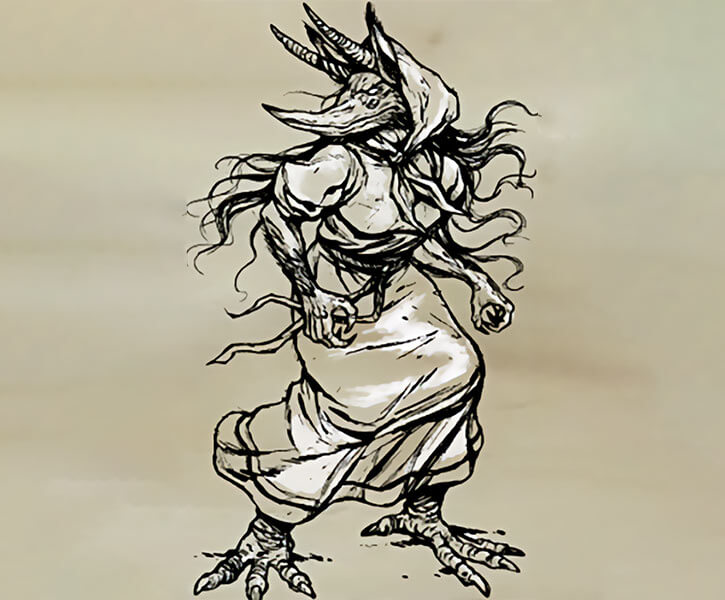 For centuries, the world was plunged in darkness.

The sun was barely visible, and the Slavic cultures of the land nearly went extinct. Even their gods found themselves greatly reduced in power, becoming little more than ghostly wizards.

Survivors endured as they could in fortified villages. One village in particular, Ostoya, was protected by the shade of the fallen god of the sun, Svarog son of Perun.

As soon as the sun came back, they organised under his guidance. The Ostoyans were determined to secure the area, and discover what had happened to the sun so long ago.

The industrious villagers toiled. Eventually the two craftswomen of Ostoya, Bogumila and Vshebora, decided to marry. In no small part since almost all the men were away on constant armed expeditions.

There was a big, week-long ceremony. There was a lot of dancing, feasting, and day-long storytelling contests (which the betrothed were expected to win, or else).

The union was blessed by Svarog, and everybody ended up with a terrible hangover. 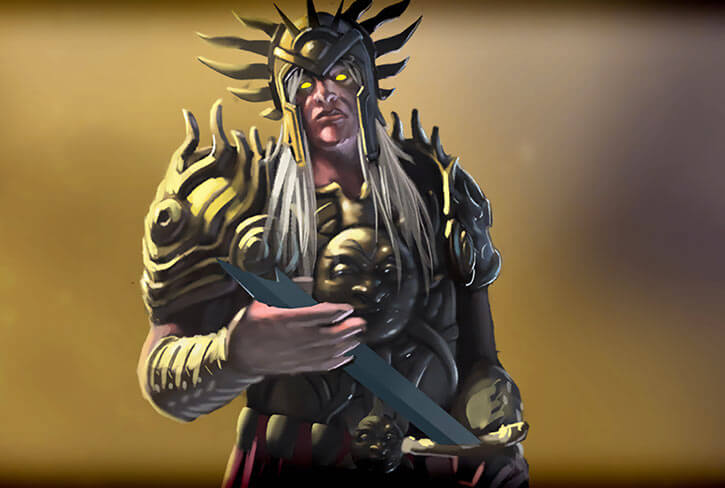 The ghost of Svarog, son of Perun.

Honey, we have another guest

But the weirdest part was when a woods demon strolled in to join the festivities.

The warriors were away, and though the intruder wasn’t hostile she was terribly strong. She was thus diplomatically allowed to join the party.

Once it was over, she stated she’d stay. There wasn’t much the hungover partiers could do.

She didn’t seem to have a name, so she became Nadezhda Hohliskaya.

The hohlick demoness wasn’t too good at agriculture. But she didn’t mind helping with moving heavy stuff. That’s certainly useful on a farm.

She also knew about obscure forest herbs, and could do some spellbreaking.

After the expedition came back to rest, it was agreed that she would join the next journey.

Though she was once badly wounded by evil magic crows, she made a full recovery.

Kinda like a mutant horned humanoid wingless pterodactyl, I guess. A small one.

Her babushka and dress were presumably sewed in Ostoya. So one assumes the colours and details are typical of traditional Slavic countryside dresses.

As it happens, Ostoya has all of that. Though the brewskis are potato beer (to make what little barley malt is available last longer). And the foos are marauders and beasts prowling the desolate, giant-spider-infested, undead-plagued countryside. 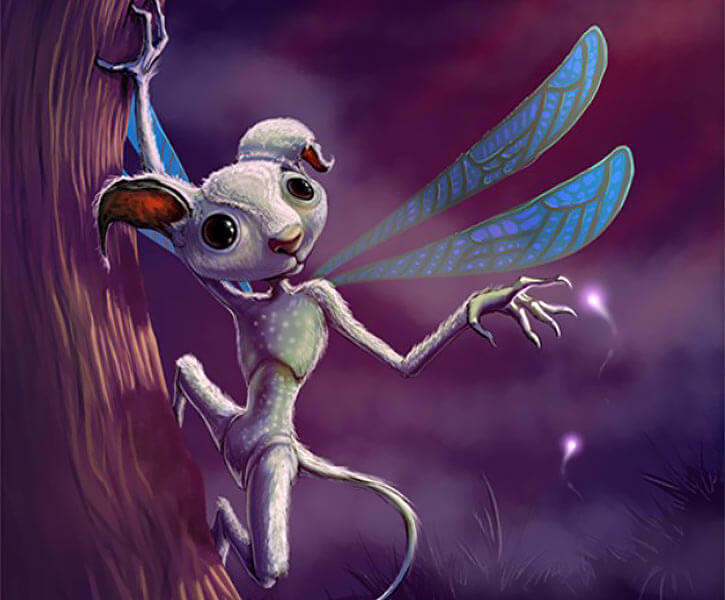 Neutralise only to break curses and enchantments.

Source of Character: Thea: The Awakening.