The advertisements in this profile brought to you by The Man.

Homey has no powers to speak of. He will always have his black sock filled with tennis balls in his right hand ready for use. Homey has a fairly quick wit and can come up with a quick rhyme on the spot.

One on one, Homey seems to be able to fight and beat most normal human adversaries, strangling them or tying them up off screen.

After 8 years in prison, Herman Simpson works as a clown as part of his parole agreement. Even though he is always dressed as a clown and taking on his “Homey D. Clown” persona, he doesn’t always take jobs for a clown. On separate occasions, he has worked as a substitute teacher and as a mall Santa. 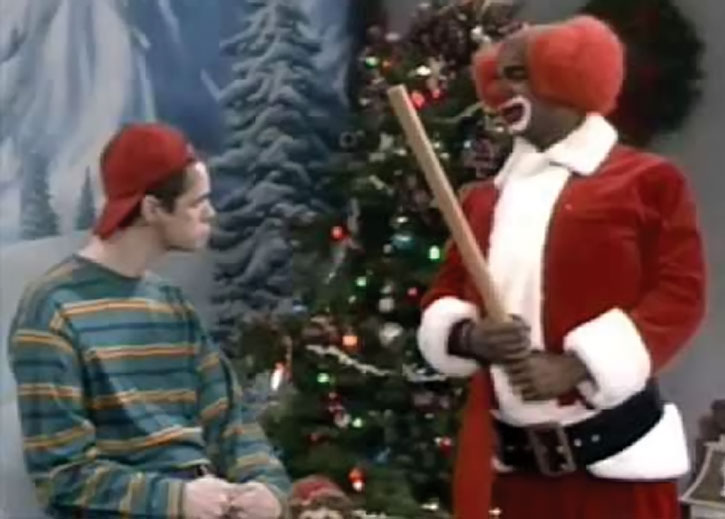 Homey also does self-promotion like setting up a one-stop carnival or converting a Chuck-E-Cheese into a home. In one episode Homey convinced a scout group called the Woodpeckers to turn on their leader, each member wielding a black “Homey” sock and his familiar rhetoric.

At one point it appeared Homey sold out to the Man, doing whatever the Man wanted so, he could get closer to him. Finally, his plan came to fruition and Homey had an audience with the Man himself. Homey took advantage of this and bopped the Man several times on the head with his sock to disgrace him.

While dressed as a mall Santa, Homey wore the clown outfit, but added a Santa over-coat. In a dream sequence he worked at a restaurant, he was still in his clown make-up and oversized shoes but wore a tuxedo instead of the yellow and orange clown suit.

A frustrated and sometimes violent young man, Homey hits anyone who asks him to perform standard clown antics with a tennis ball-filled sock. His goal in life is to get even with “The Man”, a personification of the White males that are “holding him down”. The Man later turns out to be an actual person.

Homey usually ends his clown act with a sing-along, which normally ends with him in a degenerating rant.

Homey often refers to himself in third person and will rant about the Man and the Establishment. His irrational behavior once caused him to give up a girl, Sally, even when he was head over heels in love with her. Homey saw her love as a plot to “whiten him up” and as we all know…”Homey don’t play dat.”

(Speaking to his parole officer about his file) “It’s a long list of lies perpetrated by the “Man” to keep a brother down.”

Child at a party: “Why did you become a clown ?”
Homey: “I guess it’s because I’ve got so much love to give… and it’s part of my prison work release program. I got about 5 more years of this clown crap.”

(At a school where Homey is student teaching, one of the children suggests the class finger-paint. Homey shows them how the “Man” finger paints by dipping the girl’s finger tips in the paint and rolling them as if taking finger prints.)
Girl: “It’s not very pretty.”
Homey: “Damn right it ain’t. By the looks of your face neither is your momma, now sit down !” (Smacks her in the head with the sock)

(Girl asks to sit on Santa’s lap and tell him what she wants for Christmas)
“Oh, so let I get this straight, you want me to lower myself so that you can assume a superior position and then demand tribute ?”
All the children together: “Yeah !”
Homey: (Whop) “Homey don’t play dat.”

“Hey, the White girl is off-beat.”

I have no idea…I guess put him on the street and have the players encounter him. Or if the players are doing some detective work they could come across Homey on a false lead.

Homey could always serve as an insert into an Ambush Bug adventure. Perhaps he runs into Ambush Bug and Cheeks the Toy Wonder and decides to compare notes.

Another note. There is some similarity in Homey to Obnoxio the Clown from Marvel.

Equipment:
Tube-sock filled with Tennis Balls [BODY 01, EV 00, Bonuses & Limitations: EV is limited to Bashing damage (-1) Cost: 02]. Normally used only for humiliation, Homey may AP add STR to EV of Sock for a stun effect but Homey doesn’t normally do this, surprisingly, even when he got the opportunity to bop “The Man”. 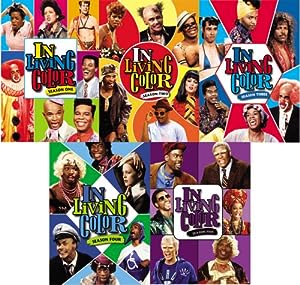 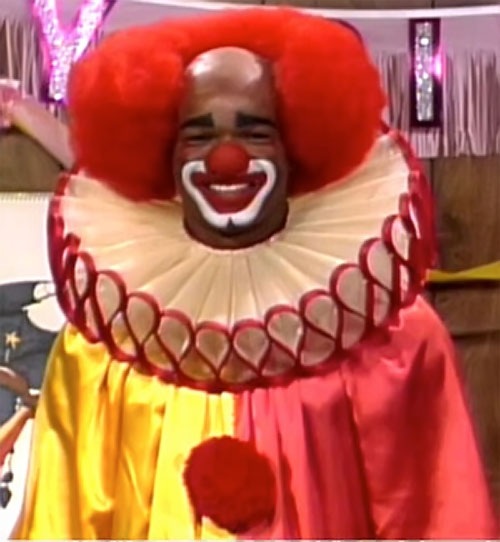 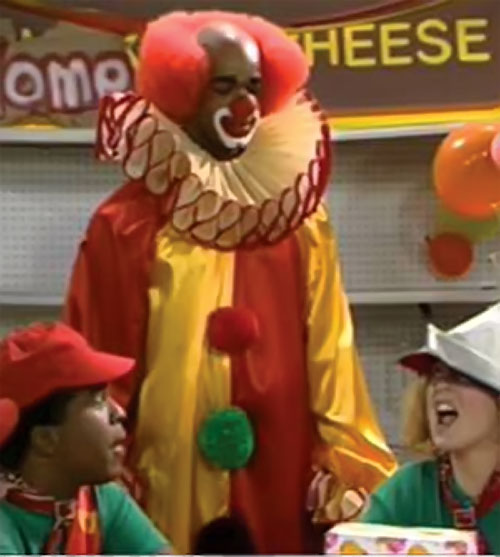 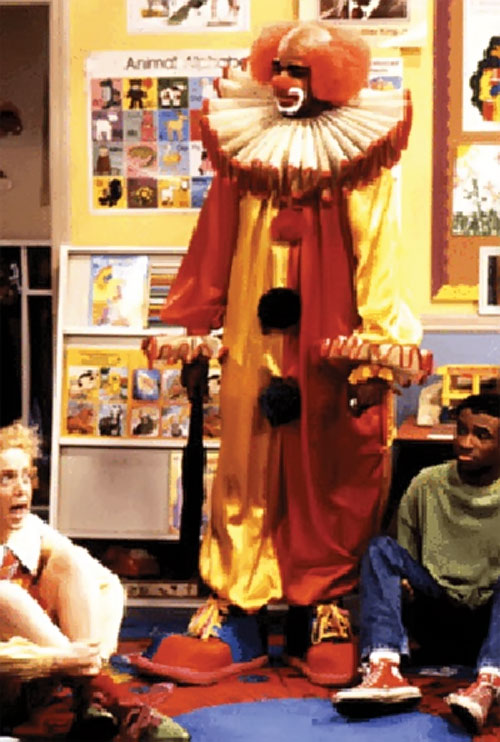