Hong Kong Phooey was a parody kung-fu/super-hero animated series during the 1970s. It aired as an Hanna-Barbera Saturday morning cartoon on TV.

I had no idea the show ran for a such a short amount of time. It lasted only four months in ’74.

I did this writeup on only 5 of the 31 shorts (Car Thieves; Zoo Story; Cat burglar; The Candle Thief; Green Thumb).

Of course it’s an honor to do a writeup for “the great Hong Kong Phooey.”

“Hong Hong Phooey
Number one super guy
Hong Kong Phooey
Quicker than the human eye
He’s got style
A groovey smile
And a fight that just wont stop
When the going gets rough
He’s super tough
With a Hong Kong Phooey chop !”

Despite his name and supposed years of training, Hong Kong Phooey is only a yellow belt. And a total clutz when it comes to the martial arts, many times attacking with his eyes closed. However when he misses he still does good collateral damage to walls and such that do get hit. He has also done a quick chopping motion with both hands on plants and knocked every leaf and flower off them.

He keeps his green car with a Chinese motif hidden in a trick dumpster. His confined headquarters is actually a maze of secret compartments and tunnels and doors in and around the Police station. There is nothing high tech about any of it.

Hong Kong Fooey is a mysterious super hero, the “number one super guy”. He travels about the city in his ’Phooeymobile‘, fighting crime with the aid of his manual, The Hong Kong Book Of Kung Fu.

Hong Kong Phooey’s alter ego, Penry, works as a mild-mannered janitor at the police station. His supporting cast there is the authoritarian Sarge Flint and the attractive telephone operator, Rosemary, who has a crush on Hong Kong Phooey.

After Rosemary gets a call and explains the crime, Penry runs into a rigged filing cabinet and (always getting stuck) transforms himself into Hong Kong Phooey. 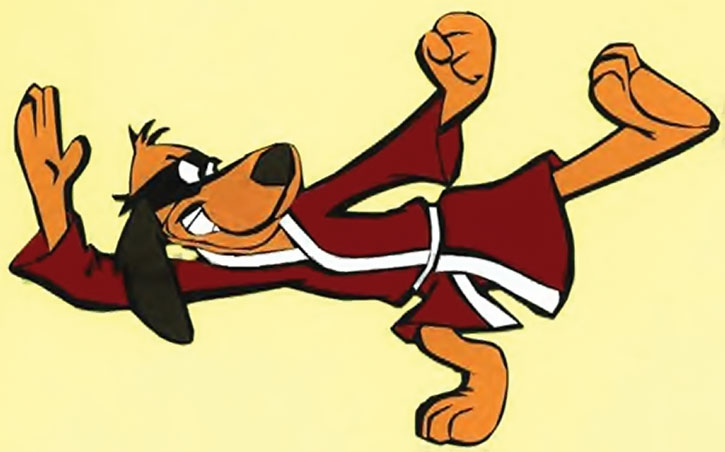 Hong Kong Phooey is a respected superhero who always gets full credit for Spot’s success. He’s so admired that no matter how much he inconvenience the locals, they always deferentially claim that it’s been an honour to have had their day ruined by “the great Hong Kong Phooey”.

He is an anthropomorphic dog in a world populated mainly by normal humans. Hong Kong Phooey wears a red gi with a yellow belt. To hide his identity he wears a black mask over his eyes. 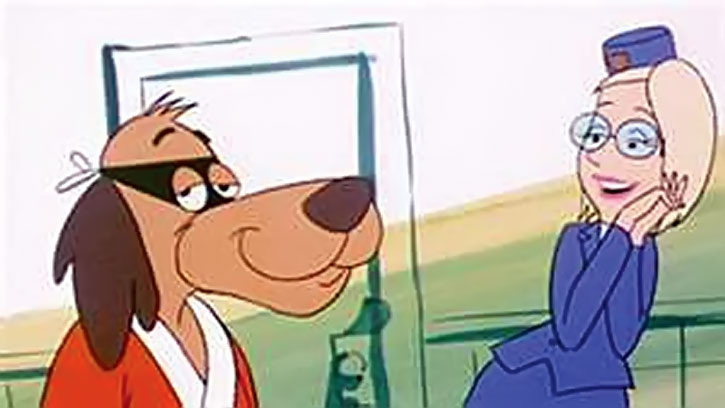 As his Alter-Ego Penry, he is quiet and friendly, doing his job without complaint. Always smiling like he knows something you don’t. Penry will often wink, or talk to the camera (as if he knows he is a Saturday Morning cartoon hero).

When troubles around, Penry is quick to take action as Hong Kong Phooey, heeyah!

In his Hero form, Hong Kong Phooey is thoughtful to others but always on the lookout for bad guys.

(After Hong Kong Phooey made an attack on a woman’s hat because of mistaken identity.)
Hong Kong Phooey: “Sorry lady, I thought you were Green Thumb.”
Lady: “No, but never-the-less, what an honor to have my expensive hat destroyed by the magnificent Hong Kong Phooey.”

Rosemary: “Oooh, Hong Kong Phooey, you’re so wonderful.”
Hong Kong Phooey: “That’s true too, but now I must be off. Busy crime fighter lets no artificial turf grow beneath his feet.” (then thinking to himself) “Besides I gotta get back to headquarters to finish my latest invention.”

“I’ll just check my book to see if there is a clause about four claws.”

Hong Kong Phooey would fit into the world of the Zoo Crew and could join up with the JLA (Just-a Lot of Animals).

A 1207 points character (without sidekick or equipment)

Advantages:
Insta-change (in file cabinet), Headquarters (Confined), Luck, Popularity, Side Kick (Spot, pet cat), Schtick (My Playground, My Rules — but HKP must read a section of his book first).

Advantages:
Language (English, though he couldn’t speak it himself. He can whistle though), Sharp Eye.

I originally had Gadgetry only working on automobiles but Penry showed he was an inventor too when he created an super duper battery powered mop. Then, according to Rosemary this was not his first invention. The folding waterbed may have been. He also made a mechanical backscratcher.

I was reluctant to give Hong Kong Fooey Artist(Actor) but he does disguise himself in many episodes. Normal people and crooks have a hard time seeing through them.

In one episode, Hong Kong Phooey didn’t want Rose Marie to catch him as Hong Kong Phooey when she was expecting to see Penry instead, he reversed time. But only for him in his small area and reversed a cut tree limb, and a bunch of papers flew back where they were originally, then Hong Kong Phooey himself flew back into the file cabinet and came out as Penry.

There are lots of other crazy examples of things he does but usually no more than once per episode. So, I gave him Omni-Power to cover this oddness.

Lastly, when it came to Hong Kong Phooey’s book The Hong Kong Book Of Kung Fu which he consults in almost every episode, looking for some martial arts technique to solve a problem. Many times he announces the name for a technique like the “Lotus Blossom Bounce” or the “Rice Patty Power Plunge” and jump in with a chop or a kick (I assume he didn’t spend the hero points to alter the environment here).

However, sometimes he does some pretty odd stuff. For instance, while trying to escape a jail cell. Hong Kong Phooey struggled at the bars hopelessly, read his book, then grabbed one bar pulled it back like it was a rubber band and sling-shotted himself out of the cell.

This seemed like “Altering the environment” to me. I did look at the Schtick “My Rules my playground” and though the text of that schtick doesn’t sound like Hong Kong Phooey, the mechanics work perfectly.

Alan Lau and Wildbrain.com  produced a Flash cartoon. It “aired” on CartoonNetwork.com . While Penry seems unchanged, Hong Kong Phooey is a much larger, muscular and skilled fighter. Spot the cat is nowhere to be seen.

The Anime effects in this short episode are just that, “visual effects”. I’m not going to put game mechanics to how he survives rocketing up in the file cabinet then falling from an undetermined height while transforming into Hong Kong Phooey making a huge impact in the earth when he hits (as a note because of this I raised his strength from a 04 to a 05).

Also the Genre has shifted to Action. 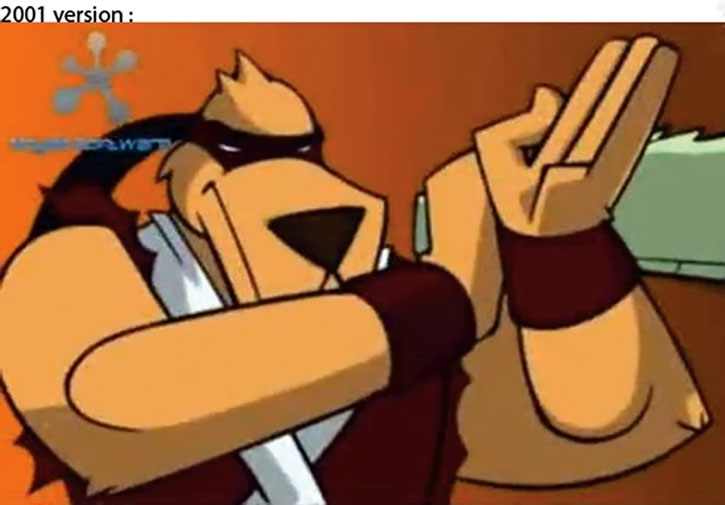 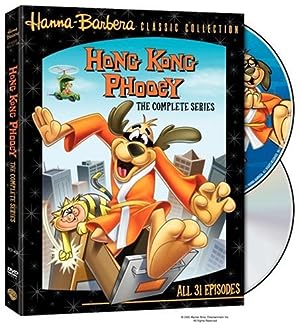 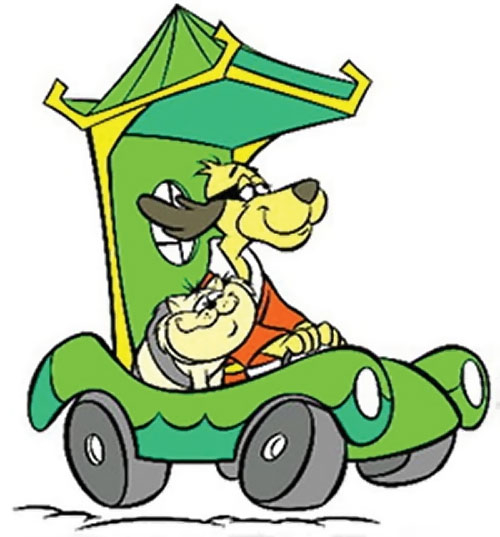 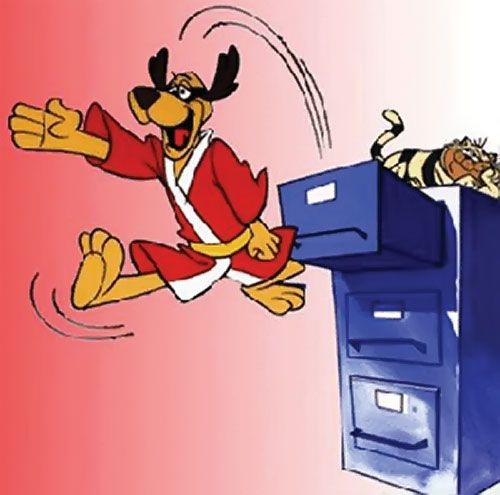 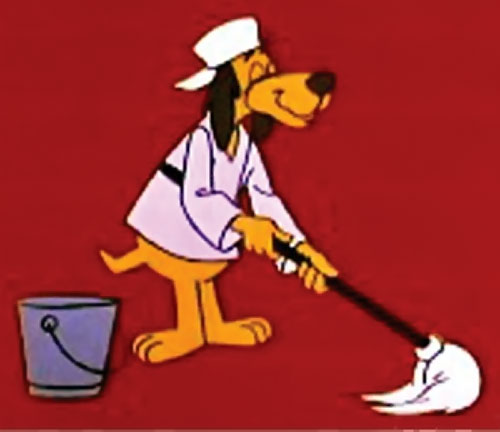 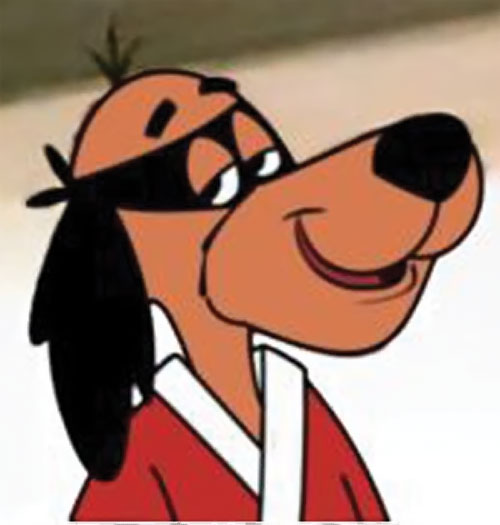 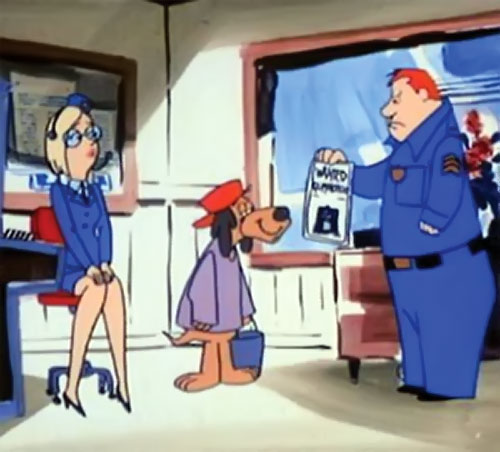 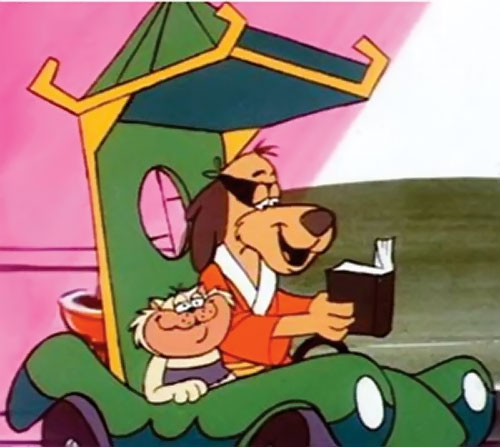