Horace is an evil version of Herbie. He was an interesting enemy for the love bug.

For more context, you can first read the Herbie the Love Bug character profiles.

As Horace was made using the same blue prints and manufacturing techniques as Herbie they are virtually identical in their abilities. Like Herbie, Horace is much faster than your average 1963 Volkswagen Beetle.

It’s presumed Horace could perform stunts similar to what we see Herbie do in other films if only he was more disciplined.

On top of this Horace has three modifications added to the original design.

Doctor Gustav Stumpfel is the creator of Herbie. Through his genius and sheer luck he built a living car. In 1997 Stumpfel was contacted by Simon Moore III and persuaded to build a second little car.

Herbie was built using the love Stumpfel felt for his wife. Horace on the other hand was made using Simon’s malice towards Herbie. Stumpfel was quite shocked by Horace and demanded it be destroyed. But Simon and Horace had other ideas.

Horace drove around town and found Herbie in a narrow alleyway. A savage attack completely destroyed Herbie. It was so violent the attack was entirely shown off-screen.

Horace wasn’t good at sitting around waiting. When Simon took him out Horace wa s hard to control. They were both surprised to see Herbie in one piece again. Horace wanted to attack again immediately. Simon calmed him with the promise of future retribution.

Groovy
Simon challenged Hank Cooper, Herbie’s new owner, to a race of little cars at dawn. Winner takes both cars. Hank accepted but had no idea what he was going to be up against. 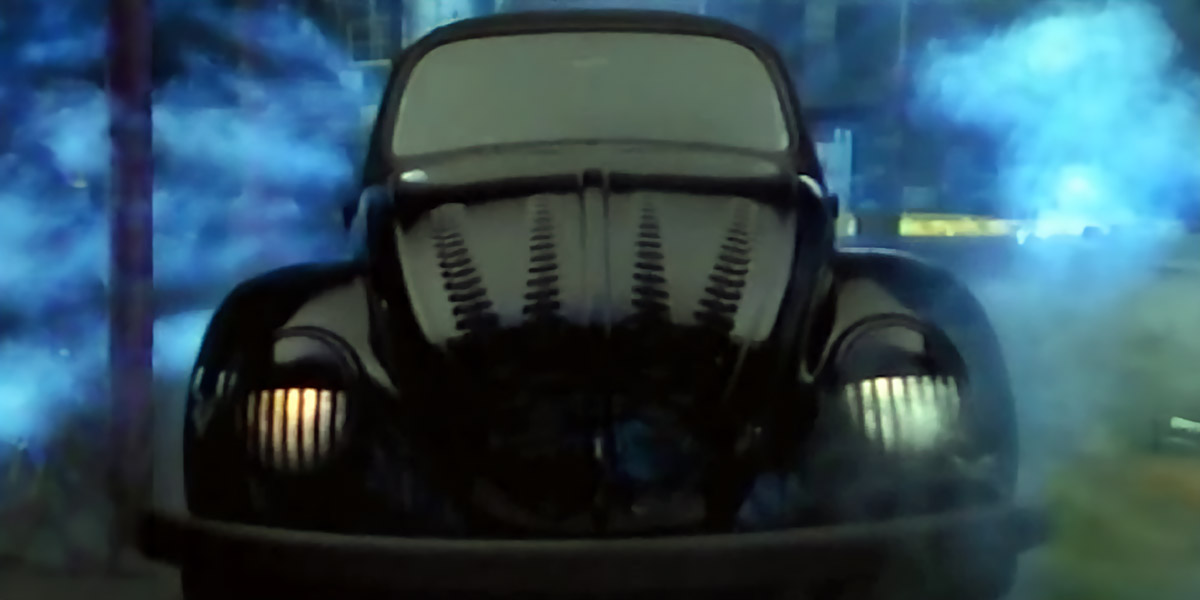 The next day they raced on a closed course. Horace took an early lead but realized soon enough that Herbie was just as fast and could even overtake him. Simon unveiled Horace’s modifications and used them to even the odds.

Horace even used his powerful laser to cut Herbie in half. Herbie fought on driving each half on two wheels and won the race taking first and third. With his occupants out, Horace angrily attacked again. However, his blind charge sent him careening over a cliff to his explosive end.

His appearance is similar to a normal Beetle. However he’s painted jet back with distinct aesthetics like louvers on the hood. He has molded bumpers instead of metal.

Horace acts more like an animal than a person. A mad dog barely held back by a chain.

He hates being cooped up. He will hop up and down revving his engine anxious to get out. Horace was built with a lot of contempt and anger and it shows through at all times.

When Horace is driving he always drives fast. Simon had a hard time controlling him.

Alex Davis: “Ok boys, very simply, we ‘re up against more horsepower, faster aerodynamics, and one really nasty Scotsman. We could get our tails kicked.”

Put Horace alongside Herbie in the Wacky Raceland  mini-series or on his own.

He was destroyed at the end of The Love Bug. However, bringing another Horace back to life shouldn’t be too difficult. Small parts and at least one wheel remained. He could be rebuilt with new and more powerful modifications.

A 274 points Character (Without equipment)

Skills:
Vehicles (To drive himself): 05

Bonuses and Limitations:
Vehicles skill can be used to aim any fluids he has at his disposal. Water, oil, whatever. Since the skill usually covers a vehicle’s weapons.

Drawbacks:
Cannot Heal (may be repaired, 25 points), Serious Irrational Hatred of Herbie, Power Loss: Running drops to 00 APs if out of gas/air to run the engine. Note: This does not mean Horace can’t move! He can still move all his parts, even his wheels but uses Running rules based on his Dex instead.

Equipment:
I placed Horace’s modifications under Equipment because each of them were controlled by the driver or his passenger and not Horace himself.

Horace attacks Herbie in an alley. Since they have near identical stats it’s hard to understand how Herbie was smashed to bits and Horace took no damage at all. Herbie was trapped in an alley and couldn’t maneuver. I’ve given Horace an AP of Body to help explain this.

Horace is doing ramming attacks and got one good running start with his first attack that must have done most of the damage. After that he was just repeatedly bashing Herbie.

Source of Character: The 1997 film The Love Bug. 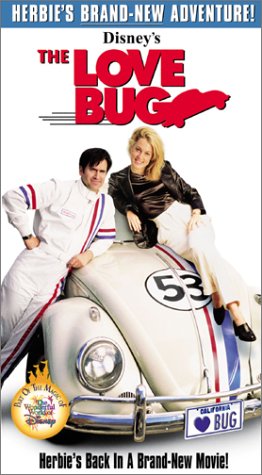 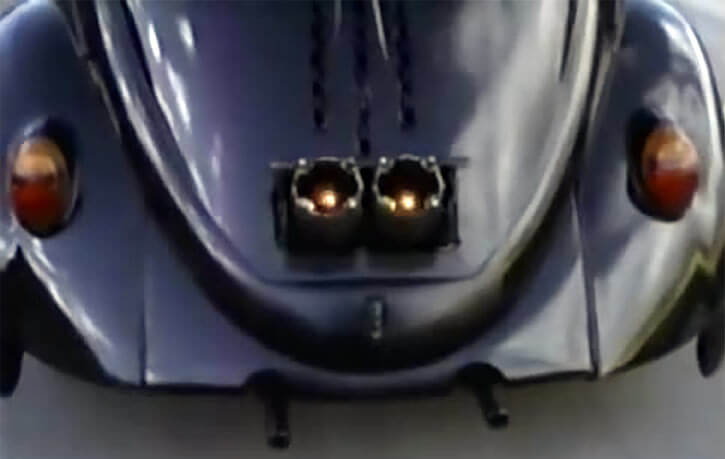 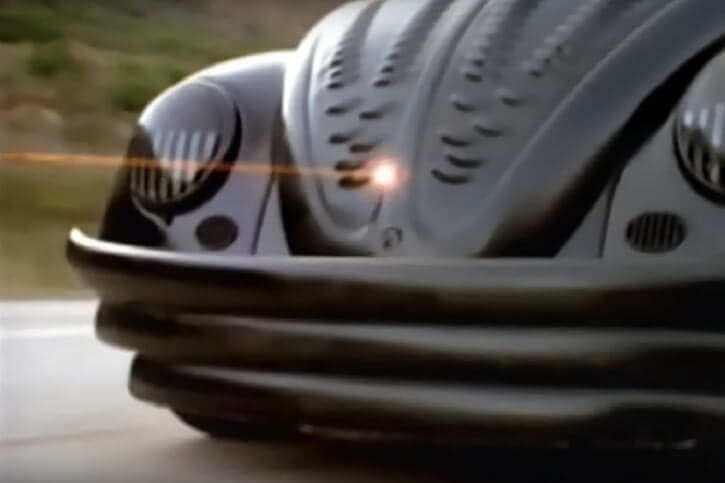 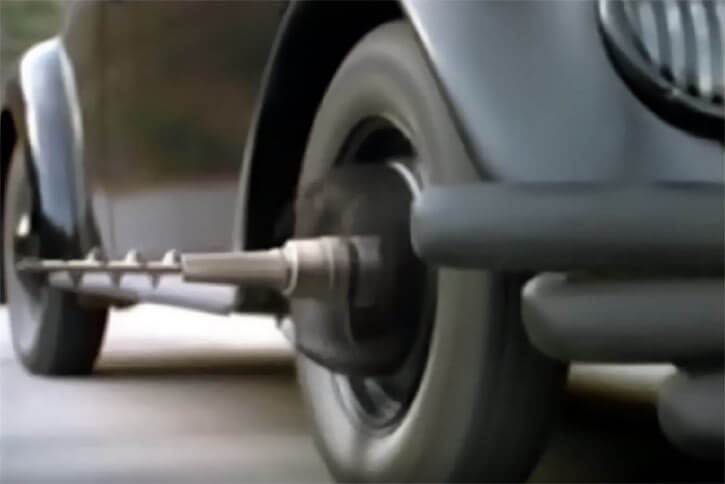