Before his accident, Henry was just your typical big thug. Now, his harness has an anti-gravity generator enabling him to fly at about 100 mph.

His gloves are capable of oscillating the air molecules around him – producing simple blasts that can shatter brick, or creating an ambient field of kinetic energy, protecting him.

Henry has received some solid training with his equipment. He usually first activates a Vibro-Field (Force Field), then flies out of hand-to-hand range, commencing to blast opponents with his VibroStings (Vibe).

Barnet was a small-time hood and lousy safe-cracker. While attempting to rob a grocery store he blew himself up. The resulting explosion permanently robbed him of his sight.

He was approached by an unknown secret organization who replaced his useless eyes and trained him in Supervillainy 101. The catch? Follow their orders implicitly. This eventually landed him in the Crushers ranks. 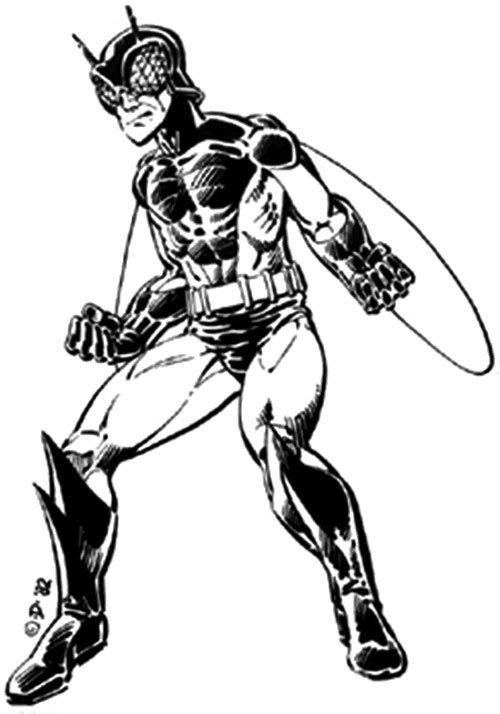