His fist-rams are derived from the weapons of the supervillain Jackhammer, but were considerably enhanced by Hydra techs. They allowed Eisele to pound on a grown Atlas and get results.

Eisele is a veteran Hydra assassin. For a while he worked for the Jaguar, a minor supervillain who had become head of Hydra assassinations. Eisele worked his way up, built up an excellent rep as a successful agent.

This team was deployed against the Thunderbolts to avenge Hydra defeats at their hands, and almost managed to defeat them before Hawkeye’s leadership turned the battle. 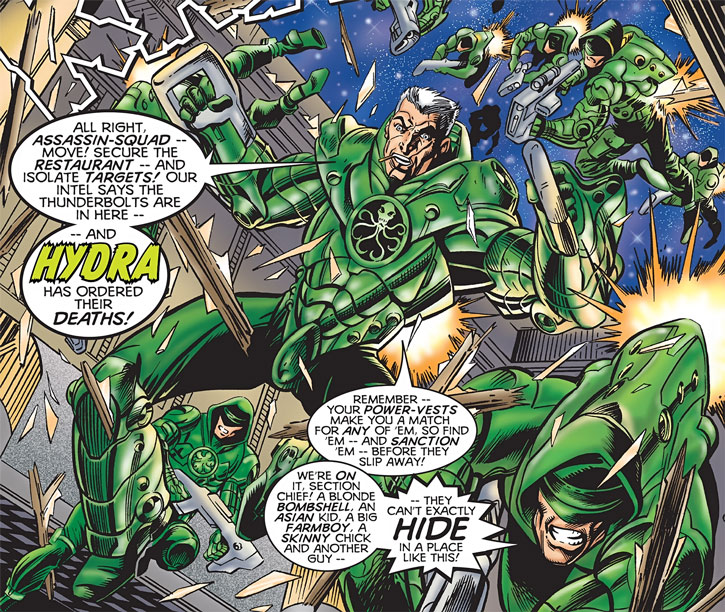 Eisele is a cold professional, shouting orders at his troops and building up their morale. He’s often see smoking a cigarillo and has easily recognizable facial scars.

“Keep them apart ! Keep them from backing each other up ! Separate ’em and overwhelm ’em – one by one ! Long as they can’t work together they don’t stand a chance !”

The stats probably can be used for any hard-hitting military squad with jet packs, big armor and lots of firepower. 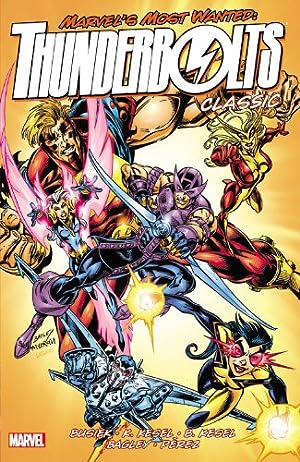