This profile is about a minimal “character” that doesn’t even have a name. Thus the name we use is made-up. Hence the quote marks.

As always, you can use the breadcrumb above to display an entire category (such as the “Hostess Cakes” one).

This creature appears to be a nine-story New York City townhouse turned into a humanoid giant. Its sparse dialogue implies that it is some sort of robot.

It could take a punch from the Thing (Benjamin J. Grimm), but fell apart with a more sustained beating.

The Townhouse That Walks begins its rampage near Yancy Street. ”I am programmed to destroy.” it utters, hinting at vast wealths of subplots and backstory we shall never get to explore.

The nearby Thing (Benjamin Jacob Grimm) tests its resilience with his “Sunday punch”. That doesn’t achieve much. More effort will be necessary from the blue-eyed idol of millions. However, the street is now packed with daft rubberneckers. They will surely be hurt if Ben ramps up his attacks.

A cunning solution to this housing crisis !

The Thing *just happens* to be carrying a large sack filled with Hostess® Fruit Pies. Like a Moses of real fruit filling, a prophet of light tender crust, a messiah of delight found in every bite, he throws these at the adoring crowd.

Now that the people are out of the way and enjoying the pies, Ben reduces the Townhouse That Walks to a huge pile of bricks. Irony, or something.

And thus now the Thing is left without fruit pies. Oh, no. He truly is a tragic hero. And everybody is still too busy eating his fruit pies to commiserate.

In the concrete jungle, there is no pity to be found.

In 1977 (Fantastic Four vol. 1 #188), the Molecule Man possessed Reed Richards. During his rampage in Manhattan, the Molecule Man animate a high-rise, with people still inside. This animation looked almost exactly like the Towhouse That Walks.

This incident occurred three years before the Hostess story was published. So it is faintly possible there’s a link, such as residual psionic  energy or some such.

The Townhouse was continuously belching some sort of white vapour. Perhaps therein lies the greater mystery of its enigmatic purpose !

It was programmed to destroy. That’s not nice. 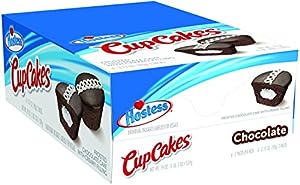 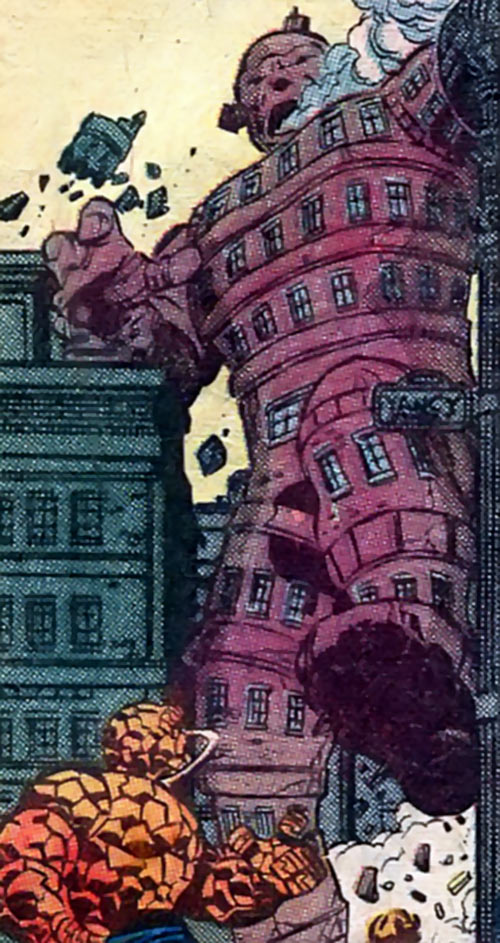