Hot Rox is a somewhat shapeless, metallic humanoid. She radiates enormous heat, but can regulate how much energy leaves any part of her body.

Hot Rox is immensely strong, and can release enough heat to incinerate human being she’s touching within seconds.

Roxanne Porter used to be a receptionist at an insurance company in Cleveland. However, her Theta virus infection went active when she was about 20.

Representatives of corrupt millionaire Malcolm Kort reached her in time to offer a treatment. It would save her life and give her some sort of powers.

She took the deal, and was turned into her current state. This made her the second “potential” to be successfully activated by Kort’s staff.

Hot Rox has been working as an enforcer for Malcolm Kort. She chiefly works security since she’s far from discreet.

Porter was present when Ghoul blew up Kort’s corporate headquarters, and hasn’t been seen since. Given her ultrahuman durability, it is possible that she survived.

According to the writer’s notes Hot Rox was supposed to be 6’7” and 400 lbs. Yet she’s drawn markedly larger than the gigantic Supreme Soviet and the data in this entry reflects that.

Her apparent size varies significantly from issue to issue, though.

As Hot Rox it is hard to say since her speech is difficult to understand.

She seemed loyal toward Kort, even when that involved murdering people.

The writer’s notes described Porter as having been perky and personable, but also underpaid and professionally and sexually harassed by her employers. Apparently she enjoys her newfound power and deadliness. This would imply great bitterness about the abuse she suffered during her short career.

This writeup acknowleges a soft cap on defenses of 20. If you are using the optional uncapped benchmarks, you can increase her Heat Resistane to 4 ranks each, and the Protection and Enhanced Fortitude provided by Heat Aura to 5 ranks each, raising her power cost to 42 points. 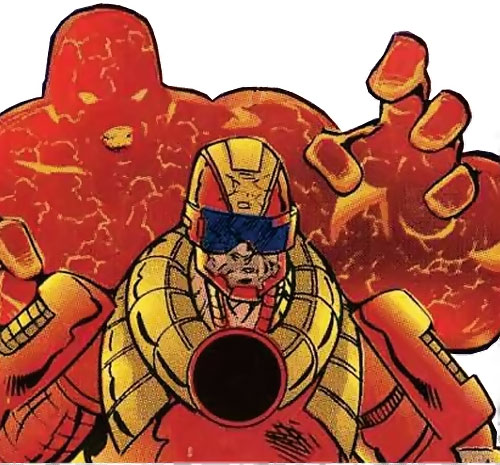 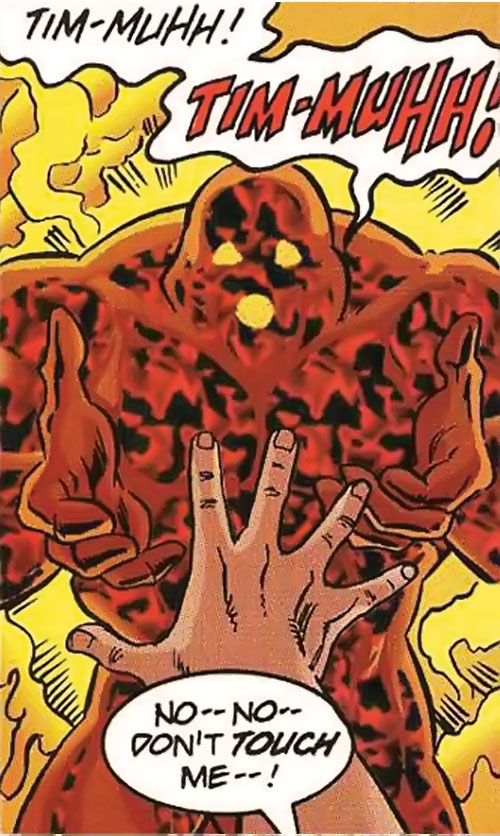