Hotness is a member of the Freelancers mercenaries.

He has a vague Burnout expyFictional character heavily based on another character vibe.

Hotness can shoot fire from his palms.

He seems to be in good shape. 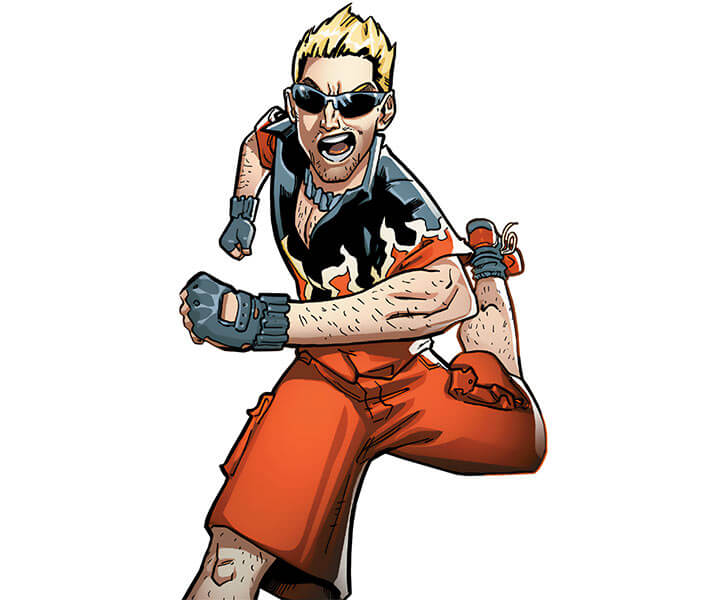 He’s a bit fastidious about his appearance, wanting to look attractive at all times. As his codename implies, he sees himself as hot.

He seems to have an interest in sport. Hotness has the stock surfer dude mannerisms, and made references to gridiron football.

Hotness seems to be the least political of the Freelancers. He’s just here for the benjies, and doesn’t want ideologies to get involved.

In one story, his lines sounded a bit like The Dude’s. Perhaps he’d just watched The Big Lebowski again.

He sometimes goes for fire-related puns and oddly dated references. But that just doesn’t catch. So to speak. 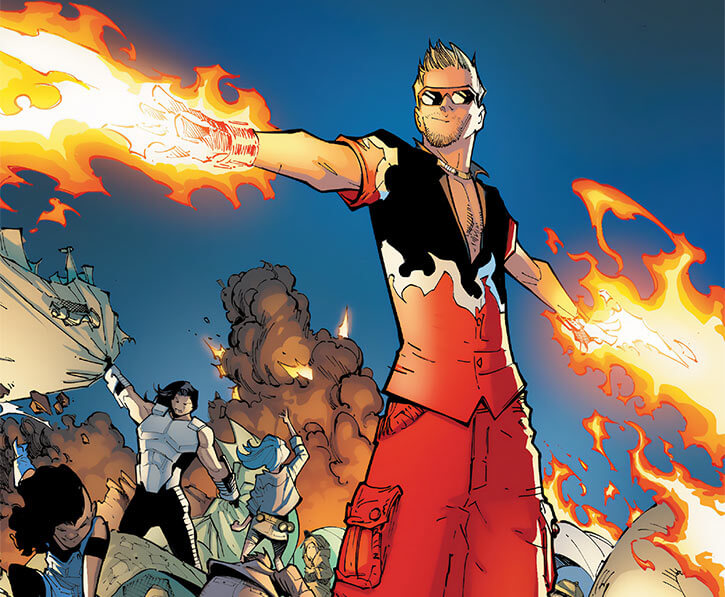 Hotness: “The name is Hotness, but you can call me disco inferno, because I’m about to burn this mother down !”
Spider-Man: “‘Disco inferno’ ? Has it really come to this ?”

None demonstrated, but presumably has vehicular skills.