Houndeyes are pack animals, and travel in groups of 3 to 10.

In DC Heroes RPG terms, they instinctively make use of the Team Attack maneuver. They will encircle an opponent (or small group) and use their Area-Effect Sonic Beam attack. They can effectively Multi-Attack and Team Attack simultaneously because of the Area Effect Advantage.

Houndeyes came in shortly after the Headcrabs and roam the halls in packs.

Picture a dog with its head chopped off and a sonic membrane grafted in its place. Now, imagine that it has only one centrally-located back leg and reptilian skin. Got it ? That’s a houndeye.

They’re pack animals. They may run if enough of the pack is destroyed or if they’re hurt ; however, they’ll come back a few seconds later and attack again. 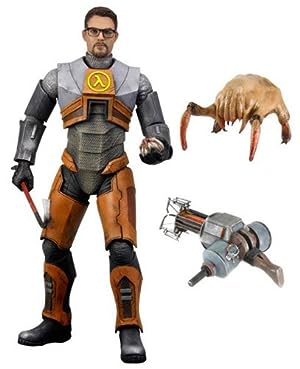