Hourman’s powers were originally derived from the drug Miraclo, a chemical stimulant. Its effects were instantaneous and gave him superhuman strength, endurance, and reaction time for exactly 60 minutes.

Later, Hourman found that reciting the phrase “Man of the Hour” activated his powers. Although Johnny Quick claimed this was because Hourman’s powers were actually due to a metagene that had been triggered by Miraclo, there is no evidence to either support or disprove such a claim.

Rex Tyler was born in 1913 and spent at least part of his youth in Ithaca, New York. Unlike some of his JSA peers, Tyler grew up in rather humble environs.

In 1939, Tyler was a chemist employed at Bannermain Chemical in New York. Tyler was a humble man, considered meek and timid by his colleagues and nicknamed “Tick-Tock” for his obsessive punctuality.

But in the late hours of the evening, Tyler worked feverishly in a project undisclosed to his superiors. He developed a drug to imbue ordinary men with miraculous powers (in some versions, it was an antidote to nerve gas that was being developed).

Tyler called his drug “Miraclo,” and after some brief experiments with animals, tested his Miraclo formula on himself. He was astonished at the effectiveness of the drug. For a single hour, he had incredible strength and speed, increased resistance to physical harm, and the ability to leap great heights.

After his initial uses of his powers created a row at a local carnival, he disguised himself in an acrobat’s costume and fled. He ultimately adopted the costume as his uniform.

When Tyler returned to his lab, he found evidence in his animals that Miraclo was maddeningly addictive. To his later regret, he ignored this evidence as a signal for future danger to himself.

Man of the hour

Tyler decided to use his discovery to become a force of good in the form of a mystery-man called the Man of the Hour, or Hourman. He started by taking out an ad in the local newspaper, soliciting requests from those who considered themselves beyond normal avenues of aid.

His first case was from the wife of a neophyte petty criminal named Johnny Kenton. Kenton had turned to crime due to the lack of work in Depression-era America, and Mrs. Kenton solicited Hourman’s help in changing her husband’s mind before he was apprehended by the police.

The gang with which Kenton had fallen in attempted a robbery of the New York Beaux Arts Ball, but Hourman appeared, foiled the attempt, and snatched Kenton himself. After tossing him around a bit to convince him to take the straight and narrow, Hourman released Kenton, who returned to a life of law and order.

This case also caused him to cross paths with the Golden Age Sandman, who was pursuing a case of his own. From this point, Hourman’s reputation began to grow.

In 1940, Hourman was selected by Doctor Fate to aid in the defeat of Valkyries summoned by Adolph Hitler’s use of the Spear of Destiny.

This case led to the to the formation of the Justice Society of America, of which Hourman was a charter member. Hourman served as a member in good standing for a year, but the two years of regular Miraclo use was taking its toll.

Following the JSA’s defeat of Ian Karkull, Hourman requested a leave of absence. He recommended Starman has his replacement. Hourman then spent several months working on an improved application of Miraclo. He used “black light” to activate the Miraclo residue already present in his cells.

While working late, Tyler was visited at Bannermain Chemical by Uncle Sam, the living embodiment of the American spirit. When Uncle Sam attempted to convince Tyler of an imminent Axis threat that required the service of Hourman. Tyler resisted. In a scuffle with Uncle Sam, Hourman’s dual identity was revealed.

Uncle Sam persuaded Hourman to join him and several lesser-known heroes on a mission in the Pacific Ocean. Most of the heroes were slain in a battle with Japanese “zeroes,” but Hourman was recovered by the Japanese and later turned over to Baron Blitzkrieg.

Uncle Sam, also among the survivors, led a second team of heroes to rescue Hourman, but the Baron eluded capture.

During the battle with Blitzkrieg, Phantom Lady’s “black light” device was dropped on the ground. The Ray activated the device and pointed it at Hourman, activating the Miraclo residue within his body. Tyler presumably later used this to develop his “Miraclo Ray” which he used later in his wartime career.

Through circumstances as yet unrevealed, Hourman hung up his cowl in 1943.

Over the next 20 years, Rex Tyler attained several objectives. He greatly improved the Miraclo formula to enhance his powers, though it still had addictive side-effects. He abandoned the use of the Miraclo Ray sometime in the 1940s.

Tyler also worked on his career, advancing up the corporate ladder at Bannermain Chemical. By 1962, he again became active. Along with some of his costumed comrades he participated in the first contact between the JSA and the Justice League of America, then resumed adventuring.

In 1965, he bankrolled an expedition to Asia by his friend Kent Nelson (Doctor Fate). This led to the recovery of the Masks of Medusa. The masks held mystic powers of manipulating emotion. Roger Hayden, a former cell-mate of the original Psycho-Pirate, stole the masks. He studied them and adopted the role of new Psycho-Pirate.

The new Psycho-Pirate was defeated by the combined might of Hourman and Doctor Fate. Shortly after this case, Rex Tyler revealed his secret identity to his fiancée, Wendi Harris, an aspiring actress. They were wed shortly thereafter. This union produced a son, Richard.

Through the years, Hourman battled with his addiction to Miraclo. By the 1970s, he was only semi-active in the JSA, particularly after being severely injured by the Icicle. Instead he devoted his time to Tyler Chemicals and the raising of his rebellious son.

In one case, he donned his costume for a final battle with a recurrent adversary, Doctor Kobalt. He arrested Kobalt’s henchman, Jimmy MacIntyre, the father of Billy MacIntyre. Hourman took an interest in Billy, appearing in secret to encourage the youth to choose the higher road.

These experiences shaped Billy’s decision to become the hero known as Triumph when he reached adulthood.

In the 1980s, when Rick was grown, Hourman began to make more frequent appearances. When the Crisis on Infinite Earths began, Hourman took an active part.

During a hospital fire, Rick ingested some of his father’s Miraclo and joined the fray. Despite the senior Tyler’s strenuous objections, Rick designed a costume and became the new Hourman and later joined Infinity Incorporated. When the JSA entered Limbo to stall the coming of Ragnarok, Hourman joined them.

When the JSA emerged 3 years later, Rick Tyler had given up the role of Hourman and contracted some form of blood cancer (presumably a form of leukemia), apparently due to the Miraclo. Hourman himself gave up Miraclo and attempted to find some solace in a drug addicts’ therapy group.

One of Tyler’s former colleagues in the All-Star Squadron, the super-speedster  Johnny Quick, had become involved in marketing the idea of “releasing the metahuman potential” in individuals with the affected genes. He convinced Hourman that his powers came from a metagene, and that the metagene could be activated without Miraclo by reciting the phrase “Man of the Hour.”

Hourman found then that he maintained all the strength, speed and endurance of before without the drug. He then returned to semi-activity, including a stint with the Justice League Task Force.

During the crisis known as Zero Hour, Hourman joined the JSA in its initial strike against Extant. During the battle, he and Doctor Mid-Nite engaged Extant in hand-to-hand combat and were aged swiftly and dramatically, more than their JSA comrades and far past what would have been their correct chronological ages.

(Hourman, like most of the JSA members, had not aged normally; a combination of chronal energy absorbed during the battle with Ian Karkull, and the time the JSA spent in Limbo, had left him much younger than he ordinarily would have been.)

Hourman died almost immediately from the strain. He was laid to rest along with the other slain members of the Justice Society in a brief memorial service.

Rex Tyler was somewhat socially-inept before his discovery of Miraclo, and gloried in his new-found abilities. He so enjoyed his role as Hourman that he turned a blind eye to its addictive effects for a long time.

During his later years Tyler’s focus lay in rebuilding his relationship with his son and battling the side-effects of Miraclo.

Because of Tyler’s on-again, off-again battle with Miraclo and his efforts to obtain prominence as a chemist in his civilian life, Hourman never attained quite the legendary status that the other JSAers enjoyed. Still, he was widely-recognized and his son was inspired to take on the role of Hourman.

There is also an Hourman in the 837th Century. Though this future Hourman’s powers are vastly different, it is an AI built on Rex Tyler’s genes using techniques derived from Tyler’s work in the chemistry field. Thus Hourman’s legacy lives on.

Equipment:
MIRACLO TABS [/DEX/: 06 /STR/: 09 /BODY/: 09, Jumping: 02, Running: 07, R#3. Limitations : each tablet’s effects last for one continuous hour ; after the effects of a tab wear off, Hourman I must wait one hour before swallowing another (or suffer a instant Cell Rot attack with an EV of 12) ; long term use of this version of Miraclo give an SIA to it ; only Hourman I, a son or a clone can use Miraclo. If the R# is rolled, Hourman is out of tabs]. 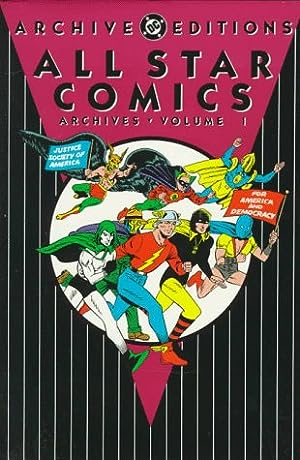 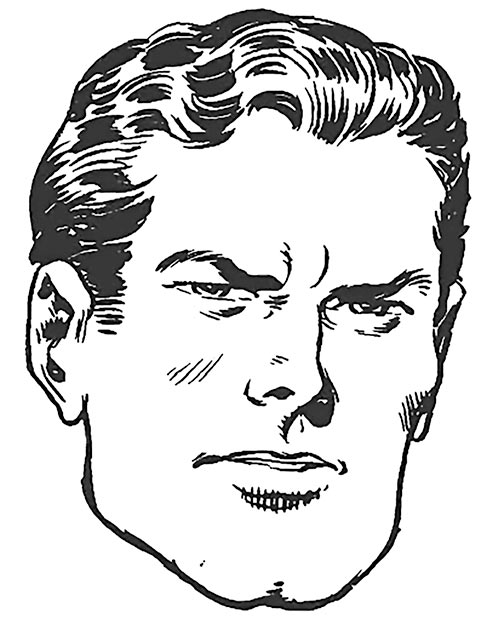 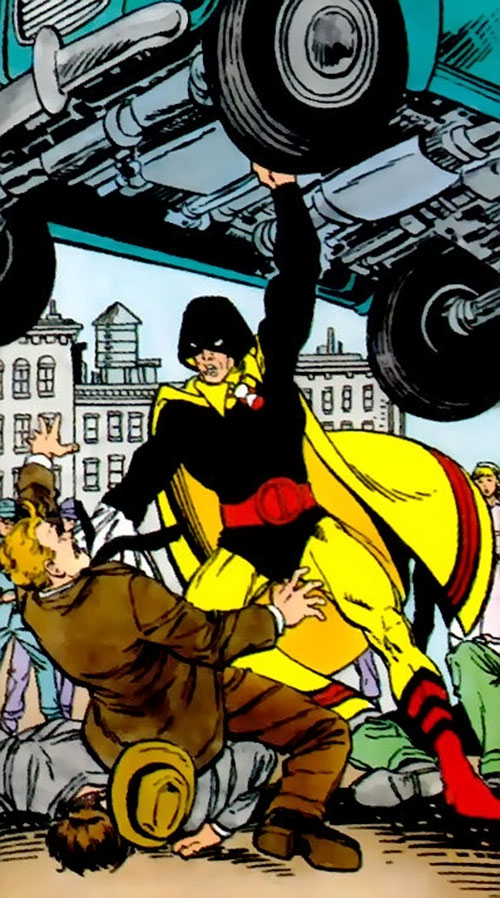 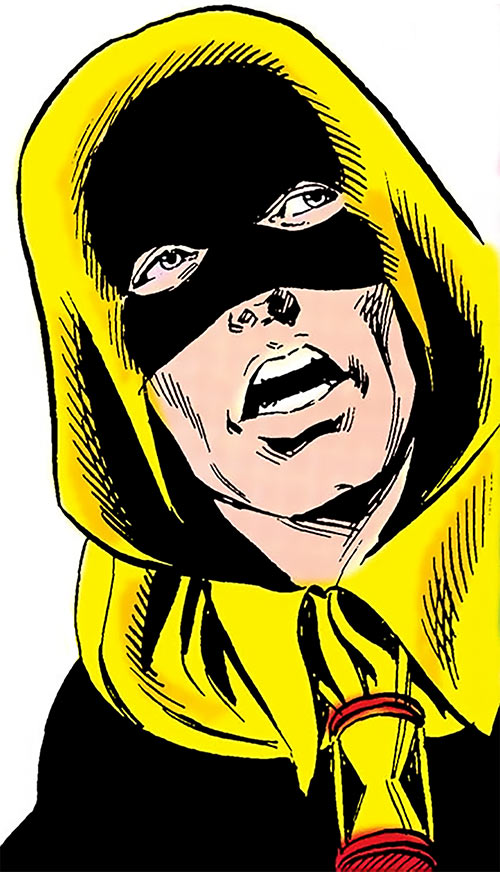 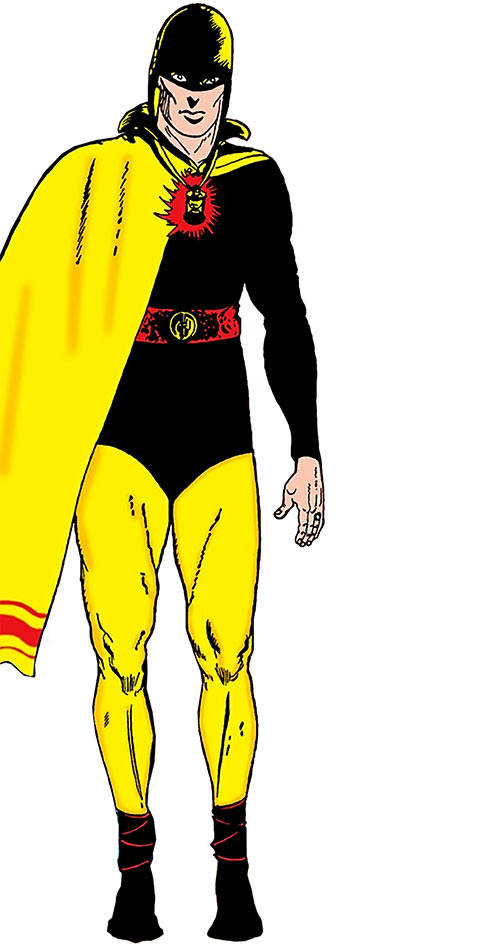