One may think it obvious that there are Howard character notes here. But think about it – out of millions of websites, how many have DCH stats for Howard the Duck ?

Howard has no real superhuman abilities to speak of. He’s been told by Dr. Strange that he has a certain ammount of latent sorcerous potential, but he has no desire to develop it in any way.

He is fairly skilled in the obscure martial art of Quack Fu. This, along with his innate cleverness is usually enough to cope with most situations he finds himself in.

Howard is a native of the so-called Duckworld. This is an alternate Earth where various types of birds have evolved into humanoid form and sapience .

He was accidentally stranded in the mainstream Marvel Universe by the demonic entity known as Thog. That happened when that creature attempted to conquer several dimensions by manipulating the precarious Cosmic Axis.

Since then, he has stumbled through a series of improbable adventure, sometimes involving Earth’s super-heroes.

Operating generally out of the city of Cleveland, Ohio, Howard has acclimated to life in this dimension fairly well/ He was greatly helped by a friendly young woman named Beverly Switzler, with whom he’s become romantically involved.

Although he was once offered a chance to return home, he opted to stay on this world. Howard has become comfortable with his life here.

After spending the last few years living in quiet obscurity, Howard has recently begun getting involved in bizzare adventures again. He encountered Spider-Man (Peter Parker) and his clone Ben Reilly, the Ghost Rider, and the kids of Generation X.

He also served as a friend and guardian to young Franklin Richards during the time the boy’s family was stranded on another alternate Earth.

Howard is a humanoid duck standing 2’7 and weighing about 45 lbs. He is covered in yellow-white feathers everywhere except his bright-orange legs and bill. He has human-like arms and hands intead of wings.

He favors cheap blue suits without pants, and is rarely without his beloved fedora.

Howard is actually a very kindly and concerned gent. But he prefers to hide it behind a bad temper and an air of weary cynicism.

Though he continually claims to be indifferent, and even cowardly, his is simply unable to *not* do the right thing, even if it involves danger or personal sacrifice. He will kvetch  and moan about it incessantly, however.

“The sign says ‘no shirt, no shoes…’, it’s silent on the subject of pants.”

In a DCU campaign, Howard could well be a refugee from Earth-C, home of Captain Carrot and the Zoo Crew. This calls for Hypertime  !

Drawbacks:
Exile, MPR (Howard is very short and suffers the same sort of problems with the average-sized world that a very short human would.), Minor Rage, Strange Appearance, Unluck. 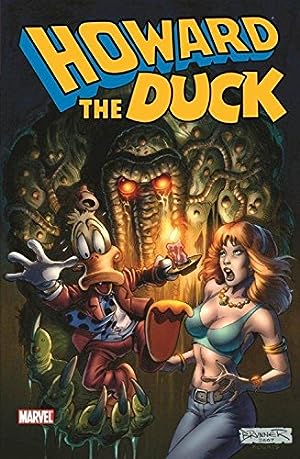 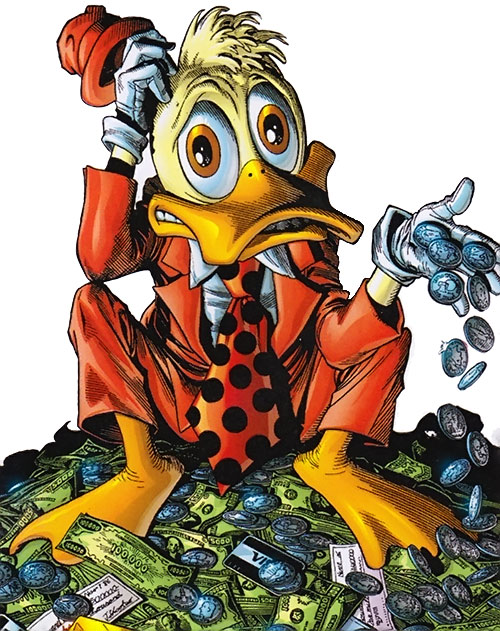 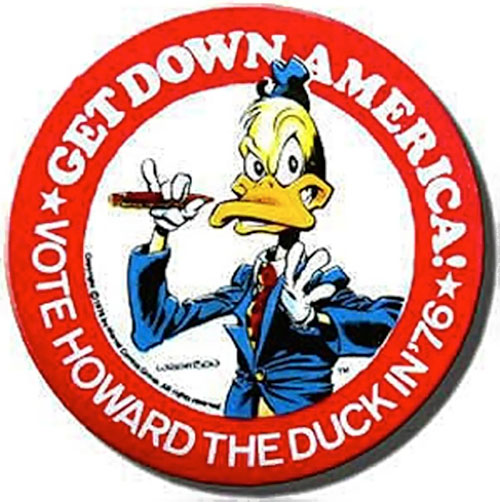