Howler’s sonic powers derive from the alien amulet she wears (a communications system central processing link, normally worn by a starship’s pilot or communications officer). It has merged with her human body and in the process granted her the ability to:

She can absorb sound and use it to increase many of her own abilities as well.

The amulet has altered her physiology, including her hearing and recuperative abilities. Unfortunately, because of these changes, removing it will not only remove her abilities, but also cause her to lapse into a coma and eventually die without it.

These current changes to her biology and the presense of the amulet make her more susceptible to electrical attacks.

She’s been in plenty of super battles, and handles herself quite well. She’s been known to utilize power tricks with her sonics on occasion (such as hitting tones that can cause various mental effects, like emotion control, or putting an opponent to sleep) in order to possibly play upon a hero’s weakness if necessary.

Official records differ as to whether archaeologist “Susan Sonderheim” was working a dig in an African jungle or in an Israeli desert. In any case, her survey team found remains of structures that had no ties to any native civilization. In fact, it is uncertain if that is even her real name. She has also used the alias of “Ruth Levy”, complete with documentation.

While exploring a far-off portion of the site on her own, she heard a noise that sounded like large machine off in the distance. Curious, she left to check on the disturbance.

A group of official-looking men, led by a man with a rifle, were using a diesel crane to move what appeared to be some strange spacecraft. Careful not to reveal her presence, she kept her eyes open for a way to obtain something from the ship for herself. An alien artifact would be the find of a lifetime. She’d get tenure. She’d be rich ! 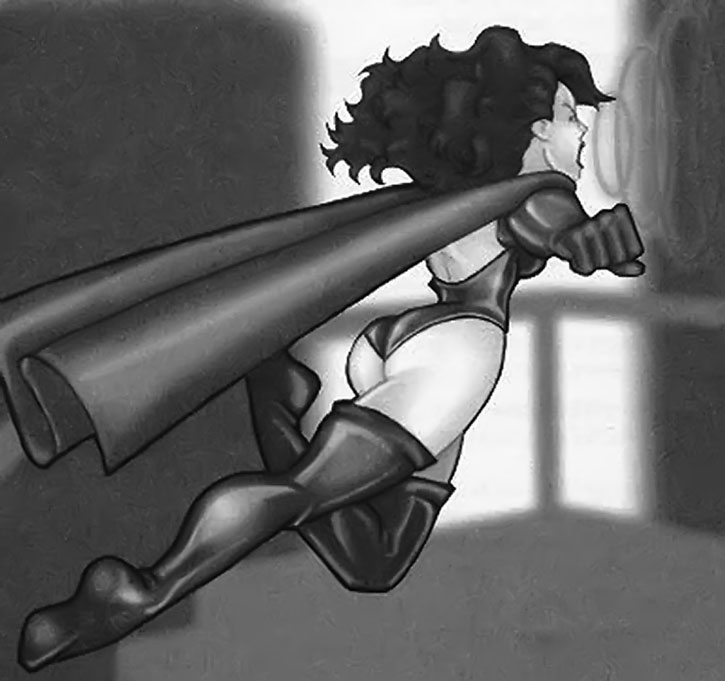 Her diligence paid off. As the ship was lifted from the ground, she saw a small object fall from inside. As the men’s attention was focused on getting the ship safely aboard a flatbed truck, she darted out and snatched the object, quickly returning to cover. She stuffed it into her pocket and high-tailed it back to her regular dig site.

Once she decided she was alone, she took the object from her pocket. Oddly, to her best assumption, it seemed to be an amulet or necklace of some sort. Yet it was not made of any gem or material normally found here on Earth. Intrigued, she unclasped it and tried it on.

… but it was aliens

As soon as it settled around her neck, she felt it tighten and seize onto her, bonding with her flesh. As she reached to tear it away, a cacophony of images and sounds flooded into her brain, causing her to clutch her head in searing pain. The agony so intense, she couldn’t help but scream…

As her scream faded. So did the pain. She looked around and saw that her scream had shattered, and in some places, nearly liquified a nearby tree. It also drew the attention of more than one military force in the area. Escaping amongst the resulting chaos, she realized she had gained power over sound.

She laughed, a throaty, melodic laugh far richer and vibrant than she’d even been capable. The amulet was hers now, and woe be to any aliens or anyone else who ever tried to take it.

Howler is a beautiful woman with dark hair and dark eyes. She wears an ensemble similar in appearance to that of Scarlet Witch without the headpiece or pink hose. The costume is a dark crimson red, made up of a central piece similar to a strapless one-piece swimsuit, gloves and pointed thigh-high boots.

She also wears a red cloak, clasped at her throat by her alien amulet. She does not wear a mask. When using her powers, the amulet glows bright red.

In her civilian identity, she wears the amulet as a choker necklace, to hide the fact that it has in fact bonded with her body. She speaks in a learned, proper English, with a slight Michigan accent. It becomes more of a sultry, throaty, voice when in costume.

Howler’s once ordinary (if somewhat self-centered and greedy) personality has been significantly warped by her contact and merging with the alien amulet. She’s become suspicious and paranoid, especially where aliens (or anyone who looks like they could be an alien) are concerned. She’s afraid that they have come to take the amulet away from her (which would lead to her death).

Normally, she’s not one to react foolishly or hot-headedly, unless her paranoia has gotten the best of her. She picks her crimes and their locations carefully (generally far from her hometown). Howbeit she has also become extremely superstitious, planning crimes around “her lucky days” and cancelling jobs at the least “dark omen.”

Oh c’mon, you know her and Black Canary would have, ahem, “sounded off” on one another at some point. 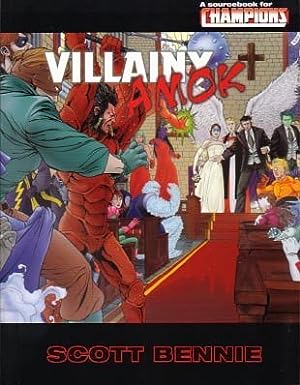 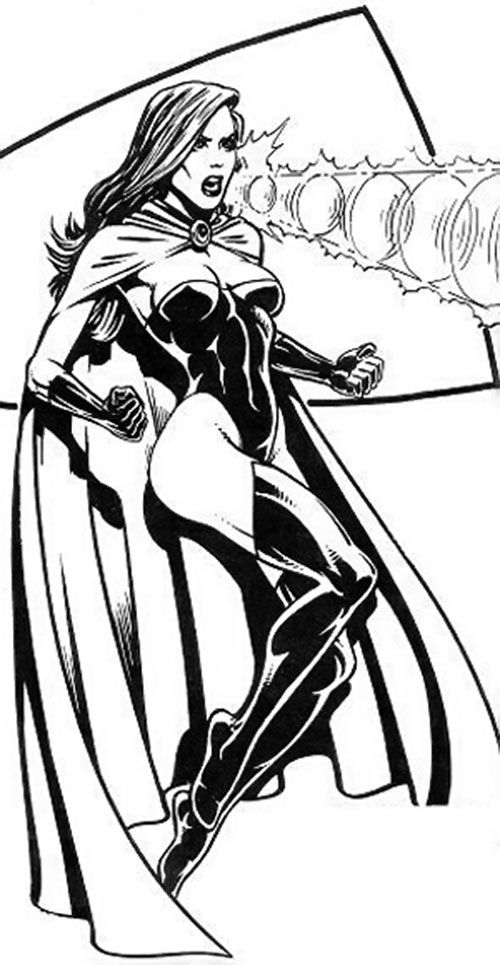