Absolutely no superhuman powers, but has an extraordinary amount of luck. Futhermore, he is the Best There Is At What He Does… and what he does is steal. If it can be stolen, Eddie can do it.

Also, Eddie seems to use an awful lot of Hero Points  for a non-super character, hence his larger HP total. It may be a genre rule thing, but I haven’t figured it up, yet…

Eddie’s one chronicled adventure seems an awful lot like that Batman comic where Batman is just trying to get some sleep after a hard night, but everything keeps getting in the way.

Eddie “the Hudson Hawk” Hawkins got out of Sing-Sing  after a long stretch for burglarizing a government installation. All he wanted from life was to go straight and to have a cappuccino. But since his incarceration (20 years, 10 with Good Behavior), he really, really wants to go straight and teach the handicapped how to yodel .

Unfortunately, everyone who knows about the Hudson Hawk’s rep wants him to steal something for them.

After a complicated series of events where a group of rogue CIA agents with code-names after popular candy bars pushed him into stealing three crucial pieces of Leonardo DaVinci’s gold making machine, and he wound up saving the world from their employers, the evil Darwin and Minerva Mayflower, Eddie finally got his coffee. Oh, and the girl…

On first glance, Eddie Hawk is a nondescript Hoboken schmuck in a bad hat with three gold loop earrings. He’s only really noticeable when he’s in action. Then he’s grace and style personified.

Watching the Hudson Hawk do his stuff is like watching Fred Astaire dance… you just know he’s a master. While doing a job, Eddie typically wears black jeans and a t-shirt.

Hudson Hawk is a casually witty man, full of glib one-liners and observations. He does everything with flash and style, or he just doesn’t do it, it’s that simple.

From robbing an auction house (he timed himself through the security system by singing Swinging on a Star), to getting kicked out of a moving ambulance on a gurney (he got through the tollbooth by throwing the exact change into the basket as he flew by at 40 mph), to robbing the Vatican (he mailed himself), Eddie has a unique style all his own.

Although he hates to get into fights, he will fight if his back is to the wall or if angry enough. He never *ever* uses guns, even when it would make sense. Even the time-bomb launcher they took from the CIA mooks was used for distraction purposes, not to kill anyone.

With Catwoman, the DCU doesn’t really need another star cat-burglar. But because he is much more low-level, he can be used in low-powered campaigns or no-power campaigns to add some flavor.

Hudson Hawk is a cat burglar who wanted to retire, but who keeps getting blackmailed into pulling jobs. Due to his extraordinary luck, he’s never been caught, but that can’t last long. Caught at the take by Robin, he asks for help in exposing his blackmailers and ending the scheme.

Unfortunately, the scheme turns out to have world-affecting consequences, as the items he’s stealing are going to be used by Lex Luthor to wreck the world Gold Market and set himself up as some kind of super-feudal overlord. Eventually Young Justice gets involved and bring down Luthor’s plans. Luthor, as usual, emerges smiling.

Hawk disappears with an armload of loot he never wanted in the first place, but would be quite happy to deal with, thank you very much.

Advantages:
Area Knowledge (NYC/Hoboken), Buddy (Tommy Five-Tone) Connoisseur, Expansive Headquarters (Club Five-Tone), Iron Nerves, Scholar (Songs: Eddie can sing from memory virtually any song that exists in perfect time and tell you how long it runs. He and Tommy Five-Tone use this method to synchronize their actions during a burglary), Luck, Scholar (Appraisal), Language (Italian).

Drawbacks:
SIA (Cappuccino), SIA (Anna Baragli), SIA (Doing Everything with Style), Public ID, Dependent (Anyone Hawk has accepted as a friend is just like family to him. At present this includes Tommy Five-Tone and Anna Baragli [worth 0 points as both are essentially adventurers themselves, but the GM should feel free to endanger them/use them as plot complications]), Weirdness Magnet [Bad Karma] (Reflects that Hawk’s plans have an odd tendency to run into snags at inopportune moments. the GM gets to throw a monkey wrench into any of Hawk’s schemes at any time. This differs from Unluck as it affects no specific dice rolls). 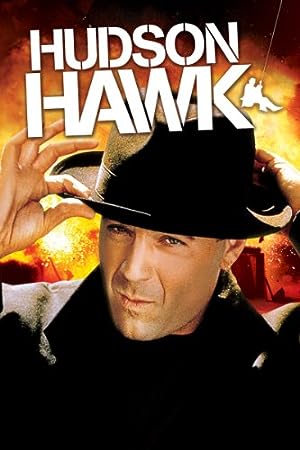 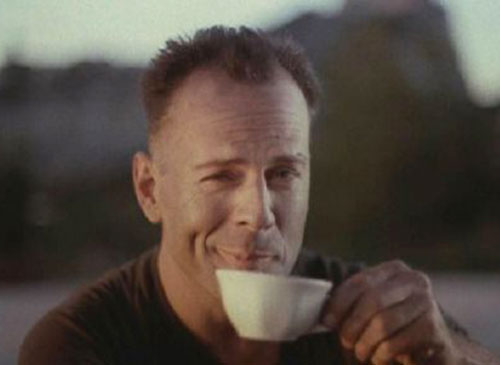 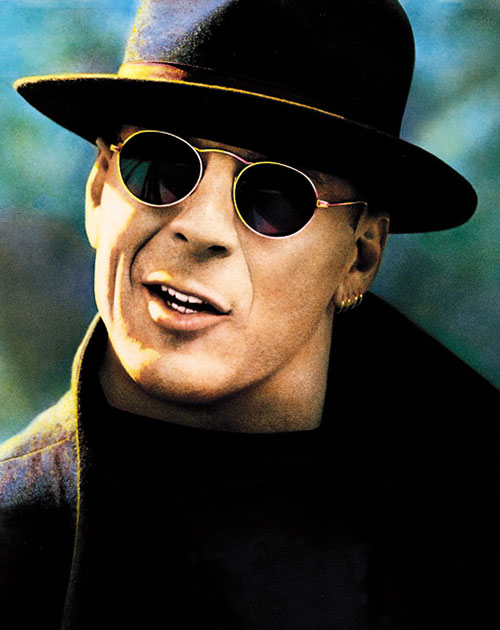