Hugh tends to astound and confuse people with the ability of such a large man to move so quickly and defy gravity. Heck, Hugh confuses people period. He is capable of draining a person’s mental defenses, hypnosis, and causing mass bewilderment.

However, his slightly altered personalities often keep him from using his powers in the most logical manner. Such as not always using mind drain unless around the target for an extended period of time, making his other powers less effective then they could be.

He typically babbles something non-sequitur before using the Aura of Confusion to aid in getaways.

After hiding his abilities within Kutzman College’s football and wrestling programs, Bill Demott decided to take advantage of his size and powers (STR, BODY, Running & Airwalking – his mental powers had yet to surface) as a mercenary overseas.

Taking the name “Crash the Terminator” after his ability to “crash” down upon victims, he became moderately successful. He even took on the well known hero Jushin Liger.

After accidentally taking out the entire family of a target, Crash lost his mind. In order to (over)compensate for the grief, he became Hugh Morrus, the Laughing Man.

While in Japan, Hugh came to the attention of Kevin “The Taskmaster” Sullivan. Sullivan brought him back home to the U.S.A. to help fill the ranks of his “Dungeon of Doom.”

As Hugh’s unpredictability would have it, while in Atlanta, he fell in with the forces of criminal ringleader “Mouth of the South” Jimmy Hart’s “First Family” (No relation to Owen or Bret & their entire clan.)

Hugh helped teammates “Nasty Boy” Brain Knobs, “Lightning Foot” Jerry Flynn and the Barbarian pull off various jobs. But the team disbanded in wake of personality conflicts and Jimmy Hart taking a “behind the scenes” job at the crime-ridden World Crisis Watch.

Striking out on his own, and being used as fodder for the corporate hero Goldberg by his former associates, Hugh decided to start his own group to take these “Powers that Be” down.

Finding other disgruntled operatives to become the M.I.A. (Misfits In Action), Hugh hypnotized and renamed them “Private Stash,” “Lieutenant Loco,” “Sergeant Awol,” and “Major Gunns” (the one female member).

Hugh renamed himself “Hugh G. Rection” and took the position of General. He also managed to include Booker T, one half of the crimefighting duo Harlem Heat, as “G.I Bro” for a short time.

The group, as one would think, was highly disorganized. Private Stash was arrested and out of the group early on. It wasn’t too long after that Hugh again hurt another innocent, the girlfriend of the high-flying hero Billy Kidman.

After getting caught up in a feud with the Canadian anti-hero Lance Storm, in which Major Gunns was kidnapped, the group (thankfully) disbanded. “General Rection” again became Hugh Morrus, the Laughing Man.

The Laughing Man is now allied and causing havoc with the reformed World Crisis Watch under the leadership of the self-absorbed vigilante Stone Cold Steve Austin.

This may be ironic as the original owner, Eric Bischoff, was unable to bring in to the fold. Which is what led to the creation of the media phenom Goldberg, the man who used Hugh as the launching pad for his own well publicized career.

When he assumed the “General Rection” identity, he instead sloppily wore Army camouflage.

His hair is shaved close along the back and sides and his wavy, dirty-blond hair sits like an unruly mop atop his head. His beard is trimmed to a strip along his jawline, but he is just as often unshaven, occasionally sporting a thin length from his chin that he ties with a rubber band.

Hugh’s personality varies, ranging from mild mannered family man, to mean streak mercenary, to enigmatic prankster, to rebel without a clue. None really garner a great deal of attention or respect.

In all his identities (past and present) he tries to avoid hurting innocents, carrying the guilt of having done so against a Japanese assignment’s family in the past and recently against an opponent’s ladyfriend. As a result, he is sometimes uncertain of how much force is necessary, occasionally hesitating in combat if many innocents are still about.

The Hugh Morrus identity is commonly kind hearted, wanting to protect innocents, but is highly lawless, doing things for his own amusement, and more often than not, ends up causing more trouble than there was originally.

In dealing with Hugh, one gets the feeling that he is enjoying his own private joke. An offshoot of the unhinged “Hugh” identity, “G. Rection” was more focused and strategic, though it didn’t last long.

(Regarding opponent’s identity) “…?,…, what kind of stupid name is that ?”

He would probably fit best pestering the Blue Beetle à la the villain Madman. Perhaps Deathstroke beat him silly for using the “Terminator” name, leading him to take on the “Hugh Morrus” identity.

Source of Character: Professional Wrestling & goofy ideas of my own. 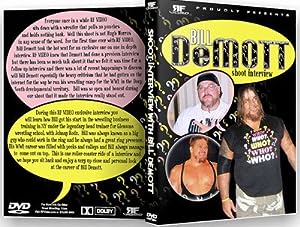 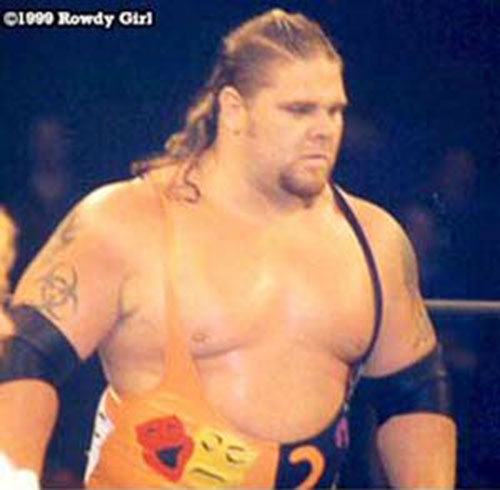 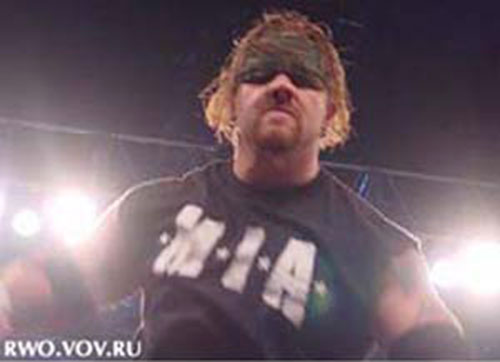