Hulk Hogan is the man most recognized by the mainstream for pro wrestling. He’s presented here as both of his incarnations and portrayed at the height of the NWO.

Hogan has the ability to sense emotions and draw power from them, feeding off of them. He can sense and draw from anyone within 200 yard range, but his range is unlimited for someone’s emotions if they are directed at him.

He particularly favors negative emotions such as hate, fear, and anger, whereas before, he drew from positive emotions like hope, love, and happiness.

When he was a hero, he used this energy to enhance his strength and speed to sickening levels. But it now is utilized for mental abilities as well as to empower his photographic memory (in DC Heroes RPG terms, Recall) and ability to pull memories from others (Mental Probe).

He’s also has developed a number of mental-based skills such as Gadgetry and Scientist. This makes him a dangerous criminal mastermind.

He still can increase his formidable physical attributes, but not at the same time as his mental abilities. It is also more difficult, requiring much more energy now to fuel them.

Hogan is a charismatic man that people are naturally drawn too. As Hulk Hogan, he was a real role model despite his corporate background, preaching about strong morals and good health (prayers and vitamins).

But when he became Hollywood Hogan, he became an egotistical madman, out only for himself. He’ll crush anyone who threatens his status. In fact, he enjoys pretending to let some up and coming hero or villain get ahead, just to put them in their place as beneath him. This known as ’maintaining the glass ceiling‘.

Terry Bollea was working on a failing career as a bass guitarist in a rock band. This is when he was hand picked by “Classy” Freddie Blassie to be the recipient of a special type of super-steroid his company, the Titan Corporation, was developing. He was given the steroid and trained by the legendary Hiro Matsuda to fight.

Originally planned to be trained as a covert operative against industrial espionage, the powers that were generated demanded more of a public presence. That was when Titan’s CEO Vince McMahon came up with the idea of a corporate sponsored superhero.

With perfect media engineering, Hulk Hogan, as he became known as, was a national hero, complete with television endorsements and movie roles.

Regular treatments of this super-steroid was given, and he felt his power becoming limitless as they continued. What he did not know, was that the drug had a serious problem. It was slowly eroding his morality, transforming him into what he fought.

Then came the public revelation that Titan Corp was testing these super-drugs on people. The media backlash was terrible. Hogan found his own name tarnished as Titan Corp was taken to trial. By the end of the trial, Hogan’s testimony had caused enough trouble that McMahon gave him his walking papers.

Hogan continued with movie roles as he moved to Atlanta, Georgia, bringing his sidekick Ed Leslie with him. There he continued his superheroics, but not with the same measure of publicity he had grown accustomed to. He continued to fight foes including the deadly mercenary Ric Flair, the psychotic Taskmaster, his super-gang known as the Dungeon of Doom, and its primary powerhouse the Giant.

But the scene was about to change, as he was beginning to fight them more for the challenge than heroics.

When the two-man wrecking crew known as the Outsiders came to Atlanta, that was when it all fell into place. Local heroes Sting and Lex Luger were fighting them on the streets when Hogan showed up. Happy for the support, the two were surprised to be attacked from behind by Hogan.

Hogan teamed with the Hall and Nash in not only severely injuring the two heroes, but humiliating them on national TV. Thus began the NWO.

Since then, Hogan has refined the super-steroid that he used to take. He has begun marketing it to the criminal underworld as Freak. Due to experimental treatments of it, his powers changed from the physique enhancing abilities into the current intellect-based abilities.

His NWO is primarily him, Hall, and Nash, but they have a host of Freak customers on hand to call when need be. No one knows what his final goals are, and no one who is wise is asking. Hogan has a habit of punishing those who question him too much.

Strangely enough, many people in the public don’t believe he has become a villain, and he plans to make use of that. Funny how people get so used to believing in a hero, they’ll ignore the obvious… (evil laughter).

(As Hulk Hogan) “What are you gonna do, when Hulkamania runs wild on you?”

(As Hollywood Hogan) “Brother, you’re dealing with the N…W…O!”

The NWO make a great small but powerful drug-running outfit, but they have bigger plans, as they have their customers start rebellions, insurrections, and other forms of chaos. The NWO’s goal is more likely to foster anarchy, so that Hogan can place his own people in charge of governments.

This makes them a great force to reckon with on any team level from the Titans, to even the JLA if the plans are vicious enough.

Hogan is a criminal mastermind who’s need for being number one can push him to ally with or go against many DC premier villains.

Before his transformation to Hollywood Hogan and subsequent additional Freak treatments, his powers were slightly different. He did not possess Mental Probe or Recall. Emotion Absorption fueled his physical attributes (DEX, STR, BOD), and the positive/negative limitation was reversed. 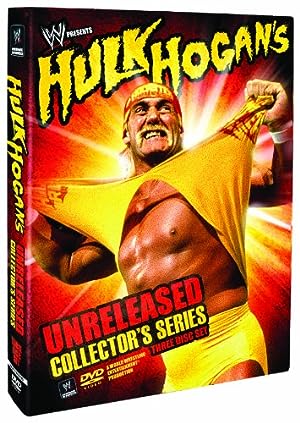 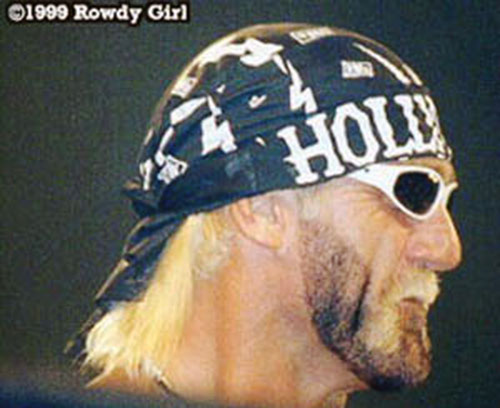 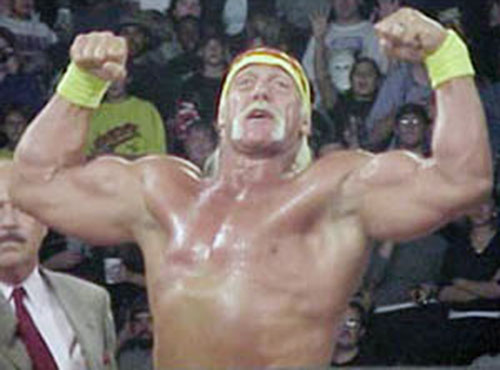