Helms apparently has the potential for limited (read as VERY limited) superhuman strength. He commonly only uses it for grappling and slamming maneuvers, overestimating its effectiveness when he does so.

Television footage of his flying above the city is nothing more than a tape of blue screen effects sent to stations to air before public appearances.

Gregory Helms has always wanted to be in the spotlight. Setting out with the goal of being a star, he joined up with other like minded individuals and, under the name of “The Show”, put on stunt shows as a member of the “Serial Thrillaz.”

When this failed to get the attention he craved, he became frustrated and fell in with a small gang of delinquents calling themselves the Bad Street Boys. After serving a short jail sentence where he somehow earned the moniker “Sugar Shane”, Helms then auditioned and got the part in the lip-synched boy band “3 Count.”

While the trio of Shane, Shannon Moore and Evan Karagias was moderately successful (especially with former jailyard friend Tank Abbot), they were later exposed as frauds and Helms decided to move on.

Shortly thereafter, Gregory finally began to notice Kidman and Rey Mysterio Jr.’s heroics getting quite a bit of attention in the newspapers and television. This is when he decided on a new course, he would be become a superhero and be the darling of millions !

Designing himself a flashy costume (complete with cape), Helms leapt into the fray, confronting various criminals about their ideals, even going as far as succeeding to take down a local protection racket. (“You would CHARGE people for protection ?! WHATSUPWIDDAT ?!”)

Going even further, The Hurricane (as he now called himself) managed to lure another bright eyed and idealistic person to play his sidekick. Pure little Molly Holly left her doomed romance with Spike Dudley to become Mighty Molly, riding sidecar in the Hurricycle before finally coming to her senses and deciding on her own path.

After losing Molly, Hurricane felt that his heroic career had ended as well, and he allowed himself to be seduced by a trailer park girl named Nidia. Coming to his aid against the girl’s jealous boyfriend was Gregory’s former 3 Count partner Shannon Moore, who had developed superspeed powers of his own.

The two then fought injustice as a team for a short time afterward, that is, until Hurricane decided he could garner more media attention elsewhere with the apparently reformed criminal monster Kane.

Helms wears white and black boots, white wraps around his hands and wrists, a sleeveless green top sporting his logo, black tights, and a sparkly forest green cape with the same logo as his top.

Gregory Helms is a nutcase, albeit a humorous one, playing upon various superhero clichés and questioning the heroic ideals of those around him. He prances and poses before combat maneuvers as he believes all superheroes do.

He likes to pretend that his “Secret ID” is that of a “mild mannered ’ace reporter‘ for the Daily Globe” although he has no true media credentials. The extent of his reporting skill is the ability to jump not only into everyone’s camera angle, but to cavernous consequential conclusions as well.

He is more than likely to get himself in over his head except in the most simple of cases.

“Stand back ! There’s a HURRICANE comin’ through !”

“Through howling winds or pouring rain, all evil shall fear the Hurricane !”

“Citizen ’Kane‘”, (pauses, looks around awkwardly) “I think you are making a mistake with your life. You have a great costume, you wear a mask, you’re 7 feet tall… and you don’t fight crime ? WHATSUPWIDDAT ?!”

Helms could make for an amusing side adventure, becoming a member of either Superman’s or Green Lantern’s supporting cast, forcing them to either look after him and keep him from hurting himself, or maybe, through some blessed twist of fate, be saved by his silly antics.

Drawbacks:
SIA to being in the public eye, MIA to the Green Lantern imagery.

Source of Character: Professional Wrestling, www.shanehelms.com, my own fiction. 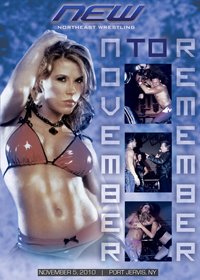