Hy Torque drives a special muscle car, equipped with a huge ram plate. It is capable of knocking over all sorts of obstacles, and could match the power of a Golden Avenger-class Iron Man suit.

He usually operates with two henchmen. They help him grab the loot and throw it in the car before they race away.

“Iron Man in An Irresistible Force !” appeared in The Incredible Hulk #232, among others.

Hy Torque and his newest henchmen attack the Van Ness mansion. The car smashes open the gates. As it races toward the door of the manor itself, the bandits realise that Iron Man (Tony Stark) is guarding it. They ram him. Iron Man tries to push back the car, but the two are too evenly matched.

“Strength won’t make a difference — strategy will”, declares Iron Man. He then goes for an utterly unexpected move, throwing Hostess® Twinkies® cakes at the gangsters. Truly, Tony Stark is a genius !

As the heinous criminals enjoy their twinkies, Iron Man wrecks their car. ”Perhaps we could trade the car for some more Twinkies cakes ?” wonders the dafter henchman.

The gang wears light green jumpsuits, and darker green crash helmets with a shaded visor. Their car is an orange custom convertible.

Hy Torque is confident in his car’s power.

Bonuses and Limitations:
Gadgetry only applies to cars. 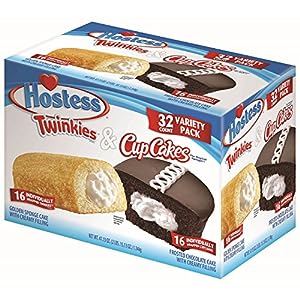 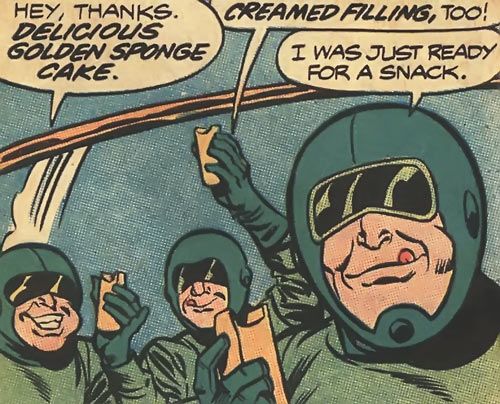