Beyond the standard Elemental abilities, Hydron can exert telekinetic control on moisture and water. Whereas Magnum and Hellfire are staid in their use of their element, Hydron is more adventurous, but has less raw power. 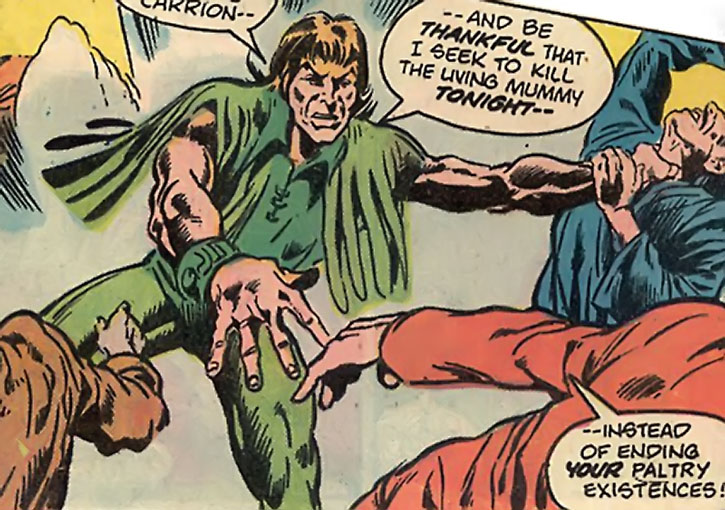 His favourite ability is to dehydrate people. It makes them parched, weak, and ancient-looking, and will potentially dust them. This combination of Cell Rot and Power Drain is most often used as a torture instrument. He can eliminate all the damage he caused with this ability with but an Automatic Action.

Hydron is even more of a sadistic, petty tyrant and casual killer than the others. Which takes some doing.

He has the greatest contempt for mortals and lesser creatures of the lot, but at the same time is the most interested in reigning and exerting authority. He’s a bit like a 6-year old playing with action figures or dolls and breaking them when they disobey.

Hydron is also the most interested in the trappings of being a king with absolute power. He will often sit on a throne of solid water as soon as Hellfire is away.

Oh, and he has a paranoid streak, too. Nice guy.

“We do not argue with lesser beings. If they refuse to obey us… they die !”

“Mortal, you are fool indeed to think you could best Hydron, Lord of the Waters ! And it is that very command of moisture I shall now bring to bear against you, witless one, by dehydrating every drop of liquid from your pathetic form !”

Hydron, Lord of the Waters

Drawbacks:
Arrogant, SIA toward Power, Catastrophic Rage, SIA toward toying with his victims, Attack Vulnerability (all OVs/RVs capped at 04 when attacked by surprise). 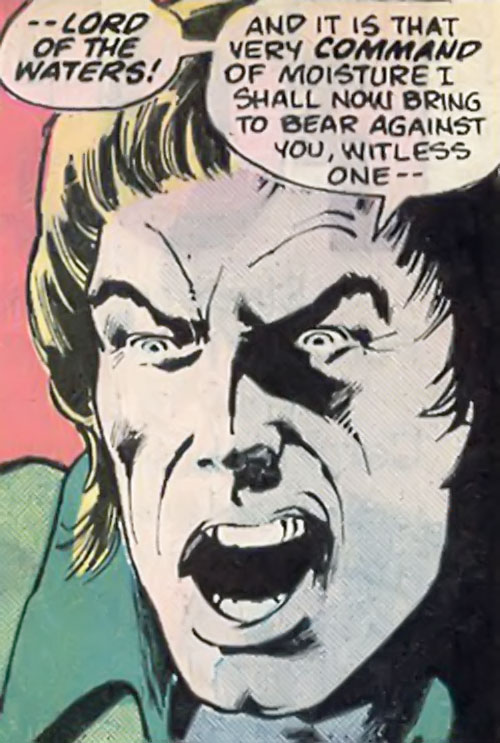