An enemy of Firestorm much like the Incredible Hulk, who transforms into a monster under emotional stress.

We have two different profiles for Hyena (Summer Day) (Earth-1/New Earth). The alternative take is there.

Normally, Summer Day is a competitive athlete, but was unable to qualify for the New York Police Academy.

As the Hyena, she has low level superhuman strength, speed and agility. 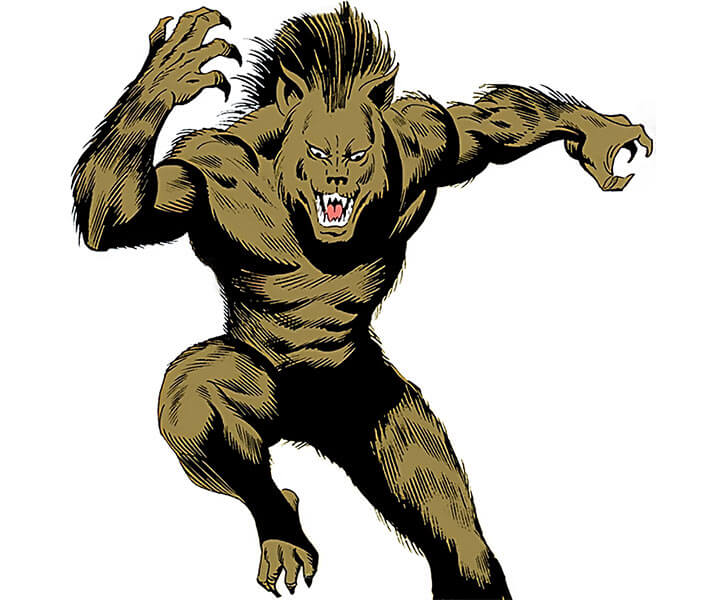 Quoting from Summer’s diary: “None of the doctors believe me… they think that what’s happened to me is some kind of delusion. They asked me to write down my feelings about my childhood… to clear my thoughts… so I’ll better understand myself.”

“Oh, I understand myself all right…I understand that Daddy resented me for not being a boy. That’s why he pushed me… forced me to excel in sports like the son he always wanted.”

“I tried to please him, but no matter what I did, it wasn’t good enough. I joined the police academy after high school, like he wanted, but I didn’t have the desire to be a cop, like Daddy. I was only doing it to please him, and in the end, I failed… just as he knew I would.”

“The horrible thing is… he didn’t yell at me. He didn’t tell me how disappointed he was. He just stood there… and the look in his eyes said it all.”

“My room was like a shrine to his ambitions for me. Something broke inside me when I saw all those trophies. I think that’s when I realized how much I’ve hated him all these years.”

“After I left home, I joined the Peace Corps. I wanted to escape my old life, and I did. It was a humbling experience. My problem seemed so petty compared to the suffering I saw.”

“I’d been in the African bush for six months… when it happened. It was the night of the full moon. I heard a cry outside camp… and when I went looking for the source of the cry, I found a man lying wounded in the high grass.”

“I bent to help him and I was about to call for help from the camp when he whirled about– and bit me! I must have screamed… I don’t remember. I was told, afterward, that the camp guide heard me cry out. When he found me in the bush, some kind of creature was leaming over me… half-man, half-hyena.”

“It was only much later… while I was on a medical plane back to Nairobi, that I first heard the native legend of the were-hyenas of the African Veldt… I thought they were just legends… I hadn’t seen the creature the camp guide shot. By the time I returned home to New York, my wound was healed… or so I thought.”

“And then… one night… after an argument with my father… I felt the change come over me… It was indescribable. My body felt like it was breaking open. Something inside me was breaking its way to the surface. Something dark… Something evil… the HYENA!” 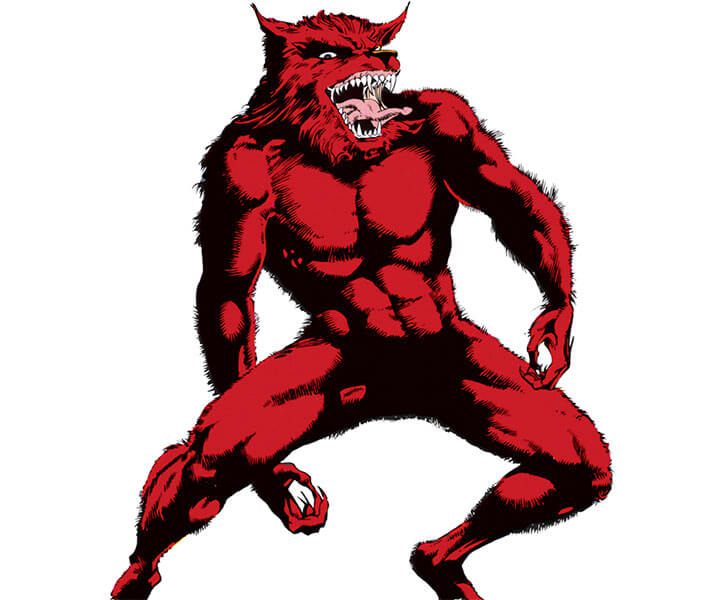 “I tried to keep it under control… even that first night, when I saw thieves making a getaway, my first instinct was to stop them… and I did. But there was always another instince working within me as the Hyena… as strong as my desire to do good.”

“Whenever I saw a policeman, a uniform, I went wild, and always wanted to kill… Something or someone always stopped me before I went too far.”

“For months I prowled the night… and during the days I went slowly mad. Finally, when my parents could no longer deny that something was wrong with me… though they never knew the full truth… they had me committed to a hospital in Arizona… For a while I hoped that I would get help at last.”

“But the doctors don’t believe them when I tell them that I am the Hyena. They think it’s nothing more than a delusion born of guilt. I wish they knew how wrong they are…”

When Summer was in Arizona, Dr. Jivan Shi was part of an attempt at treatment. He deliberately prompted her transformation and cursed himself to become a were-hyena himself.

Seeking revenge on the American medical community for refusing to acknowledge his Indian medical credentials, Dr. Shi, as the Hyena, scratched Ronald Raymond’s neck, afflicting Firestorm with the curse.

An African tribe removed the curse from Firestorm with a magic ritual.

But one of the Hyenas was killed years later by Deadshot, and the other by an Apokoliptian Parademon. It was never identified which was which, but more Hyenas could turn up on Earth.

Summer Day is an attractive, slim brunette woman in her mid 20s who dresses informally.

The Hyena is a large humanoid hyena covered fully in brown fur.

“I noticed you boys were having trouble carrying all that loot, and I thought I’d just give you a hand !”

“You never leave me alone, do you ? You’re always following me, tormenting me, mocking me. No one may mock the HYENA !” 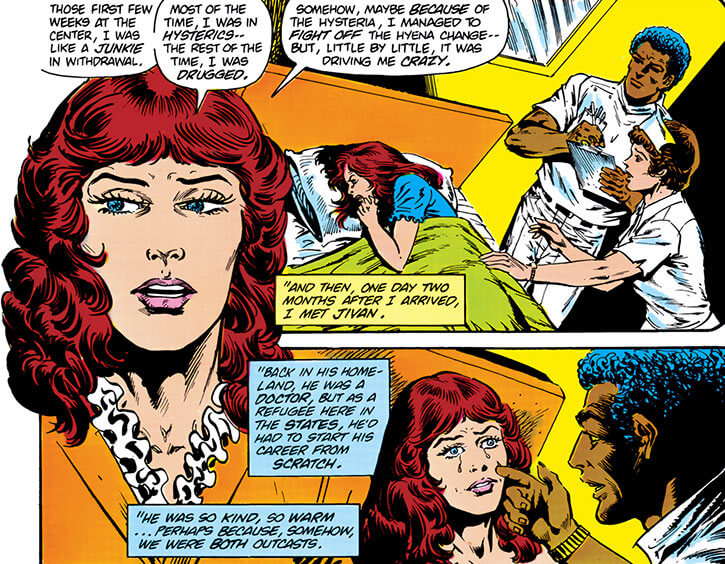 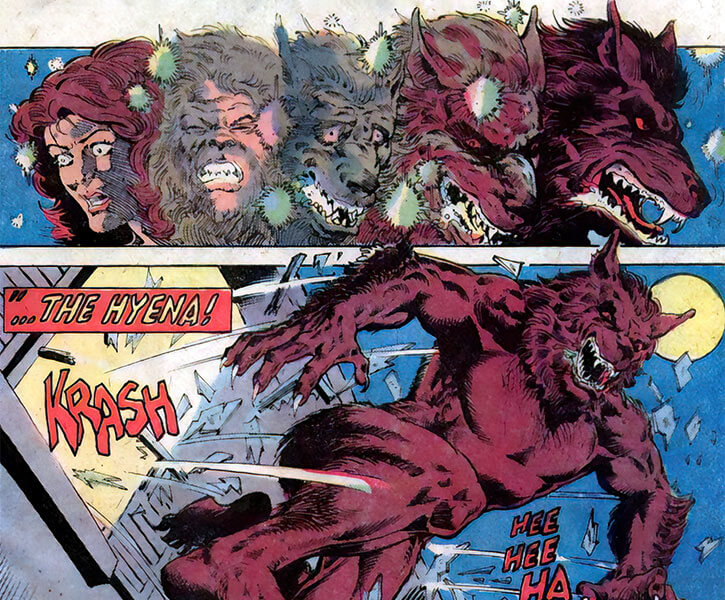