Hyperion possesses a host of superhuman powers. In fact, he is the most powerful man on Earth-S, and possesses superhuman strength, great speed, as well as near-total invulnerability. Hyperion can also levitate himself by mentally manipulating gravitons around himself.

Through concentration, Hyperion can project beams of discrete energies from his brain (generated by the quasi-nuclear reactions in his body) through the optic nerves of his eyes. This atomic vision or nuclear vision is capable of generating radioactivity in the X-ray range of the electromagnetic spectrum.

His atomic vision can also generate heat, with a maximum power output of approximately 12,000 degrees Fahrenheit, depending on the spread of the beam, in the infrared portion of the electromagnetic spectrum.

Ordinarily, Hyperion’s atomic vision did not harm his own eyes when he projected it. However, the expenditure of tremendous amounts of energy (such as those generated during the battle with his doppelgänger) will severely injure Hyperion’s eyes, rendering him blind.

He radiates power on a super-human level and inspires admiration and respect wherever he shows up. Hyperion thus has a strong, influential personality, is a great leader and a good public speaker; a true world changer and leader.

Hyperion’s principal weakness is an isotope of lead called Argonite whose particles of decay serve to damper the quasi-nuclear reactions in his body. While in itself it cannot kill him, it can render him susceptible to other forms of injury (Nighthawk once planned to assassinate Hyperion using a bullet made of argonite).

Presumably its presence would weaken Hyperion enough so that the bullet could penetrate his body. 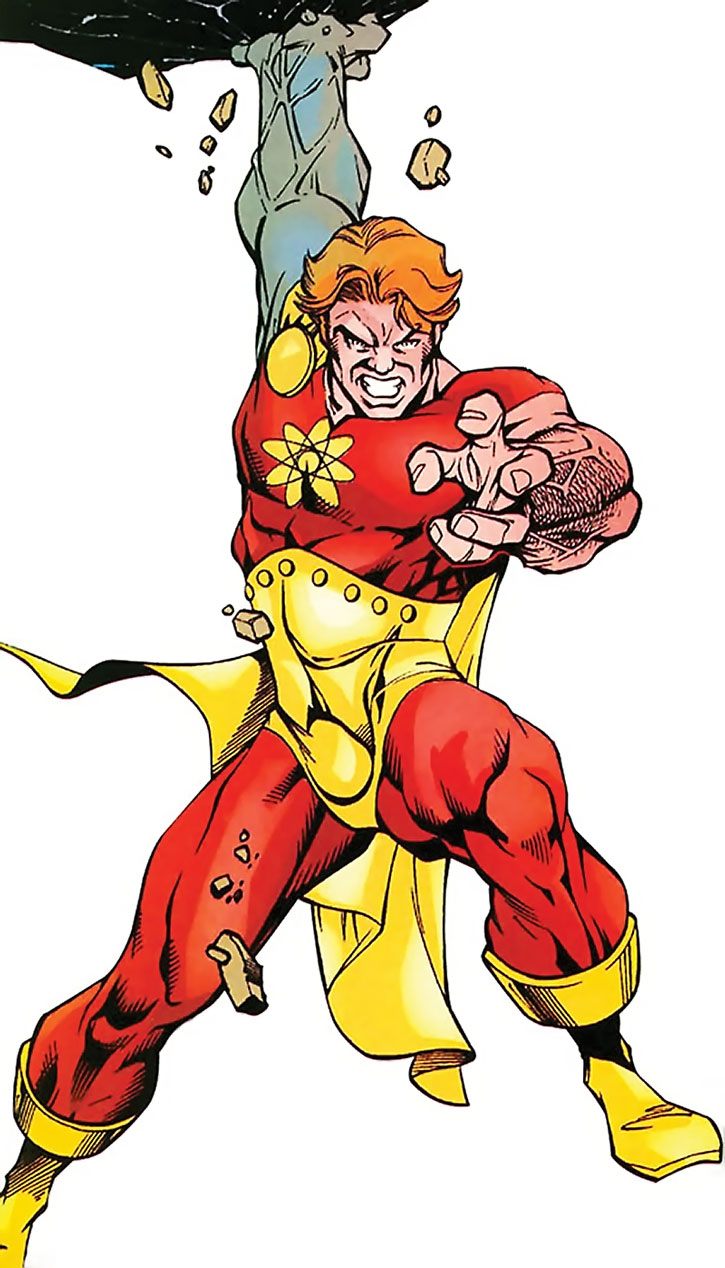 Hyperion wears a bright red skin-tight costume with his muscular arms uncovered, yellow boots and something resembling a golden girdle. To add to the mighty impression he wears a yellow atom picture on his chest (a Bohr model  of Beryllium to be exact) and a rather large yellow cape.

Earlier he also wore a black eye mask à la Nightwing, during his Utopia days he wore no masks and during his blind days he wore the Image-simulator resembling technological green sunglasses.

Hyperion is a cheerful and good man, abandoning all personal interests to protect and maintain the world and the Squadron. Often he is seen with a smile on his face though the impression he often gives is the serious one. Hyperion believes in might makes right and thus he proposed the totalitarian Utopia-program. He also possesses an iron will with no equal.

He will not kill an opponent and usually he is very careful with this, but if the Earth is heavily threatened he will resort to killing. Although almost having abandoned all personal interests previously, he recently has become a couple with Squadron member Power Princess, the only other person on Earth near his own power level. 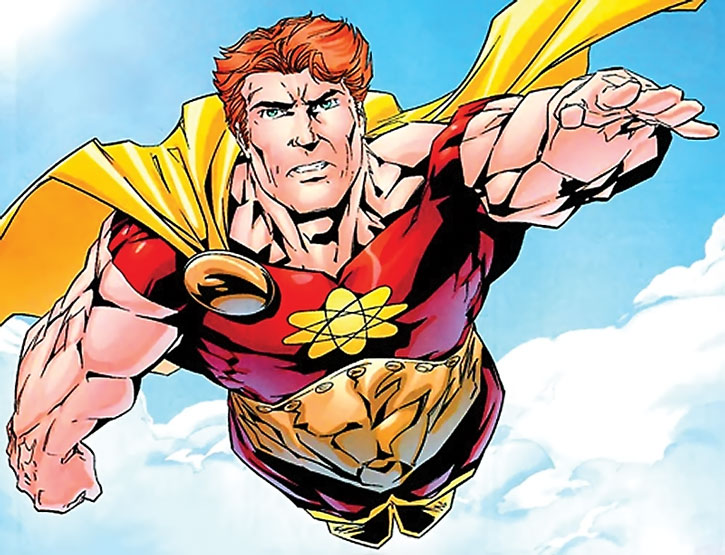 During his entire life he was taught by his parents not to use the full extent of his abilities. He has since overcome this thinking and will instead often use his abilities to their fullest, with the only exception in combat with human beings. Hyperion’s origin has always been a great mystery and discomfort to him, but recent revealing has enlightened that situation to his relief.

He is also a competent leader and an able public speaker. As long as the motives are clear he will never bend nor break, but fight the ’never-ending battle‘.

“I hope you will all join us in ushering in a new age of trust and friendship for all the Earth !”

“We’ve disbanded the Squadron Supreme. We’ve decided that superhuman beings do not really have the right to dictate the way human beings should live”

“No, if these are to be the last few minutes of my life, I’m going to go out trying to save lives.”

Hyperion is actually a Superman copy almost at his power level. In the DC Universe the Squadron Supreme could be alternates of the Crime Syndicate, and originate from a DCU Counter-Earth.

A team could get caught between the two teams fighting over the PCs’ world, both wanting to control it in different ways. Cue lots of moral dilemmas !

Notes:
Even though it has been revealed that Hyperion is an Eternal he has so far not shown all of the powers of the typical Eternal. It seems possible that he could develop the abilities to join the Uni-Mind and several other psionic abilities. Feel free to add these if it feels right or if this is revealed in comics.

An alarming number of the adventures of the Squadron Supreme revolve around the concept of mind control. In many of these adventures, most of the Squadroners succumb to such trickery, at least for a while, where many believe that, for example, the Avengers would not have succumbed under those conditions.

It is suggested that under the genre that the Squadron usually operates, all mind control attempts (i.e. use of Powers such as Control or Broadcast Empath) are at -2 CS OV/RV as long as the subject lacks humility.

If the subject harbors thoughts of taking control of his environment on a massive scale (more than a hundred persons, roughly) his desire to control becomes, in that Genre at least, easy to twist into extreme actions and an escalating delirium. 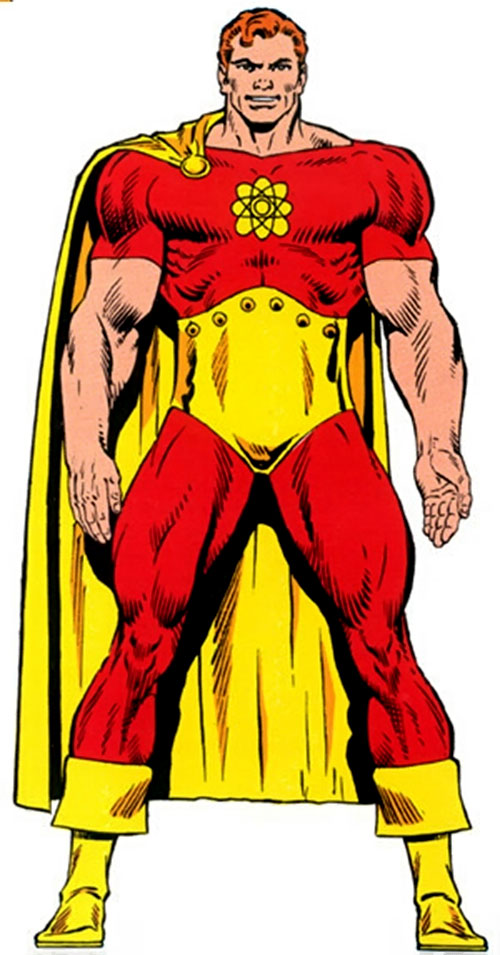 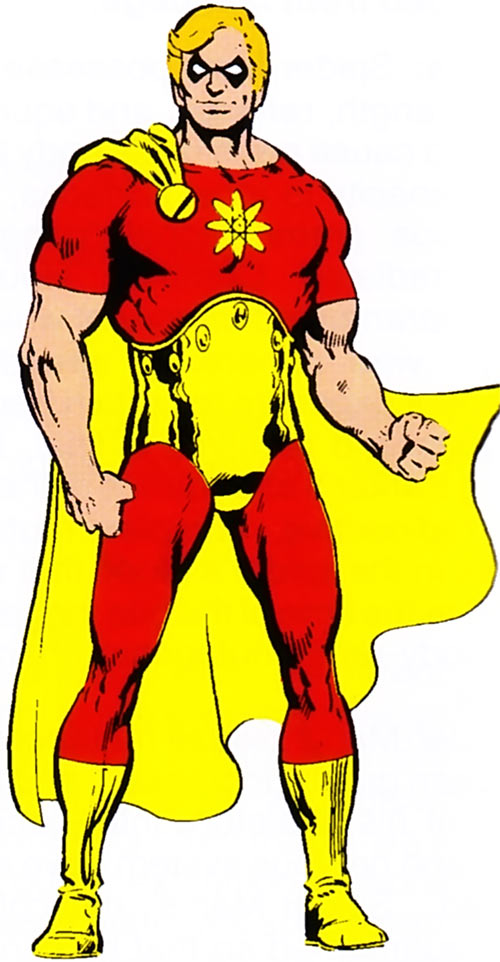 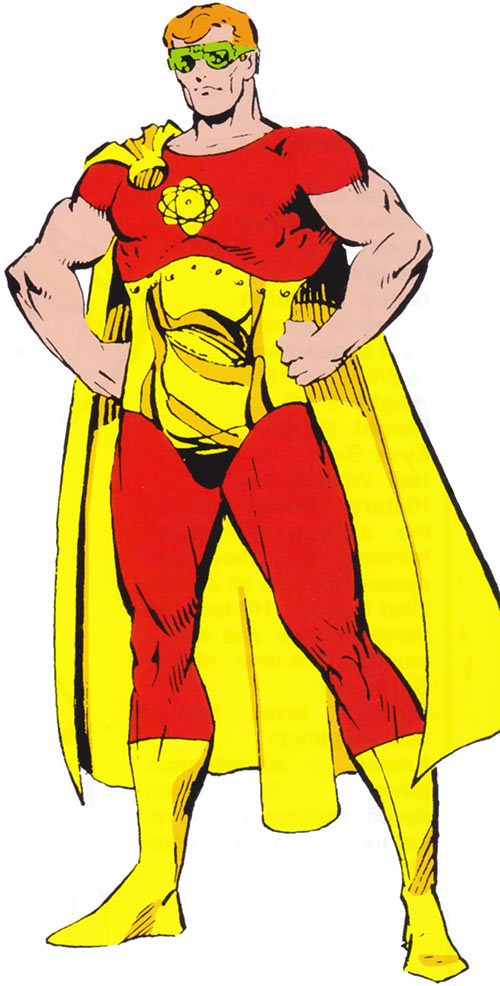