In practice, he’s a super-strong brute that never, ever gives up.

Ibac the Cursed was originally a small-time crook with big ambitions – Stanley “Stinky” Printwhistle. Prince Lucifer gave him, in return for his soul, the powers of evil from Ivan the Terrible, Ceasare Borgia, Attila the Hun, and Caligula.

When he said the words spelled out by their initials, IBAC, he was changed by green flame into a powerful being of pure evil. The deal included that Ibac was about to defeat Captain Marvel in combat.

Each time Captain Marvel defeated him, Printwhistle has wowed to reform. Yet somehow he wound up saying the word again. And, once changed back to Ibac, he resumed being evil evil. As Stanley, he’s now a street-cleaner or janitor. Since he’s not beaten Captain Marvel, he has not yet lost his soul to Lucifer.

Ibac occasionally returns to plague the inhabitants of Earth-S. He’s widely known there. He’s fought along Mr. Mind’s Monster Society of Evil, Dr. Sivana and his family, The Penguin, Circe, Blockbuster and many more.

He’s always been defeated by members of the Marvel Family. He even was once beaten bySpysmasher, who, unable to physically defeat him, tricked him into saying his name. This changed Ibac back into the docile Mr. Printwhistle.

Apparently, the threat of Ibac is constant since Printwhistle remains the ability to turn into him anytime he wants to.

Ibac is a huge, muscular (by some artists even rendered fat) man. He wears nothing but a pair of black trousers that also covers his feet. Bare-chested and very hairy he also wears a short-cut black mohawk along black eyes.

Mr. Printwhistle is a very small, weak man. He wears a pair of glasses and the white uniform and hat of a janitor.

Ibac is a very cruel individual. His sole existence is filled with thoughts of evil, ruthlessness and violence.

Although he has some capacity for trickery, his mind is that of a savage. Thus, he’ll almost always go the route of direct, straight-forward attack. He enjoys using his huge strength to crush people and his toughness to resist smaller opponents.

Ibac is impressed by evil and evil individuals. He regards himself one of the strong, evil ones. Yet he’s also a follower and commonly takes orders from other evil men, even though they might be inferior to his might.

Ibac is also proud and won’t accept that someone else might be stronger than him (“Never ! Ibac cannot be defeated !”). In such stressful situations there are good odds he will accidentally say his own name, thus reverting to his peaceful alter ego.

When the ’great evil men of the past‘ whisper orders to him, his behaviour tends to become irrational.

Printwhistle is occasionally mentally persuaded by the Ibac personalities into changing into Ibac, even though he has several times promised not to turn into evil Ibac ever again.

“Hahaha ! I’m strong… very strong ! The great evil men from the past gave me superstrenght !”

“Now it’s my turn to punch you ! And you’ll be defeated by this punch… I promise you that !”

By JKCarrier and The Angel. 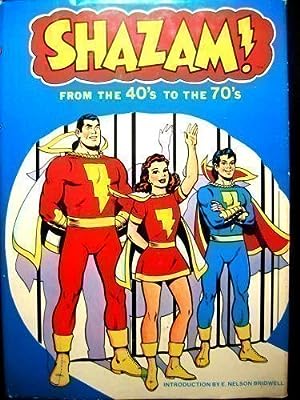 Shazam!: From the Forties to the Seventies 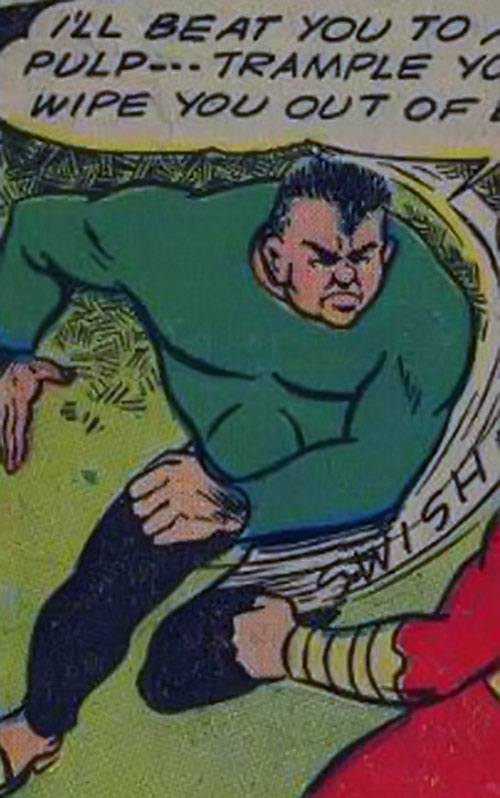 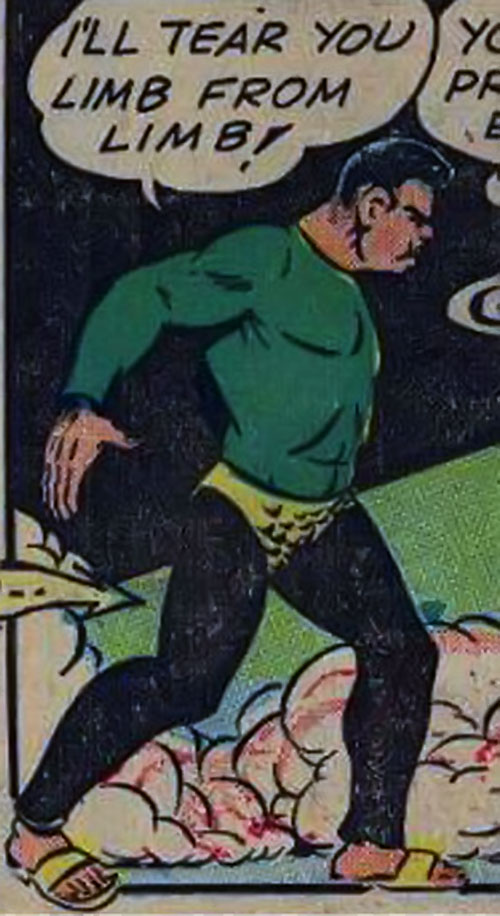