*This* Icicle is a descendant of the original Icicle, Joar Makent. If you’re not familiar with Makent’s career, it is prolly best to read his profile first.

She was glimpsed in 1991. The apparent intent was for her to launch a career as a half-heroic Flash character, but nothing actually happened.

Thus, this profile is thus chiefly intended as a seed. For those needing a completely unused character who’s solidly planted in the DC Universe – and has a published appearance.

As you can imagine the game stats are almost entirely speculative. And the numbers for the equipment are simply copied over from our Icicle (Joar Makent) entry.

Doyle Christie seemed to be in good shape, with decent reflexes and an assertive personality.

She was oddly nonchalantCalm, relaxed, indifferent. about cold weather. Christie ran around in a négligée in the middle of a snowstorm without apparent discomfort. She also survived being encased in solid ice, though she would have suffocated normally.

Whether this was artistic licence or a low-key super-power (gained much like her uncle Cameron’s) is unrevealed. Our game stats assume that she has a small degree of superhuman immunity to cold.

She wields a cold ray gun (a spare weapon from her grandfather’s arsenal) and a refurbished Icicle uniform.

She also has two ex-CIA henchmen code-named Fahrenheit and Centigrade. DC Heroes players can check our article about bodyguards for stats ideas.

Christie’s most powerful ability is that she owns a large share of superconductors giant Makent Enterprises. She’s thus filthy rich. She’s well aware of the power that this brings, and does not hesitate to wield it. 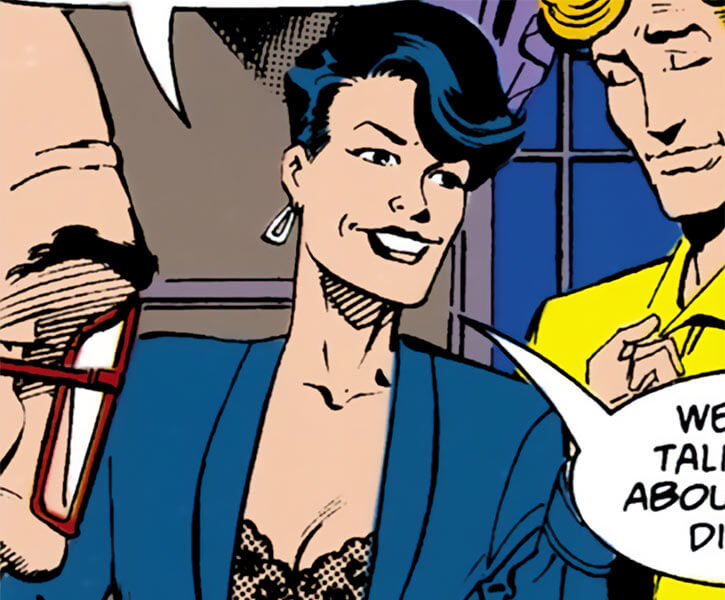 Doyle Christie is the granddaughter of Golden AgeSuper-hero comics from the late 1930s to the early 1950s. villain the Icicle (Dr. Joar Makent).

Specifically, she’s the daughter of Makent’s older son Donald. Why she and her brother James were not Makents but Christies wasn’t explained.

Doyle and James’ mother was never seen or referenced. One gets the impression that she was deceased by the time her children reached adulthood.

Doyle’s remarks indicate that she enjoyed an idle life of pleasure. Though she enjoyed bragging about that, it apparently left her dissatisfied.

The money might have come from her father. He stated that he was an international trader. But he may have actually been an arms merchant or other shady type.

As to James, he was a famous — and famously arrogant — race car driver.

Reading of the will

After the elderly Dr. Makent died, Doyle Christie was present along with her brother James. The family was assembled to be shown the Icicle’s will.

Though she was initially confident, seeing the video testament made her furious.

Makent considered that his descendants were a bunch of scoundrels, and that the MacDonalds were as useless as they were dishonest. Thus, he had made the Flash (Wally West) an integral part of his testament. That was to ensure that his fortune would not be used for nefarious purposes.

The unstable James reacted by stealing a costume and ice gun from the Icicle’s underground headquarters. Then he set out to murder the other beneficiaries of the will. 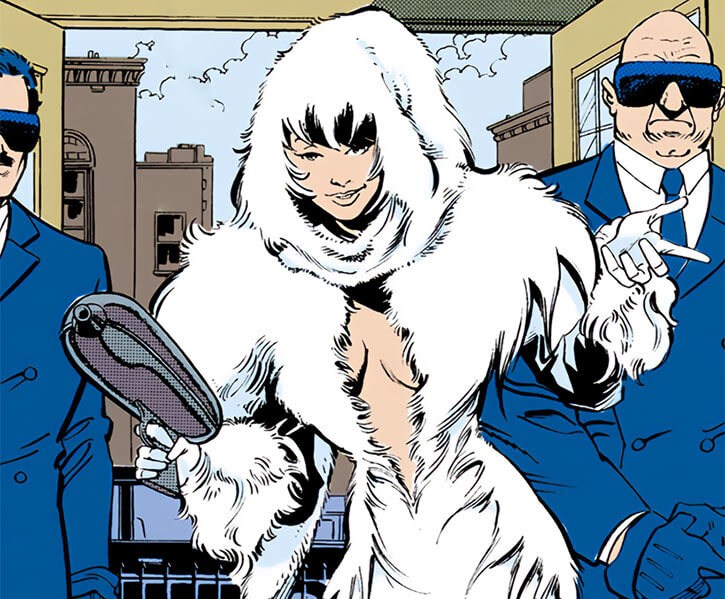 James shot his own sister. But the Flash saved her by melting the ice at super-speed.

Though Christie was furious about West’s involvement in the inheritance, the two shared an attraction. They teamed up to expose the killer.

James murdered other relatives. And he briefly had the upper hand against the Fastest Man Alive until his sister, also using Icicle equipment, intervened.

The pipes, the pipes are calling

Though they were by then on sort-of-friendly terms, Doyle intended to fight Wally tooth and nail to deny him his part of the Makent assets. Especially since she was now the main inheritor.

With the help of his friend the Pied Piper (Hartley Rathaway), West made Doyle realise the good that the money could do. Half-persuaded and half-shamed by this tactic, Christie abandoned the legal battle that was about to begin.

Meanwhile West set up his part of the inheritance as a charity over which he had no authority.

Bored and having inherited her grand-dad’s gear, Christie become a new Icicle.

She also hired two CIA agents, whom she code-named Centigrade and Fahrenheit, to be her henchmen. And quite possibly trainers and advisers.

Wanting to continue associating with Wally, Christie offered him an improbable partnership. The Flash and Icicle would team up to save lives, and the Icicle would loot any money they came across while the Flash turned a blind eye.

This never went anywhere, and Doyle was not seen again.

Doyle Christie is assertive, and hates boredom. She is proud to project a mix of intelligence, confidence, sensuality and professionalism.

She also had an amoral vibe, but that didn’t seem to go very deep. She boasted about her decadent and greedy mores. Yet she wasn’t willing to oppose money that could have been hers going to charity after she was exposed to the people who needed the help.

On the other hand she’s not an idealist. Christie wants to benefit from her actions in some way. Preferably a financial one.

Doyle is courageous and, despite her young-lady-of-leisure image, seems to have a good endurance and pain tolerance.

“I’m James’ ever so slightly decadent older sister, Doyle. We can talk more about me over dinner.”

(Angrily) “I’m not afraid of anything !”

(Semi-sarcastically) “I figure my life will have a purpose, if I dress up in a costume and fight crime.” 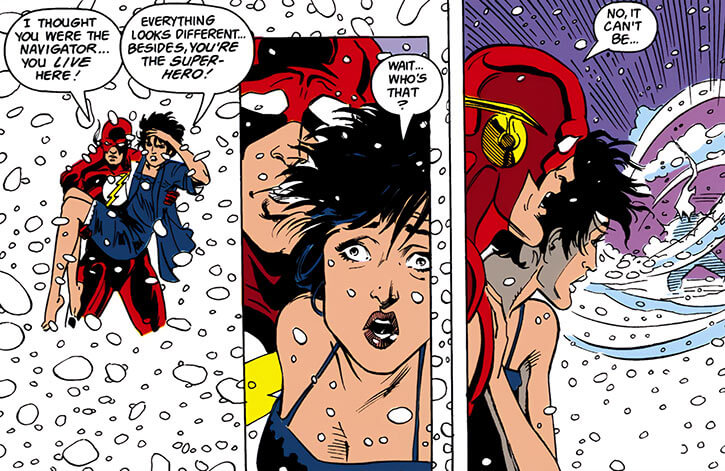 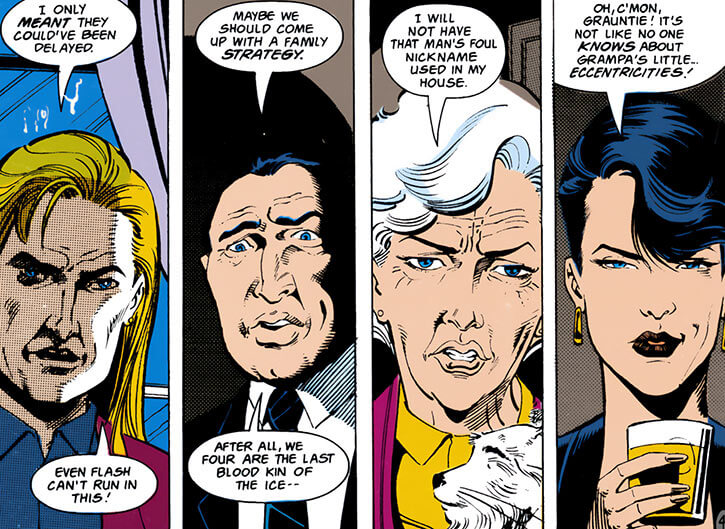 See our defensive powers discussion for the degree of Limited appropriate for cold attacks.

Her innate cold resistance and that of the costume are ignored for PL purposes, since it’s too specialised.

Writeup completed on the 2nd of December, 2013.