Eternals have lots of powers. The main one is a complete mental control over their molecules – in DC Heroes RPG terms immunities, invulnerability, regeneration, damage capacity and their STR and BODY. But they also have various psionic  disciplines, which can be developed through efforts and training.

Ikaris himself is particularly good with STR and Energy blasts. He also has developed a variety of specialized sensory powers in order to act as the protector of the Pyramid of the Winds.

Furthermore, he’s a highly accomplished and experienced warrior and wrestler.

(from the Marvel SAGA FF Roster )
Ikaris was born 20,000 years ago in the Eternal city of Polaria. While he was still a child, his uncle Valkin entrusted him with the keys to the Pyramid of the Winds – a mysterious structure that Valkin and Phastos had built deep below the ice of the Arctic for storage of deadly weapons.

The three lightning bolt insignia on Ikaris’ costume act as the keys to the Pyramid, and they glow if anyone manages to breach its defences.

But Ikaris used his powers to do much more than simply guard the Pyramid. When the Celestials destroyed the Deviant city of Lemuria and devastated the planet with a flood, he led a number of humans to safety in a giant ark.

Years later, Ikaris defended Crete from the Deviant hordes. He married a human woman there, who bore him a child. Because the young boy loved to fly in his father’s arms, Ikaris constructed a flying harness for him. Unfortunately, the Eternal was called away before he could instruct his son on the use of the device.

The child impulsively tried it out alone, flew too high, and died (the event spawned the ancient Greek legend of Icarus ).

Of all Eternals, Ikaris has mingled the most with humans. In fact, he has married many times over the years and fathered several children. Ikaris even posed as a human archeologist’s guide once, in order to search for the secret Celestial landing site constructed by the Quechua without attracting any attention from the Deviants.

He found the place, and the beacon that would summon the Fourth Host of the Celestials.

After the Fourth Host arrived on Earth and then departed in peace, the other Eternals joined into one last Uni-Mind  and travelled into space. Ikaris, however, stayed on Earth at the behest of his people to protect the humans he cherished so much.

Ikaris now serves as leader of the remaining Earth Eternals. He views himself as one of humanity’s greatest champions – forever protecting the planet against the plots of the Deviants.

Ikaris used to be a stubborn, aggressive brawler. Now that he’s an authority figure, while still stubborn, he’s gentler. He now rarely leaps into combat without first examining all the non-violent options available. 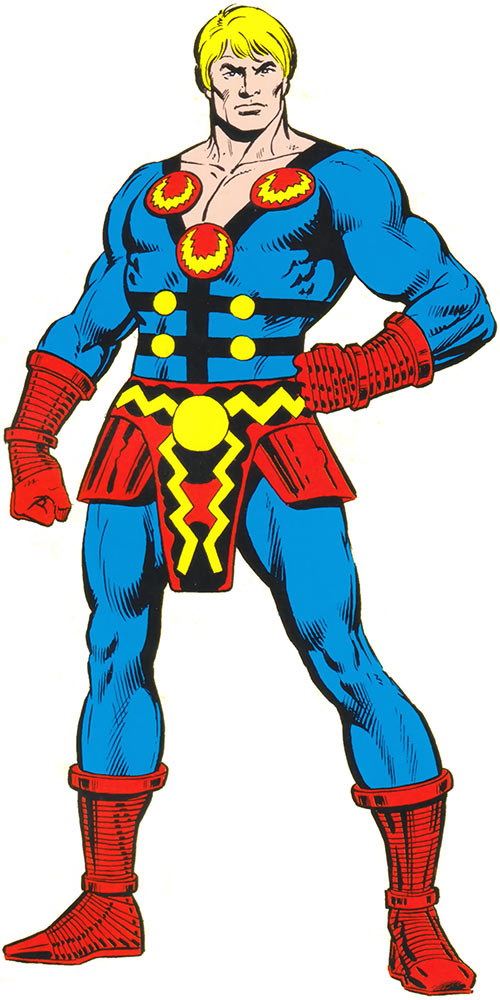