Iman might be the best Mexican technologist of his generation. He is in some respects the local Tony Stark – complete with his own power armour  technology, and a taste for adding a never-ending arsenal of gadgets and weapons to it. Given his code name, magnetism is likely important in his technology.

From one remark of his, it would seem that his suit can shift between a number of slightly different forms, each being more effective in a specific role. A possible DC Heroes RPG approach is to lower most Powers’s APs by 02 and give it Power Reserve (any Power of the suit, and maybe any Attribute): 03. But this is too speculative for me to incorporate into the main stats.

Diego Irigoyen, a renowned scientist in Mexico City, is also known as :

He studied at Yale  on a Wayne Foundation scholarship. It seems he chiefly works as a freelance researcher, usually selling his IP to STAR Labs, with whom he has a well-established working relationship.

While he was in space, his millionaire mother was kidnapped and the ransom paid. As soon as he came back Diego used all of his skills to find her. But it was too late and he only found her mutilated corpse. Following this traumatic episode he rededicated himself to justice, and became a major hero in Mexico City after he built himself a suit of power armour.

In 2000 El Muerto, Acrata, Iman and Superman teamed up to defeat a supernatural menace conjured by the sorcerer Duran (no relation) in Mexico City. Iman was psyched to meet the Man of Steel, and overjoyed when Superman turned out to know about him.

During the Final Crisis, Iman fought in the US along with the heroes who had retained their free will. He was felled when Darkseid’s forces nailed him with a gravity amplification weapon, but recovered and was part of the very last stand.

Iman likely helped with the construction of the Miracle Machine, which Superman used to save reality from Darkseid and Mandrakk.

A few months later Iman teamed up with Mon-El, who was filling in for an absent Superman. Together they fought off an alien invasion, which was originally mistaken for a chupacabra horde.

Iman was also one of the technologists consulted by the Justice League in 2010 when analysing a teleporter used by Prometheus.

Iman is an overenthusiastic nerd who tends to both overanalyse stuff and jump to conclusions. He’s eager and willing to take charge, and most of all he wants to be the big cool hero. Although the circumstances that led to his career as Iman were dire, he’s a eager super-hero. 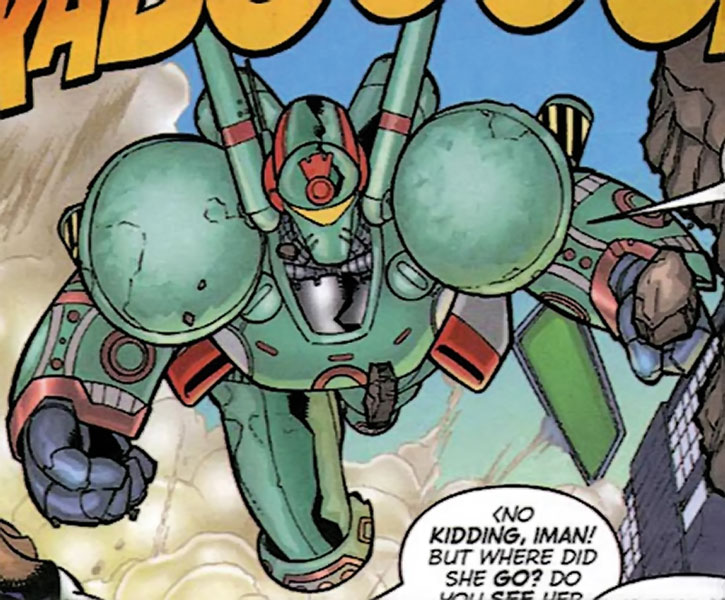 Being a big nerd he’s more interested in stuff like space exploration than in the everyday issues of the people. He’s also one of the few Mexican heroes with a working relationship with the police (it is mentioned at one point he helped them against the pandillas (the big, tightly-knit gangs)), quite possibly because he’s by far the richest.

In his enthusiasm about being a super-hero, Iman tends to spout very bombastic and stilted dialogue, threading well into the melodramatic and theatrical.

Like many comic book characters, he does that thing where he injects Spanish into his English for local colour.

“I will not allow the Man of Steel’s blood to be spilled on my soil !”

“You… you know who I am ? Superman, you’ve been such an inspiration to me !”

“Perhaps it is based on the ancient legend about the unending struggle between good and evil, or…”

“Hm. From the acoustics of that door slamming, I would guess we’re encased in six inches of reinforced steel.” 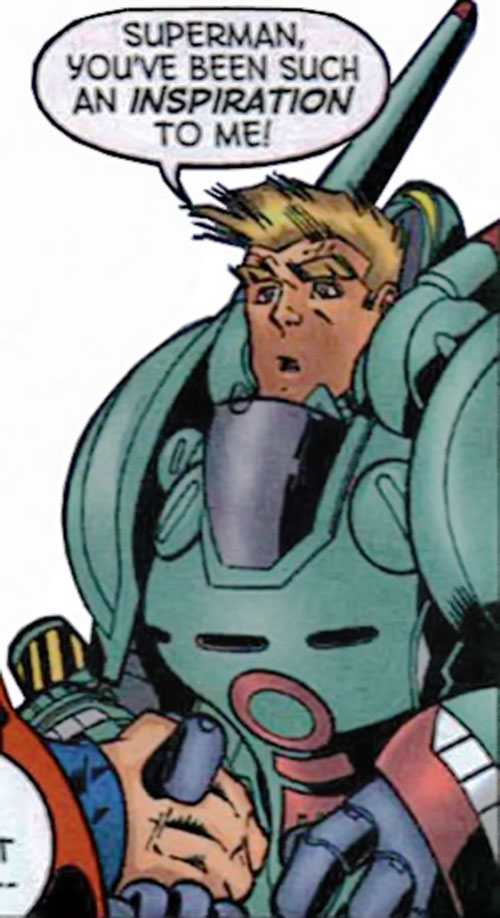 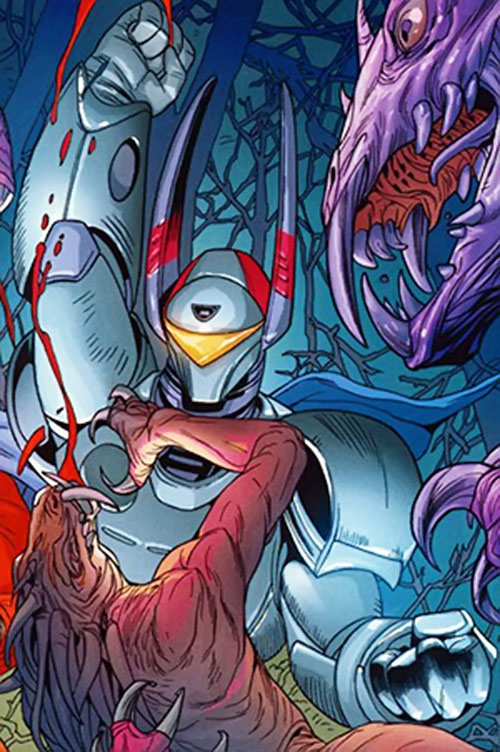