One of the memorable monsters from the 1990s landmark Doom video games. See our profile for an unnamed marine for a lot more context.

Dirty little dogshit-coloured bastards that heave balls of fire around, and have electrified bone spikes jutting from their bodies.

They can take a few hits from most handguns without stopping (a shotgun at close range is another matter – Imp kebab). Luckily, their aim is not too good and their balls of fire are pretty slow-flying. 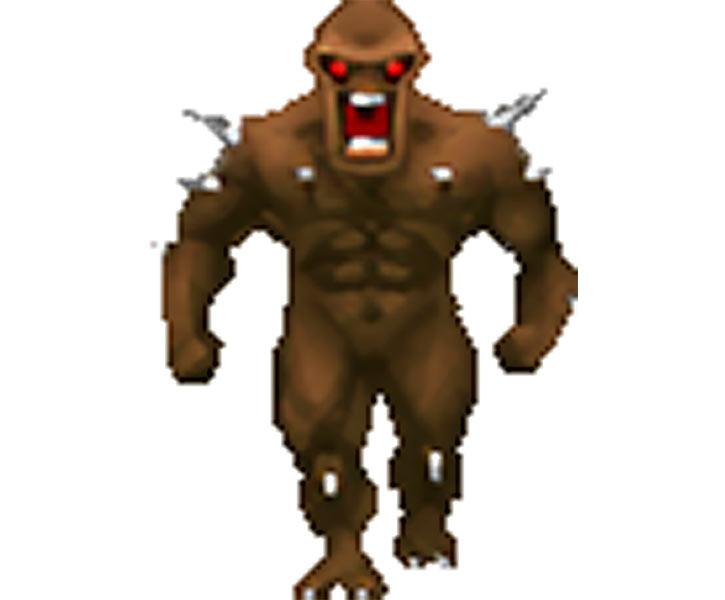 For the general background, see the Doom marine writeup. The Imps are among the least powerful creatures from Hell, but when in a pack can be a problem.

Roar at enemies, then advance while throwing flames until they are close enough to claw at their enemy, assuming said enemy has survived the prior attacks. Grr.

Voxel version from the Voxel DooM mod  by _chillo.

Strange Appearance, Catastrophic Rage, CIA toward attacking anything that hits them and is not a fellow Imp. 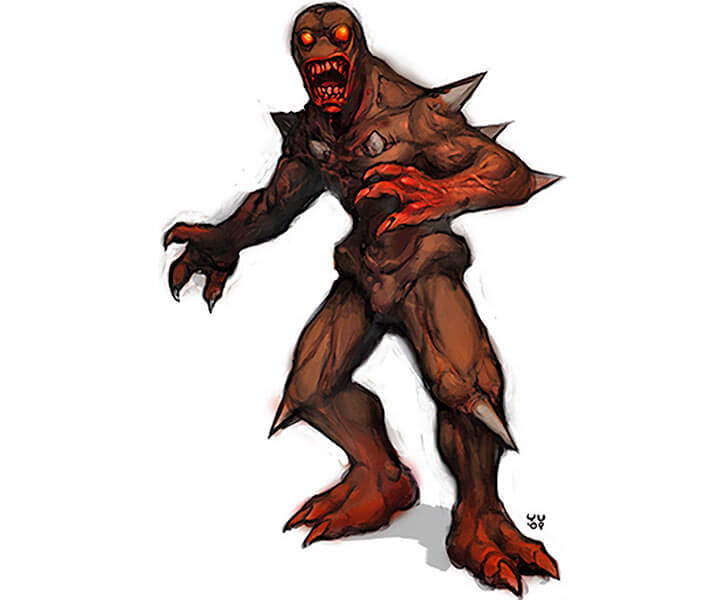