Impulse has the power “to act on his violent impulses with the speed of thought”. Yet this wasn’t enough to stop him getting his butt handed to him by Night Thrasher on two occasions.

He is definitely faster than human, fast enough that he can move essentially invisibly, or at least as a blur of motion. This is especially true if he is attacking from ambush (one of his favored attacks).

In his first appearance he got his clock cleaned by Night Thrasher, which to me indicates a lack of real fighting skill. On his second go-around, he and Thrasher seemed much more equal. Impulse even managed to wound Thrasher, something he couldn’t do before.

In DC Heroes RPG terms, Impulse almost always chooses to use the Press the Attack maneuver in combat. That is unless he knows his opponent is highly skilled, in which case he is more cautious.

Impulse was part of an experiment by the genetics research firm GeneTech. It created artificial powers in selected test subjects, dubbed Psionex. Gang-banger Dwight Hubbard was gifted with extraordinary speed and reflexes. However, his violent, psychotic personality made him difficult to control.

The fledgling hero group the New Warriors were investigating GeneTech, and came into conflict with Psionex. After some initial difficulties, (including getting captured), the Warriors cleaned up on Psionex handily.

The second time they clashed, it was because Psionex had decided to terminate their association with GeneTech. As a result, they had commandeered the facility. The New Warriors took on the improved and up-powered Psionex, and fought them to a standstill.

The fight was only interrupted because GeneTech’s founder, Harmon Furmintz, released the irradiated remains of Terrax, former herald of Galactus, from their storage containers. He hoped to gain Terrax’s powers and stop the fight. Terrax took over Furmintz’s human body, destroyed GeneTech, and left to seek out the Fantastic Four.

Two of the Psionex crew, Mathemanic and Impulse, assisted the New Warriors in the attempt to stop Furmintz/Terrax. Impulse attacked Terrax on his own, and Terrax broke his back, putting him out of the fight. After Terrax was subdued by the FF and Silver Surfer, Impulse was taken to a hospital.

There it was found he had three outstanding warrants for his arrest. He was taken from the hospital to jail.

He was only heard from one other time, when Night Thrasher’s brother, Bandit, was looking up Thrasher’s old foes to defeat them himself. Bandit’s goal was to prove (to himself, I guess) that he was better than Thrasher.

It was implied that he was killing Thrasher’s foes, and in fact killed Impulse in prison. But there were Impulse sighting much later, near the end of the Norman Osborn regime at the siege of Asgard .

He is psychotic, but doesn’t usually kill people unless they get in his way or if it would be fun.

Impulse is a thug on speed. I would call him a Velocity9 addict whose addiction activated his meta gene, and make him a recurring pain for Impulse (the DC version), as they are somewhat flip-sides of the same coin.

Marvel’s Impulse came first, by six or so years, if you’re wondering.

In his first appearance, Impulse has no MA skill, has the Advantage of Rich Friends [GeneTech], and all his non-linked skills are reduced by 1 AP. His DEX, Superspeed and Weaponry were all reduced to 06 APs, and he only had 15 HPs (he expended them all on the ambush against Namorita). 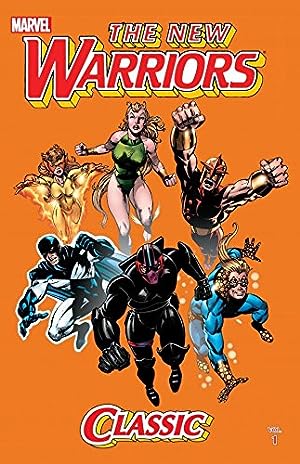 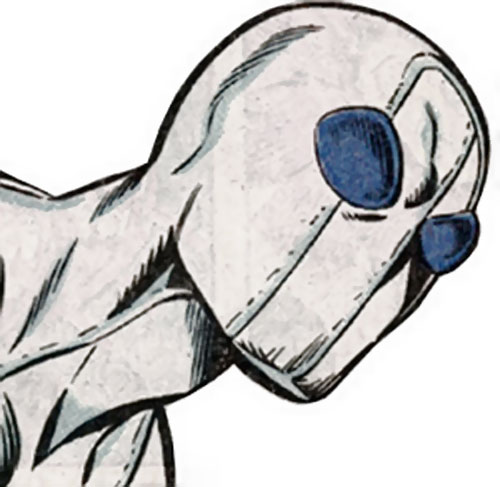