How tall is the Hulk supposed to be ?

The TV version of the Incredible Hulk is supposed to be huge – camera shots were often meant to increase his apparent size, and the clothing he wore (such as Banner’s pants) was undersized so Hulk would seem like a giant.

The main problem was, of course, the casting – two of the main contenders had problems since Arnold Schwarzenegger was muscular enough but too short (6’2”), while Richard Kiel (best known as “Jaws” in James Bond films) was tall enough at 7’2” but not muscular enough.

Lou Ferrigno, at 6’5” and 285lbs, was the tallest bodybuilding champion in the world at that time and was thus selected.

At the time of this writing, the tallest bodybuilding champion is Dalip “Giant Singh” Singh . At 7’3” and 410 lbs, he certainly would make for an impressive Hulk.

Fan-made trailer summarizing the creation of the Incredible Hulk.

As the Incredible Hulk, he is a physical juggernaut. Stronger than humanly possible, he is also resistant to injury. High-powered rifle bullets do not penetrate past his dense muscles, and inflict only superficial damage.

His healing capacity is phenomenal, and even managed to recover from a severed spinal cord several weeks after the injury, when he transformed in a fit of rage. He can leap great distances, and outrun any human pursuer.

As David Banner, he is an incredibly intelligent, and managed to generate a gamma accelerator the size of a dentist’s chair, with the limited technology available in the 1970’s. He is also a full medical doctor, and has an extremely perceptive mind, even if his senses aren’t that keen.

He also has a powerful personality, and ends up at the heart of whatever conflict is occurring wherever he goes.

Haunted by his inability to save his wife after a car accident, Dr. David Bruce Banner, a physician specializing in nuclear medicine, was searching for a way to tap into the hidden reserves of incredible strength that all humans have.

While investigating episodes of people who have displayed such strength under times of great stress, he discovers that each one coincided with a solar flare spike of gamma radiation. Convinced by the link, Banner decided to put it to the test by deliberately dosing himself with gamma radiation.

Unknown to him however, the machine was modified to give a far higher dose than he anticipated.

While there was no immediate effect from the overdose, on the way home, he had change a flat tire in the rain. After hurting himself, the pain, anger, and frustration triggered a transformation into the massively powerful unjolly jade giant known as the incredible Hulk.

Later, an explosion caused a fire at Banner’s research facility and the Hulk was unable to save Dr. Elaina Marks, Banner’s fellow researcher and the woman he loved.

The presence of the Hulk was witnessed by investigative reporter Jack McGee who published a story blaming the fire and the deaths of Banner, who was presumed dead, and Marks on the mysterious green behemoth. At the insistence of McGee the police labeled the deaths as murder with the Hulk as the prime suspect.

Unable to prove that neither he nor the Hulk was responsible for the accident, Banner allowed the world to continue thinking that he was dead while he searched for a way to control or contain the raging creature inside him.

Soon afterwards Banner traveled to Hawaii where he sought out the help of Dr. Caroline Fields, noted psychiatrist and hypnotherapist. She initially refuses, citing a severe ailment of her own. The two wound up falling in love as they worked valiantly together to cure one other before time runs out. Ultimately neither succeeded and Fields died but not before marrying Banner.

Twice widowed and having lost a third woman whom he loved, Banner began traveling around the country. He obtained menial jobs under assumed names as he sought the means to cure himself of the curse of the creature within.

And always Banner was hounded by the tabloid reporter Jack McGee. McGee sought not only the story that would make him famous but vindication of his original Hulk story which made of him a laughingstock.

Banner would always use his own first name, David, and a surname beginning with “B”, just as his own did. Everywhere he paused women would find themselves attracted to this mysterious and haunted stranger by his surprising intelligence and sensitivity.

Frequently Banner found himself embroiled in the problems of others which he was unable to avoid meddling in due to his good heart even though this would result in his having to abandon his current attempt at saving himself and moving on to continue his quest elsewhere.

While he would attempt to resolve situations with his intellect, things would deteriorate until it was only the savage fury of the Hulk that saved the day.

During years of fruitless wandering, Banner encountered a colleague, Dr. Donald Blake, who had a hammer that allowed him to channel an ancient Viking warrior called Thor and a blind lawyer who fought to balance the scales of justice as the acrobatic adventurer Daredevil.

His journey came to an end when he met and fell in love with a spy named Jasmine who was being blackmailed with the safety of her sister. Although the Hulk was able to foil this plot, the emerald hero fell to his death thus freeing Banner from his tortured existence.

A tall, muscular, ugly figure with green hair and skin, wearing the torn remnants of whatever pants Banner was wearing before he transformed. He often would also be wearing the torn shirt, but would throw it away shortly after transforming.

David Banner is a normal-looking man of average height, wearing clothes that can be replaced cheaply.

Even more so than the classic Hulk, the TV Hulk is a bestial, raging creature. However, he does have moments of tenderness, usually because of children, women, or close friends. He is full of rage, although that rage does not appear to increase his strength the way it does the classic version.

David Banner carries two ghosts within him – his dead wife, killed when he wasn’t strong enough to flip his crashed car back over, long before he ever became a researcher ; and his second love, killed during an accident at their facility shortly after he became the Hulk. His second wife later died due to disease.

He wanders across the U.S., always seeking a cure for his condition. He found it, twice, to no avail (the first time, only the Hulk could solve whatever problem was going on ; the second time it was destroyed by an Hulk-like creature).

Despite everything life has taken from him, he still tries to earn his keep. For instance, while often having to swipe intact clothes from clothesline, he usually left some cash on the line to compensate for the theft.

Banner is unwilling to allow his circumstances make him a worse person. He may be reluctant but he never refuses to help anyone in need regardless of the cost to himself.

“When the metamorphoses happen, I can’t control it. I don’t even know what it DOES ! I could have killed you.”

“Damn ! Car, you’re making me angry, now if you get me angry, you know what I’m gonna do ? I’m gonna turn you into a tin sandwich !” [Banner then hurts his hand, turns into the Hulk for the first time, and smashes the car]

“Maybe I belong in a cage.”

Take one researcher into metahumanity at Star labs, one Gamma Projector, stir, serve at room temperature. Or perhaps the Hulk is a result of Kryptonite research at Lexcorp, an engineered accident designed to give birth to a warrior who can defeat Superman ?

By Bil and Jay Myers. 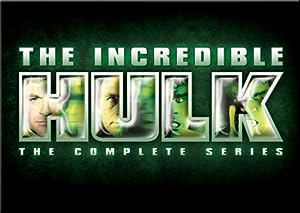 The Incredible Hulk: The Complete Series 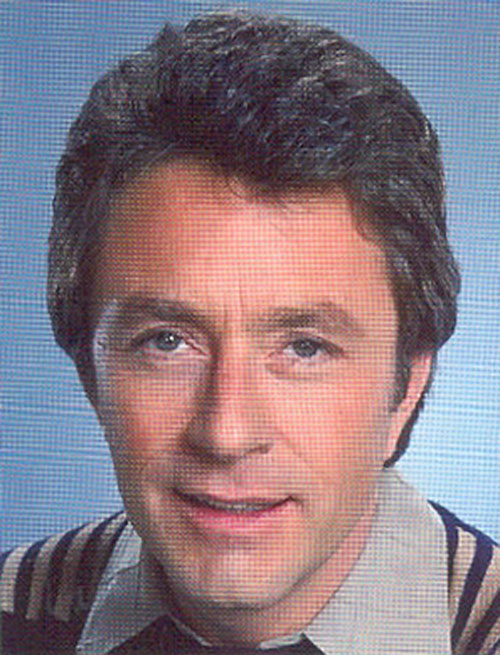 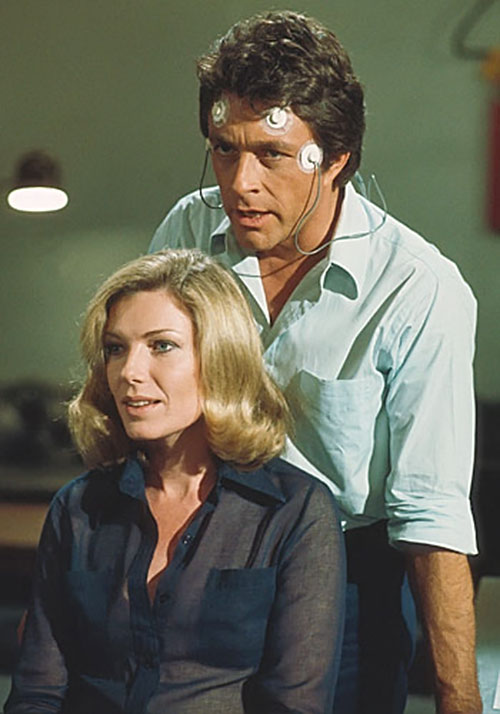 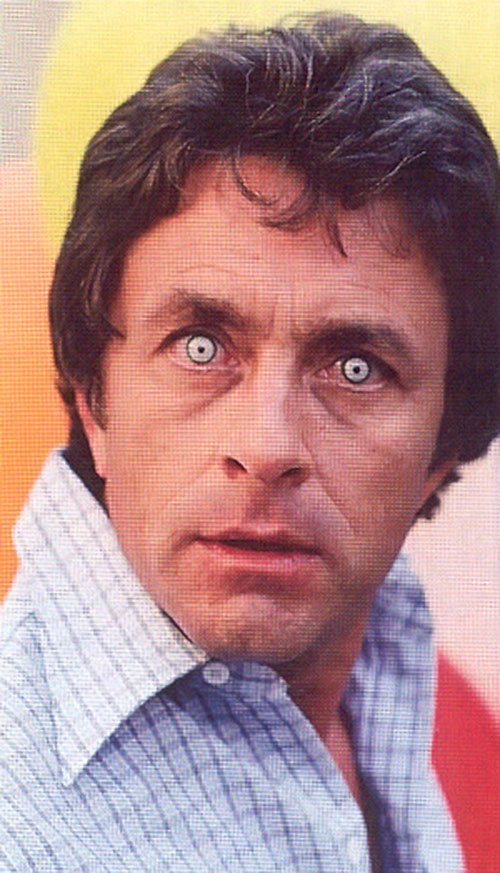 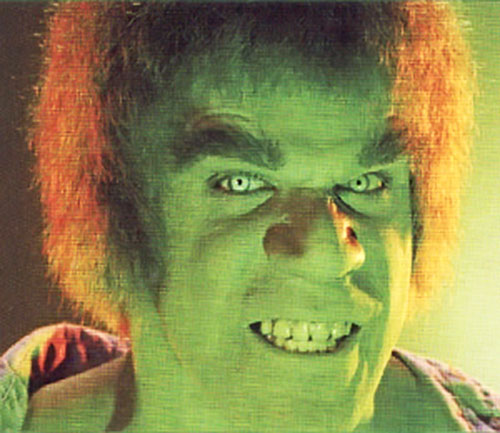 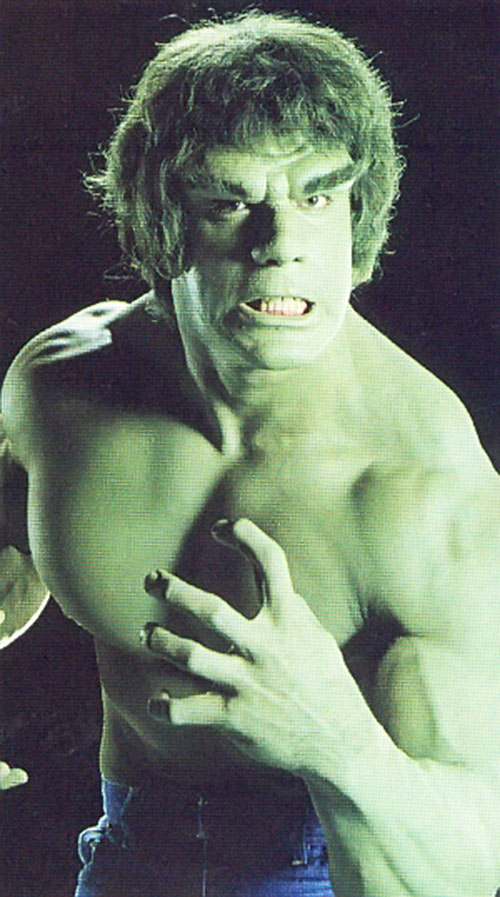 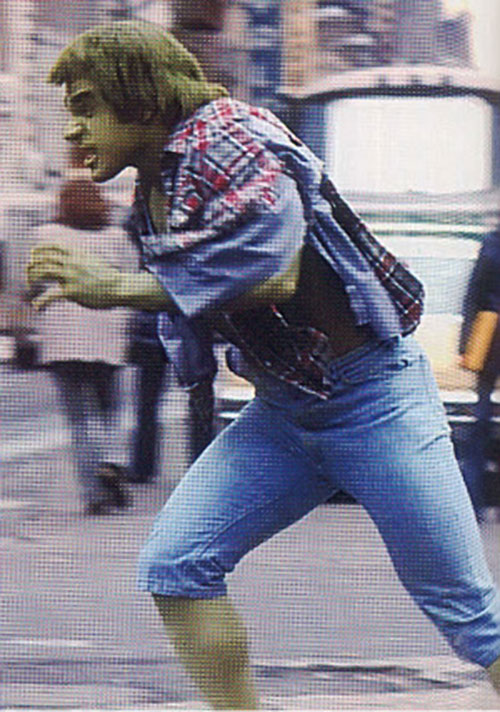 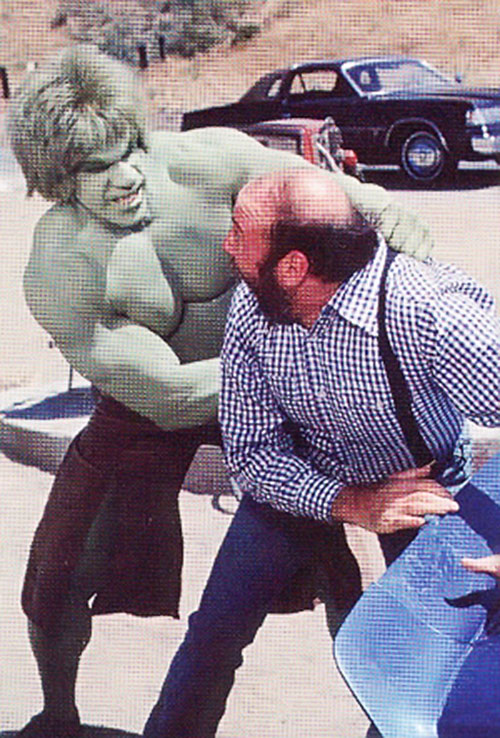 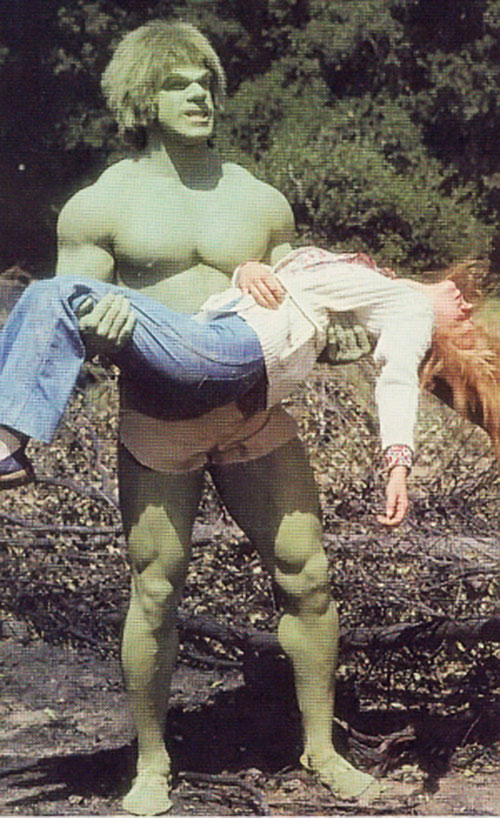