’Tor lorke san,
Bor nakka mur,
Natromo faan tornek wot ur,
Ter Lantern ker lo Abin Sur,
Taan lek lek nok-formorrow Sur !‘
(Translation unknown. Nok means “compassion be with you”, and is the name of the Tribe’s home planet. Natromo is their Guardian (kind of). Abin Sur is a reference to the Green Lantern who secretly founded them.)

This profile is for a generic Indigo Power Ring worn by the Indigo Tribe, representing the emotion of compassion.

Indigo Power Rings, in addition to the standard Ring abilities, allow them to:

Their Power Battery manifests itself as a staff through which Indigo Lanterns can unleash blasts of energy, and duplicate the abilities of other colour Power Rings nearby.

While they generally require the pure source of emotional energy the other Power Rings channel to give them their powers, Indigo Lanterns can use the strong emotional energy of others as a weaker substitute [Emotion Absorption].

There are also some minor irregularities such as Indigo-1 apparently displaying a kind of telepathy. But it’s unclear whether this is a facet of the Ring or Indigo-1 herself.

While their programming will send the Rings to recruit those with compassion, the Indigo Tribe recruitment doesn’t allow them to do so.

Instead the Tribe targets the worst sociopaths. They undergo a ritual to cleanse them of other emotions, the have the Ring introduced to them, giving them compassion and making them grieve for their past actions.

The only exemplar we have of the traits Indigo Power Rings look for is Ray Palmer (sector 2814), as he’s the only one known to have been selected by the Ring itself.

Other known Indigo Tribesmen, all forcibly recruited, include Iroque (Indigo-1), Munk, Kreaven, Slog the Slayer, William Hand (sector 2814), and Sinestro Thaal (sector 1417). Natromo — a native of the planet Nok (sector 2814) — is forger of the Rings, and serves as their Guardian.

Indigo Tribe members are probably the most heavily influenced of Ring-wielders, by design. They’re monsters who’ve been given empathy.

If the Ring is removed they’ll usually snap back to their previous persona. However Indigo-1 (Iroque) had been under the ring’s influence long enough that she retained her compassion even without the Ring, and wanted it back to ease the pain of her guilt.

[In DC Heroes RPG terms it has given her Guilt, although the amount of time necessary for this is unknown. Possibly the Ring uses a constant low level Broadcast Empath against its wielder]

The compassion it gives its wielder makes them reluctant to throw the first punch, so they’re rarely the first to act in combat [Uncertainty]. 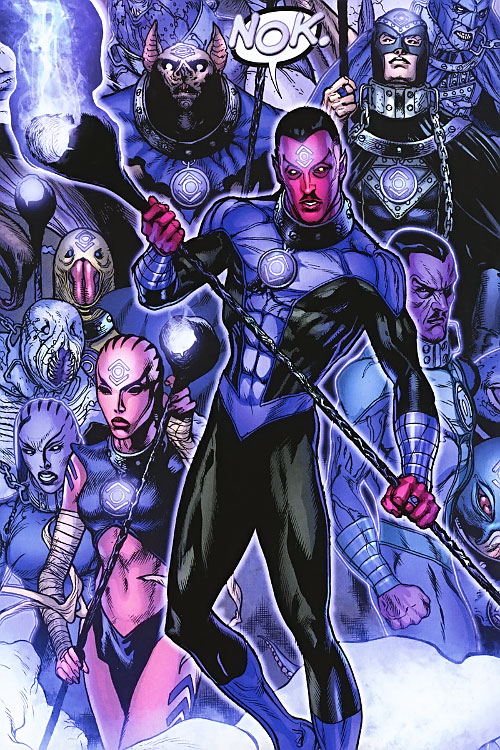 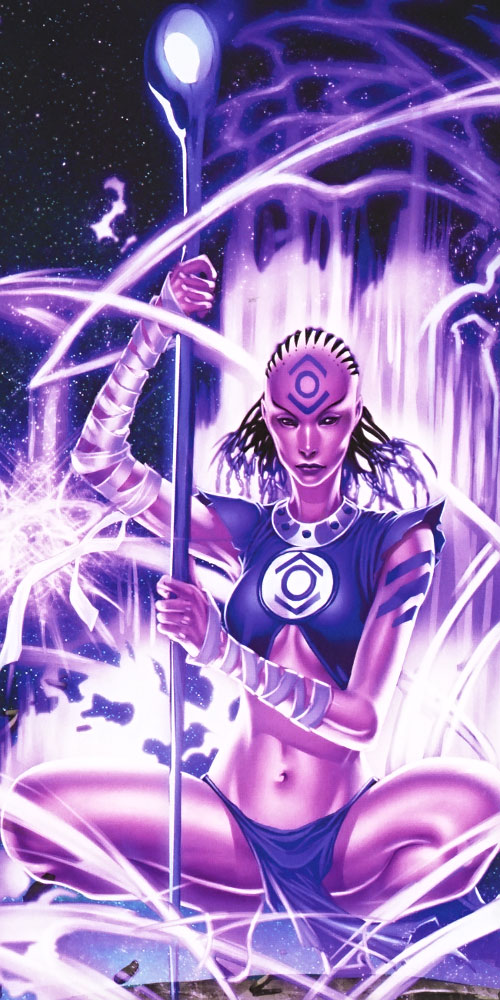