Insecticide is a big, muscular jock.

He’s equipped with a special system of sprays allowing him to shoot poisonous, pressured streams of yellow-greenish toxic foam. The jets come from wrist-mounted muzzles connected to two dorsal tanks. His costume *seems* to incorporate some form of jump pack and radio comms, but this is somewhat speculative.

He has an excellent throwing arm. Therefore, he likes to opens up his assault with a grenade lobbed through a window, then jump in.

Insecticide is a rookie assassin. He was hired by Ricadonna as part of a revenge plot against the version of the Heroes for Hire led by the Daughters of the Dragon.

Fittingly enough, he was detailed to kill Humbug. In fact, he may have been recruited and/or have chosen his nom de guerre specifically because of Humbug.

Despite having the advantage of surprise, he failed due to his lack of professionalism. Insecticide was taken out by a huge colony of African killer bees living in Humbug’s squalid squat.

He can easily be assumed to have survived after an hospital stay if you want to use him.

He’s just a hooligan and a bully, who dislikes anything he doesn’t understand (which is a lot).

While he’s a cretin, he’s not a halting Neanderthal either. More like a short-tempered and judgemental good ol‘ boy and caricature jock.

Despite his chronicled adventure being by his own admission his first hit, he was overconfident. Insecticide toyed with Humbug, not seeing how a scrawny runt like him could be a threat.

Insecticide: “Name’s Insecticide… and you are gonna be my first victim ! Think of the press I’m going to get ! Imagine my joy getting my first gig and I have to kill a guy that has sex with bugs !”
Humbug: “Sex ? Are you insane ? They’re just friends !”

“Nothing personal, dude, it’s just business. I got rent to pay just like everyone else.”

“Oh man, you really are creeping me the hell out ! Those are just bugs !” 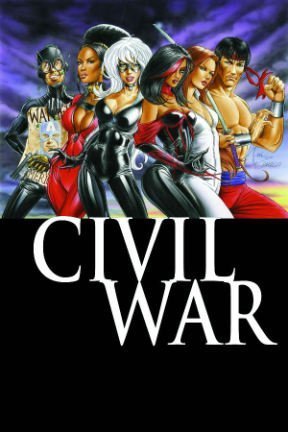 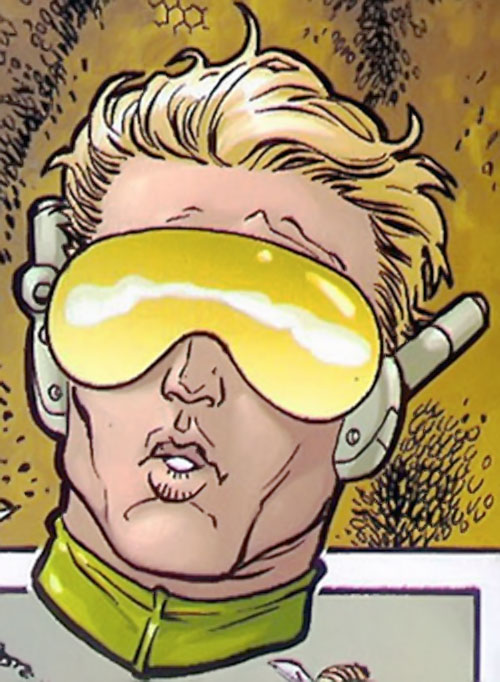 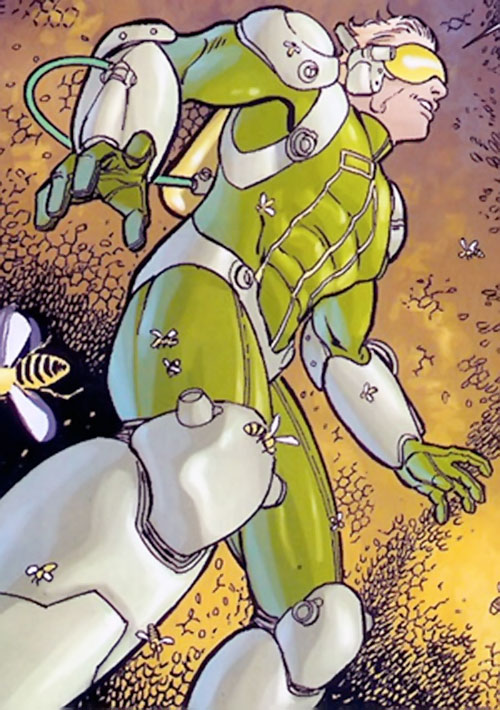