They can eat gold. Wow.

They appeared in Batman vs. “The Intergalactic Gold Eaters”, published in Action Comics #493.

They are in Fort Knox, and prepare to eat the gold, despite a guard telling them not to. Batman hears about it, and shows up with some Twinkies, which they can eat instead.

There are two of them. They look perfectly human except for their green skin, scales, and lizard-like heads.

Their outfits consist of a dark green shirt, briefs, gun holster, and boots.

They are sorry to have to eat all the gold in Fort Knox, but they require gold in order to live.

Bonuses and Limitations:
Acid has no range, and represents their saliva. That is, they can eat matter, in this case, gold.

Equipment:
They seem to have some sort of rayguns. Or, their holsters might be empty. 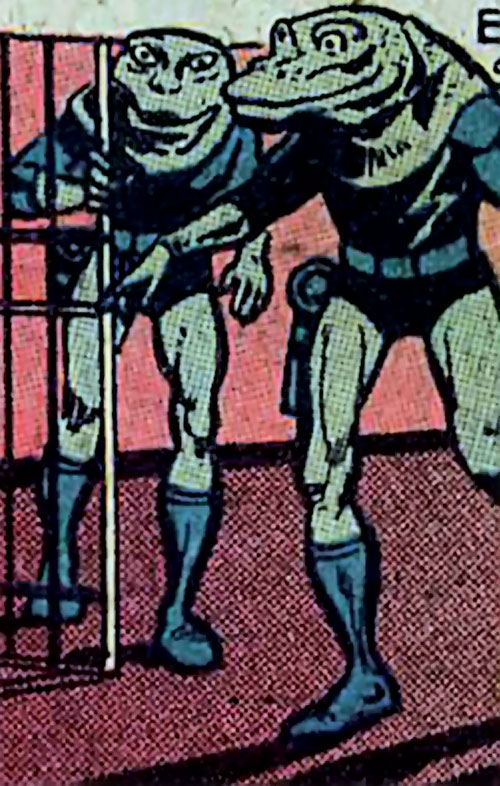 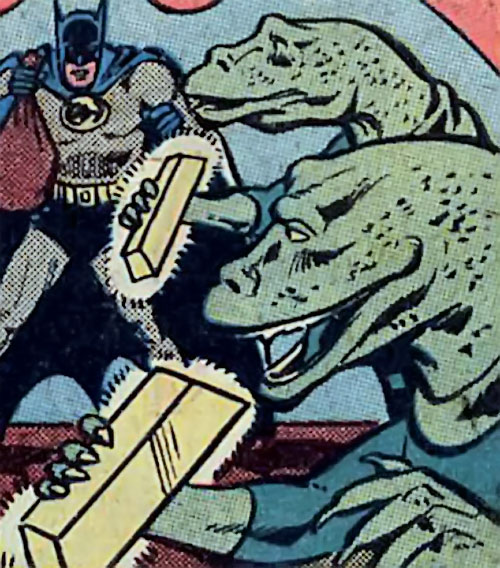