An obscure Marvel mechaSome form of cool sci-fi super-vehicle or super-robot, who appeared in one 1964 storyline. That was very early during the career of the incredible Hulk.

It doesn’t really have a name, so “Invincible Red Robot” is just our made-up name for it (hence the quotes, see ?).

The red robot is chiefly notable for being astonishingly (so to speak) durable.

This robot was built to withstand anything up to and including an atomic explosion at ground zero. Presumably, it also can handle such conditions as walking on the floor of an ocean, immersion into pressurised lava at great depths, etc..

It shrugged off the mightiest blows of an early Hulk, and direct hits from tank shells.

On the other hand, it is not built for combat. It is somewhat slow and awkward.

The operator stands inside the robot, within a cushioned womb that protects them from falls and impacts.

An operator once mentioned that he could get food and water without using the access hatch. Presumably there’s some sort of small airlock to do that. 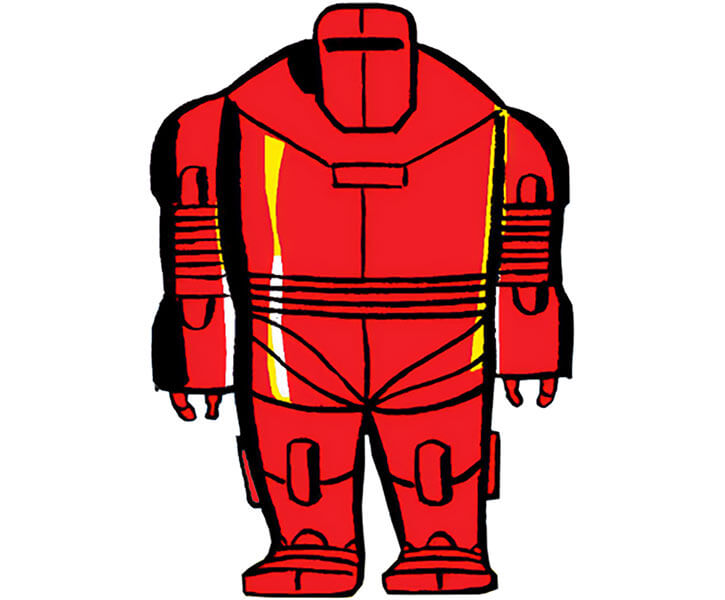 Designed by the genius Dr. Bruce Banner, this robot was a mecha that could withstand any environment.

In Banner mind’s it was to do science. Such as standing within atomic explosions to observe them, explore the oceanic depths, enter the molten layers under the Earth’s crust, walk on other planets, etc..

It is quite possible though, that project sponsor General Ross had different uses in mind.

An anonymous spy stole the robot just before it was to be run through tests. He knocked out a guard, hijacked the robot and took it through the tests.

However, security then discovered that an intruder was inside the robot.

Ross, assuming it was a maddened Banner, threw everything he had at the mecha to stop it. Nothing worked, though the access hatch was fused shut by an explosion.

The anonymous spy within the Red Robot then ran into the Hulk. But even the monster could do little to damage Banner’s masterwork.

The robot was about to drop the Hulk into a seemingly bottomless pit, when the Hulk jumped clear. The gamma giant then sent the Red Robot down the crevasse, deep under the earth.

The Invincible Robot has not been seen since. 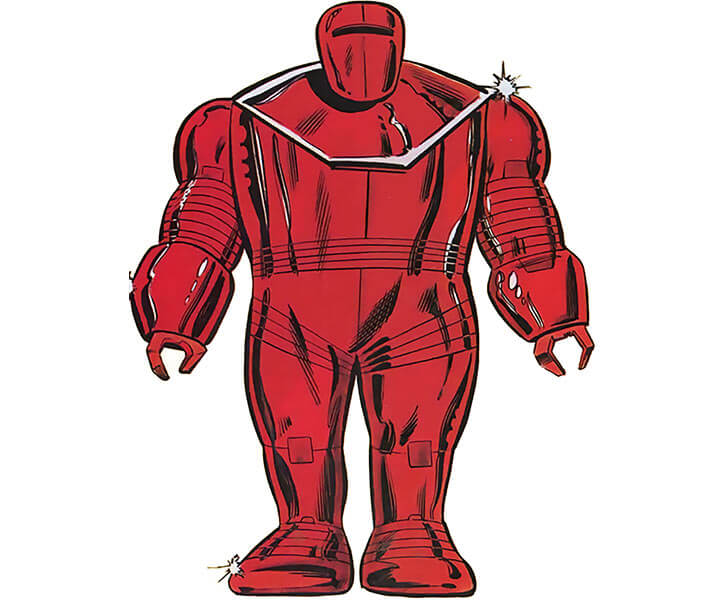 The spy’s origin, face and name were never revealed.

He apparently had decided to use the robot for world domination, rather than serving his masters.

From the story and times the spy could be assumed to be a Communist spy. However, it was later mentioned that he was an agent of the Leader.

How about an Alexei Luthor creation that proved so invincible that it survived the anti-matter wave from the Crisis ?

The pre-Crisis artefact angle would strengthen the “blast from the past” aspect of this robot.

The Robot may have been created by Alexei Luthor as part of Metron’s quest to get beyond the Promethean Wall. But Alexei saw through Metron’s manipulations and never actually made the attempt.

The robotic armor was indeed durable enough to survive the destruction of Earth-2 although it was structurally weakened to its current Attributes.

Source of Character: Tales to Astonish #60-61 — very early in the career of the Hulk.