The series of benchmarking notes goes:

The magical disappearing girlfriend, which isn’t problematic at all. Sue is the least powerful FF member by far, and even her modest power is difficult and stressful to use. It requires a lot of concentration and she can overextend herself when, say, turning large objects invisible.

Her invisibility powers (turn invisible, make invisible things visible, turn some other things invisible) quickly (Fantastic Four #22) get supplemented by invisible force fields. During this era, the fields are limited to static barriers and bubbles of force. Sue can also get feedback if massive force is exerted against her force constructs.

Back then, Sue is just “the girl” on the team, and the most passive and ineffectual member.

Sue was quite young when the FF received their powers, perhaps even a teenager.

Sue is a proper young woman for the 60’s, although somewhat daring for the times. She’s the archetypal faithful girlfriend and sidekick, and rather uncertain so the male heroes can save the day. That’s pretty much it.

“Now I’ll leave you two alone for your man talk !” 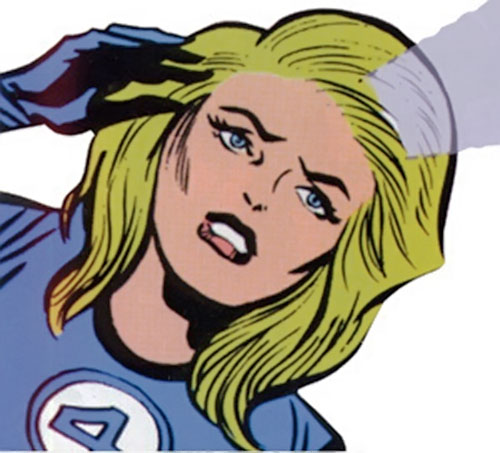 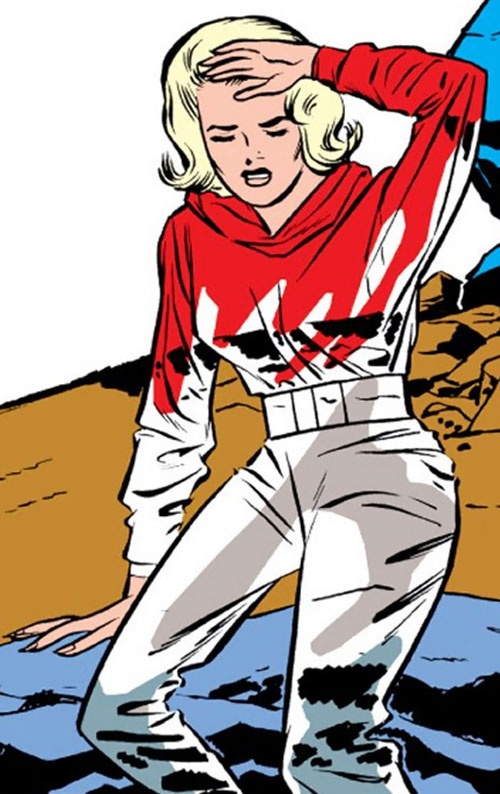