Lyle is a super-genius. While not as smart as Brainiac 5, he is more imaginative, which helps him find practical uses for his inventions. He’s also a robust hand-to-hand fighter.

Using the invisibility serum he created, he can bend light around his body, making himself undetectable to his enemies.

Lyle Norg is a boy genius, specializing in the field of biochemistry. He created a serum that changed his body to allow it to turn invisible. Using these talents, he performed some espionage for the government of Earth, which in turn compensated him handsomely.

When the Legion of Super-Heroes was formed, he was tapped to represent Earth.

Lyle, code-named Invisible Kid, was an asset to the Legion from the beginning. But not mostly because of his invisibility. It was more due to :

He began to grow disillusioned with Cosmic Boy’s Legion leadership. Norg found himself and other useful, but less battle-strong members being overlooked for missions. Therefore, he formed the Legion Espionage Squad to make use of his own stealthy talents. Other Squad members were Chameleon, Triad, Shrinking Violet and, while she was alive, Apparition.

Cosmic Boy became suspicious about President Chu of the United Planets. He thus asked Invisible Kid to investigate – but Lyle had already started inquiries. Through these efforts, it was revealed that Chu had started the Braal-Titan war and assembled the Fatal Five. These revelations that led to her undoing.

Then Cosmic Boy and six others were stranded in the 20th century. Norg’s strong will, intelligence and ability to lead the espionage squad led to his election as leader of the Legion. He was allowed by Cosmic Boy to continue in that capacity after their return.

Shortly afterward, though, something came up which led him to resign the post and turn it over to deputy leader Saturn Girl.

Lyle is non-descript, which serves him well. He has brown hair, and wears a costume that is completely black with a white “i” on the front.

Lyle is extremely friendly and personable. He keeps his secrets, but it doesn’t show : he’s so friendly no one thinks he’s hiding anything.

Bonuses and Limitations:
Invisibility is Usable on Others but is Fatiguing when used this way. 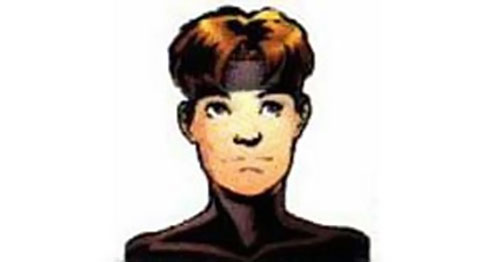