We opted to distinguish the Moore version from the Wells version. This is because the history of the original work was altered to some degree in LEOG to allow use of the character.

Furthermore, the game stats differences between the two were sufficient to merit distinct write-ups.

The gentleman known as Hawley Griffin was seen far and wide as a chemist of unusual ability. Or at least, he was until one of his more bizarre experiments arranged matters so that he could no longer be seen at all.

Some clever chaps in the burgeoning field of illumi-optics have made the humble suggestion that Griffith would still be visible to one who could detect light in other spectra.

Hawley Griffin distinguished himself in youth as a chemist. Indeed, his skill was so great that he developed a substance with the unusual property of rendering living creatures totally transparent. Griffin made the unfortunate decision to submit himself to his own creation, and was reduced to his current state.

The effects of his devil’s brew also deranged him. After engaging in a heinous reign of terror he was apparently kicked to death by an enraged West Sussex mob.

Unknown to the mob who sought to end Griffin’s dreaded menace, he had in fact escaped. The fiend left a poor albino half-wit, whom he had also experimented upon, to suffer the fate that Griffin had brought down upon himself. The faded countenance of the corpse rendered by the mob’s bold endeavors was presumed to be another side effect of Griffin’s abominable chemical.

Griffin himself retired to a girls’ boarding school. The despicable fellow engaged in perverse entertainments with the young ladies there for the next year, being mistaken for a spirit or ghost.

A League of their own

Griffin’s boorish recreations were ended when he was captured and recruited by Her Majesty’s latest League of Extraordinary Gentlemen. That occurred in the year of Our Lord 1898. He agreed to serve with the League in exchange for the British government helping him to find a cure.

Given the craven Griffin’s delight in his invisibility, it was likely he sought a cure solely so that he can change between his natural and unnatural states at will.

The cur also undoubtedly recognized that the menaces that plague Great Albion could just as easily claim his worthless life in their reckless abandon.

Alas, even these inducements were not enough to prevent this yellow Dog of Flanders from making a secret alliance with the invading fiends from another world. When the menace of the Martians darkened fair Britannia’s skies, Griffin slinked away from his companions to bargain in treacherous secrecy with those unnatural abominations from the red planet.

The transparent miscreant even betrayed the Nautilus to them as it battled the Martian tripods at the Thames River. The craven Griffin then lurked in the League’s headquarters. Therein, he awaited the opportunity to complete his betrayal.

Unfortunately for Griffin, the bestial Mr. Hyde’s senses could perceive the cur despite his evanescence. Hyde brought the empire of Invisible Man the First to a conclusion in a manner so horrific that even the stolid Captain Nemo lost his composure upon seeing the final fate of their former companion.

Surely you jest, good Fellow! Griffin was visible only after he perished, and given the circumstances of the end, one would not wish the sight of his mortal remains upon one’s worst enemy.

However, when he still lived and wanted to walk amidst his fellow man without fear of revealing his singular condition, he would attire himself in fancy clothes. He would conceal his transparent flesh with either bandages or cosmetics, depending on the needed balance between concealment and convenience.

Hawley Griffin was once known for his sound moral character and good fellowship. Since his ill-advised foray into permanent evanescence, however, I fear he has begun to demonstrate a deplorable self-aggrandizing character. He cared for naught but his own gratification and safety.

Griffin now lacks any apparent conscience, and engages in perversion and homicidal aggression whenever it is convenient.

As with most such wretched sports, Griffin seeks positions of influence for the freedom to indulge in his depraved whims rather than simple lust for power.

He is, simply, quite mad. He is often heard to be giggling in the manner of the mentally deficient as he engages in his uncouth pursuits. As with most bullies, though Griffin is quite aggressive when he has the advantage, he is easily cowed by serious threats to his well being. Thus, the cur met his end cowering and begging for mercy like a whipped dog.

Even his august membership in the League of Extraordinary Gentlemen was leveraged by means of various enticements and the knowledge that he, too, could fall victim to the schemes of the scoundrels that plague Her Majesty’s Empire.

As should only have been expected of such a man, he deserted the League at the first opportunity when he saw a better chance to achieve his wretched ends with the Martian invaders.

“The only empire I care about is the empire of Invisible Man the First.”

“’Oh, Heavens ! He’s harmed a poor policeman !‘ Well, forgive me. I’d rather thought we were a covert military unit but it seems we are instead a knitting circle !”

(Upon realizing Hyde can see him) “This…this isn’t fair.”

The self-proclaimed Invisible Man and his less-than-stalwart compatriots could easily be inserted into the history of other fantastical narratives such as the DCU with nary an adjustment. One’s brave heroes from the days of things to come could encounter Griffin and his allies by means of such incredible interventions as the time traveller’s incredible conveyance.

Conversely, it is possible that one such as Griffin could be found in those selfsame future times, suffering the same mishap and sinking to the depraved depths of serving an underworld master, working as an enforcer with ambitions.

Note:
Distinct Appearance is due to the fact that unless Griffin is completely naked (and thus invisible) he appears to be an empty set of clothing, which attracts a certain amount of attention. He will sometimes use his Artist (Disguise) Skill to apply face paints and take on a poor semblance of normal pigmentation.

Equipment:
Griffin’s invisibility serum must be injected intravenously, and grants the subject the same Powers, Limitations, and Drawbacks that Griffin has (including Mistrust — an invisible person whose sanity is in question doesn’t inspire a lot of confidence in others).

Source of Character: League of Extraordinary Gentlemen vol. 1 & 2 by Alan Moore and Kevin O’Neill (comic book mini-series from ABC Comics), based in turn upon The Invisible Man by H.G. Wells (novel). 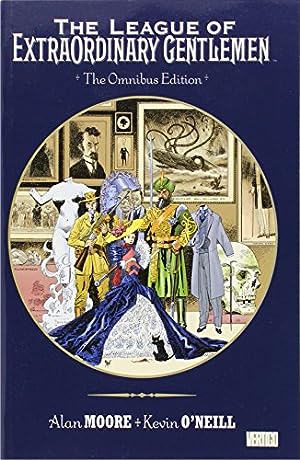 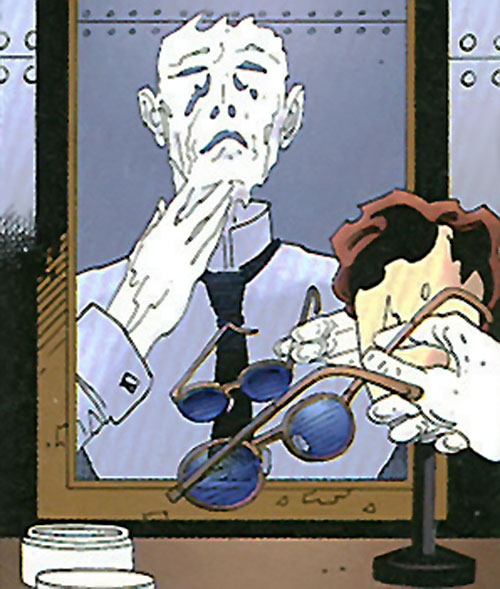 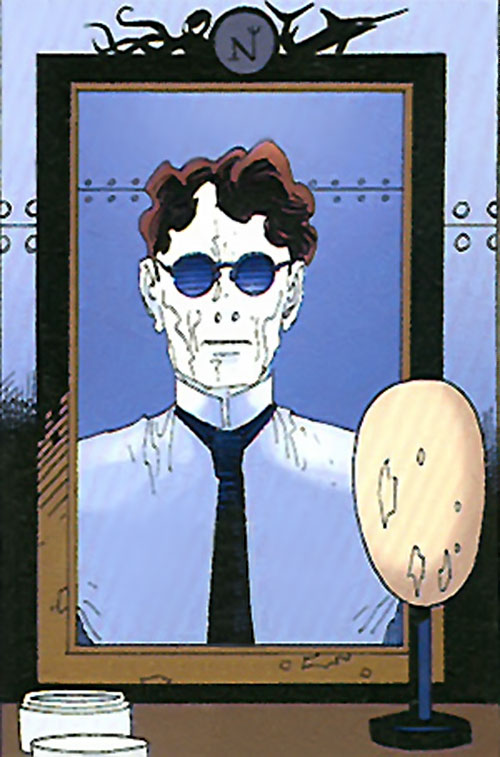