Sue is now more mature. One often downplayed aspect during this period is her physical beauty and poise – she was formerly a model and actress.

By this point (about the mid 1980s), Sue has matured into a capable fighter and leader. The Malice episode and several incidents after have even, in fact, demonstrated that she is capable, when greatly angered or threatened, of a previously unknown ruthlessness.

However, asides from her abilities as an adventurer, she tries to balance her courage and skill with her perception of how she should be as a wife and mother. The basic theme for Sue during this period is both “she’s considerably tougher than you thought” and “balancing high-risks professional activities and a family life”.

A third recurrent theme, important when role-playing her, is that she is revealed as the heart and soul of the FF. While that role was previously held by the pipe-smoking Reed, several subplots, crises and splits within the group have made it clear that it is the presence of a responsible, adult woman in the group that keeps it going.

Advantages:
Expansive Headquarter, Leadership, Misc.: Den Mother (when Sue Richards is acting to defend children, her HP spending occurs as if she was operating in the next more favourable Genre).

By this stage, Sue is no longer restricted to simple bubbles and barriers ; her powers gains in flexibility far more than it gains in raw power.

Classic stunts with her Force Manipulation include : 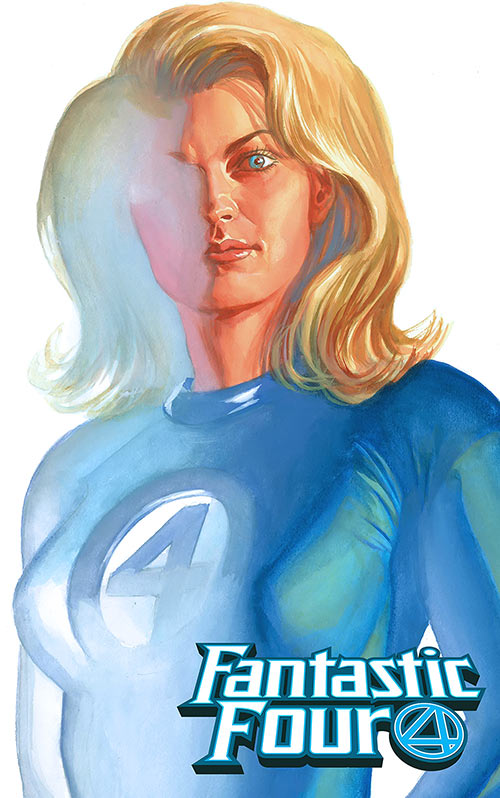