A highly experienced intelligence operative, Irina is an accomplished armed and unarmed combatant.

However she usually stays in the background, surrounding herself with mercenaries who do the fighting for her, or manipulating her enemies into furthering her goals.

Irina was one of three sisters born in Russia. She was recruited into the KGB at age 18, by Alexander Khasinau. Irina remained friendly with her younger sister Katya, but her relationship with Elena was more troubled. The pair eventually came to hate each other.

After her training she was sent to America under a false identity. She was assigned to get close to CIA agent Jack Bristow, to retrieve information from him, specifically on Project Christmas. She met and married Jack, and they had a child Sydney.

She was also directed to murder other American intelligence agents. This drew the attention of the FBI, whose investigations drew too close. That forced Irina to fake her death, and return the Russia. While married to Jack, she had also engaged in an extended affair with his friend Arvin Sloane. At the time of her disappearance, she was unknowingly pregnant with his child.

On her return to Russia, she was imprisoned for her extensive debriefing. When she gave birth to her second daughter, Nadia was taken away from her by the authorities.

Escaping captivity, she became an independent operative, developing a fascination with Rambaldi lore. She eventually built up a covert international criminal intelligence organisation under the identity of The Man. Khasinau acted as her front man, and she employed the young Julian Sark as one of her primary operatives.

They made their name by beginning a campaign of violent activity against other intelligence organisations. This included activity against SD-6, for which Jack and Sydney worked. Irina knew, thanks to her mole in the CIA, that they were actually CIA moles within SD-6.

She had managed to assemble a Rambaldi mechanism, the Muller Device, in her Hong Kong operation. But it was destroyed by Sydney, who was then captured. Irina revealed herself to the shocked Sydney. While watched by colleagues who were disappointed by the destruction of the Device, Irina shot Sydney in the shoulder, leaving her for later.

As she expected, Sydney escaped, and continued to try to bring her in.

Her organisation apparently disintegrating, Irina sent Khasinau to retrieve important files from an agent. Meanwhile, she watched over the meeting with a sniper rifle. Sydney led the CIA on a raid against the meeting, but Irina managed to get the advantage. Killing Khasinau herself, Irina got away, only to walk into CIA headquarters a short time later to turn herself in.

A two-minute sequence featuring Irina and her husband.

She offered information, but was only willing to talk to Sydney or Jack. Under her orders, Sark established an alliance with Sloane at this time, paving the way for her plans. He also organized a tense situation for which the CIA’s only option was to allow Irina supervised access to an extremely sensitive satellite network.

Even under supervision, she still managed to achieve her goals, and soon arranged her escape. Reuniting with Sark and Sloane, they continued their pursuit of Rambaldi artefacts. But Sark was soon captured by the CIA. Then, Irina dissolved her alliance with Sloane when it put Sydney’s life in danger.

Learning of her sister Elena’s pursuit of Rambaldi stuff, she investigated, but was captured. Elena had an assassin hired, ostensibly by Irina, to kill Sydney, and allowed the information to reach the CIA. Learning of this, Jack met with Irina, actually an agent of Elena’s altered to look exactly like Irina, and he executed her.

Irina was kept prisoner, until rescued by Sydney and Nadia, whom Irina met for the first time. She revealed that Elena had constructed a larger Muller Device and was planning to use it as a weapon.

They learned that she had used it over the Russian city of Sovogda. Irina joined the team, including Sydney, Jack, Nadia and Vaughn, which travelled there to stop her. They succeeded, and Irina executed Elena before leaving.

Irina became involved with the Prophet Five organization. She oversaw their questioning of the pregnant Sydney when they needed information out of her. They gained information from her, but it was only after she had been let free they discovered she had resisted the drugs enough to give them the correct information.

Irina, apparently acting independently of Prophet Five, visited Sydney. She helped her and Jack infiltrate a Canadian bank where the data Prophet Five wanted was being held. They realized her connection to Prophet Five.

But when Kelly Peyton led a Prophet Five squad into the building and Sydney went into labour, Jack dealt with the squad. Meanwhile, Irina delivered her granddaughter Isabelle. Irina slipped away soon after.

Irina moves in Hong Kong, where she sets up her plan to launch nuclear attacks, with the aid of Arvin Sloane, who had taken over Prophet Five, against Washington DC and London, whose defences she is able to neutralize. When Sark arrives with Rambaldi’s immortality serum, the Horizon, she orders Sark to initiate the nuclear attack. She’s soon confronted by Sydney, who had trailed Sark.

They fight, ending with Irina on a precarious glass skylight, reaching for the Horizon. Sydney offers her hand, but Irina reaches for the Horizon instead, and falls to her death.

Calm, calculating and unreadable, Irina is an expert at manipulating others. Even those who are already suspicious of her, and at keeping her own agenda secret. She is extremely self-controlled, rarely showing any emotion unintentionally. She is calm under pressure, quickly adapting her plans to the changing situation.

She is also ruthless in pursuit of her goals, or in dealing with her enemies, executing her sister without remorse.

She retains feelings for Jack and her children. But while she’ll try to keep them safe if she can, her own goals are her primary concern, and she appeared willing to kill Sydney during their final confrontation.

Irina: “About my indiscretion with Sloane – I can only hope you’ll accept my apology.”
Jack: “Of all the things you’ve done, that’s what you’re going to apologize for ?” 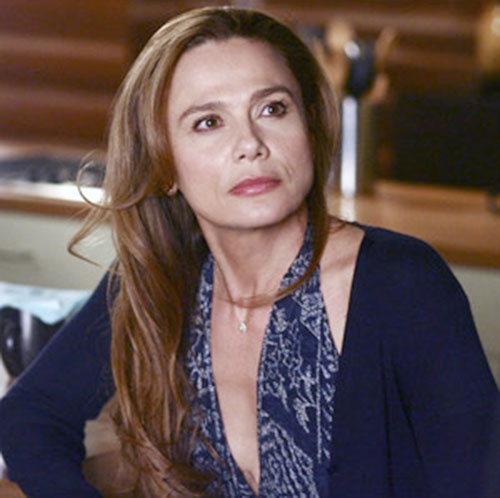 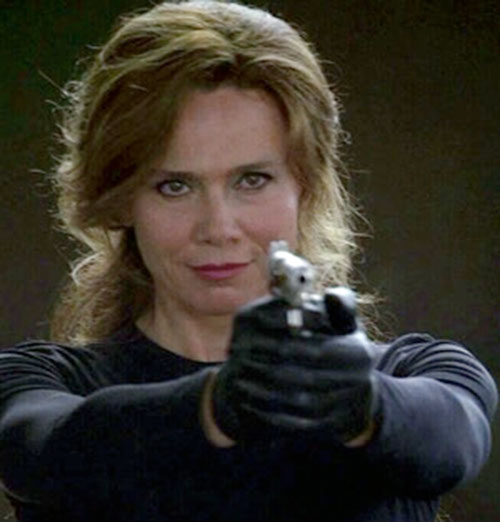 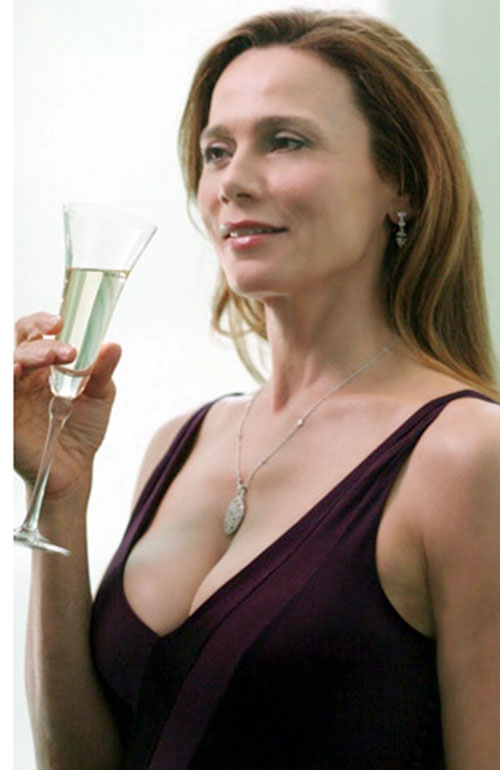