He often spearheads the assault in order to have opposing soldiers concentrate their fire on him. In other circumstances he stays close to Garnoff so as to be able to shield him with his body whenever needed.

Iron Curtain (rarely called by his code name) was first seen as part of the group of mutant dissidents. These were working in USSR with Father Garnoff (aka Blind Faith). He likely joined after having being rescued from governmental efforts at mutant elimination, containment and study.

One of his documented missions involved attacking a concentration camp for mutants. It was run by unethical doctor Heinreich. To do so, Garnoff’s men used an ongoing conflict with the covert American mutants of X-Factor as a diversion. In the chaos, freed a number of experimental mutant subjects.

Like nearly all members of the Garnoff Underground, Simas was later murdered in a brutal assault by the dreaded mutant hunter Firefox.

Simas almost always wears blue jeans and a mauve (or green) turtleneck sweater, or something close to that.

Simas seemed to be an everyday, older Russian man. He was courageous but without superlative intellectual acumen, and very loyal toward Garnoff.

“Bah ! These puny soldiers are a waste of our time ! I haven’t even worked up a sweat !” 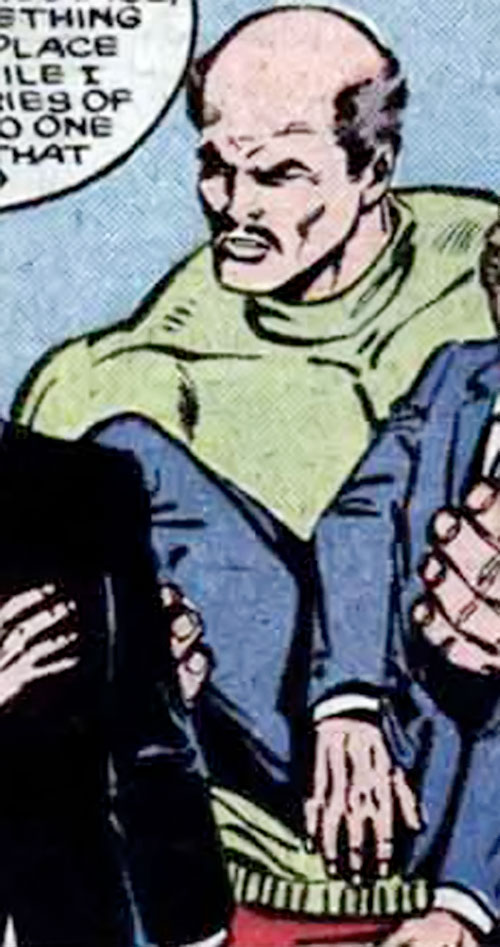 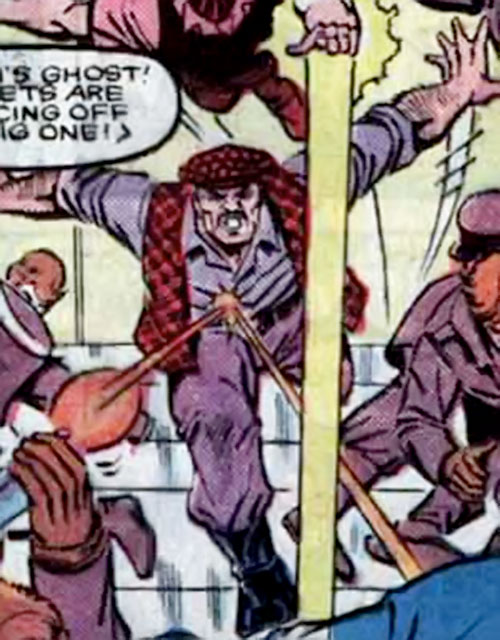