The Iron Despot is a bloody huge robot. He is nigh-unstoppable unless you happen to have Godzilla on speed-dial.

He somehow evolved to ability to telepathically communicate with, hurt and control people sitting in his cockpit.

This giant mecha  was developed by a scientist from a race of telepathic alien living on the other side of the galaxy. However, the robot somehow evolved the ability to control people sitting in his cockpit – as well as a serious thirst for power.

Soon, the entire planet was under the control of the Iron Despot, with his hapless creator sitting in the cockpit.

The scientist eventually tricked the robot into looking for other worlds to conquer. He then programmed a flight path that would take it into the intergalactic void. Unfortunately, he made a miscalculation. Thus, after a long flight the robot impacted with the MC2 Earth. The dying scientist was ejected after the impact.

The crash point was close to where Rina Logan’s class was. They were having outdoors activities in the swamp with their teacher. A student soon climbed into the cockpit, and the Iron Despot started looking for the king of this place to take over.

Rina Logan changed into her Wild Thing clothes, and told the Iron Despot she would make for a waaay better pilot. The Despot eventually ejected the student and allowed Wild Thing to climb into his cockpit instead.

She had the robot walks in bottomless shifting sands. Then she raked the controls with her psychic claws, forcing it to eject her to terra firma. The Iron Despot disappeared under the mud.

A grandiose authoritarian with a superiority complex.

“Relax, human ! Do you know the meaning of ‘symbiosis’ ?”

Drawbacks:
Distinct Appearance, Misc.: Needs a sapient  being in his cockpit to operate. 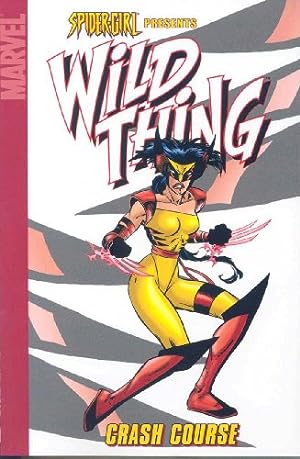 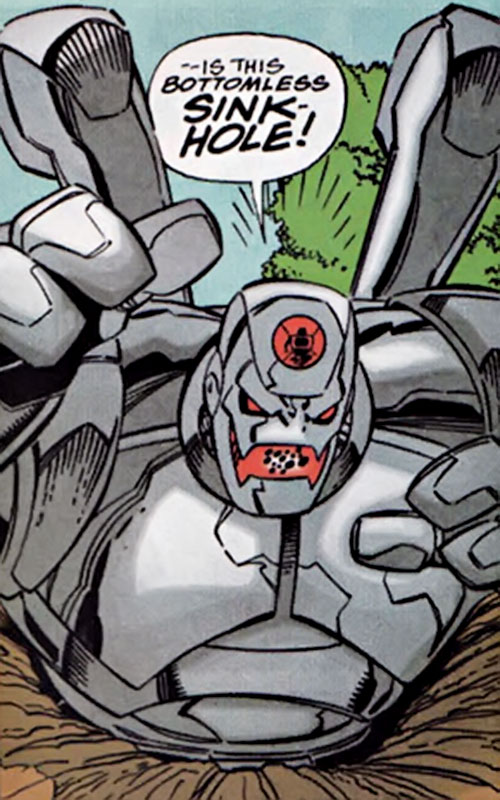