Tony Stark is an inventor and savvy businessman. He is responsible for the creations of new construction technologies, weapons, and at least three variations of Iron man amour. He is agile for desk jockey but not extremely so. He is moderately skilled with operating his custom battle suits.

Tony is a much better scientist than he is a warrior. There are times where a more tactical mind would have done better than Tony in the battles he faces.

Tony Stark was involved with a complicated venture in mainland China. Part of the project was raising an ancient temple to “the Mandarin”. His best friend and cohort “Rhodey” was there on sight for the work. A spate of terrorist attacks had slowed but not stopped the project. Rhodey was kidnapped and the workers killed as soon as the Temple was raised.

Tony went to China to rescue him. At the same time Tony’s father and the Board of directors cuts off Tony’s funding. They further removed him from his experimental projects head position.

Immediately after arriving in China Tony’s caravan was attacked and he was gravely injured. He was captured by the group of terrorists that held Rhodey. His heart was replaced by a prosthetic by Jim Rhodes and another unnamed captive while they were held by the Chinese terrorists. The Chinese Zen Surgeon is then murdered.

James and Tony make a deal with the terrorists that in exchange for their lives they will use captured Stark technology to make a way to sink the city again. Before his murder the Tony’s unnamed saviour made him maps and drawings involving the Mandarin.

Jim and Tony learn that the terrorist group is a quasi-religious order that is dedicated to preventing the return of the Mandarin. Although the two Americans do not believe in the curse of the returning Mandarin but go to work on a secret project to gain their freedom. They create an Iron Man amour that the two use to break up the terror cell and escape. Tony becomes smitten by the terror cell member Li Me.

The two Americans quickly discover that the curse of the Mandarin is real. Simultaneous they also discover that they were wanted by S.H.I.E.L.D. on a bogus weapons charge. Four elemental spirits have risen and are searching the word for the Mandarins rings. S.H.I.E.L.D. has locked them out of their own facilities. Luckily Tony possessed a secret amour lab within the Stark building.

According to prophecy with his five rings the Mandarin will be resurrected. Tony, assisted by Rhodey and Pepper Posts, fought the elementals. He defeated three of the four of them using and shredding two armors. Pepper and Rhodes are captured by S.H.I.E.L.D. for aiding a fugitive. Tony entrusts the four rings he has captured to Li Me. This was an error.

Tony learns that Li Me is the last descendant to the Mandarin and possesses the fifth ring. He fights and defeats the fourth elemental while she enters the temple and raises his spirit. Li Me has a change of heart at the last minute and helps Tony defeat the Mandarin. She is killed for her efforts.

The Bogus weapons charge is quickly squashed. When Tony returns to the US he buys out all of the Stark companies stock, fires the board who tried to oust him and appoints his father to the head of the company. He also appoints Rhodes to Chief Scientist.

Tony is tall, dark and handsome. He is a young man who is most often seen in casual high fashion. When in battle amour he is near 9’ tall and plated with bulky armor and bristling with weapons.

Tony does a lot of coming to terms with trust and responsibility during the course of the movie. He is a basically good man trying not to become and embodiment of his father’s cynicism and mistrust.

This Tony is no kind of wilting lilly. He is not afraid to leave a few corpses or break a few laws to do what he thinks is right.

Drawbacks:
MIA toward Hot Chicks, Hunted, Secret Identity. Note: Tony has an artificial heart but it doesn’t seem to cause him any difficulty.

Equipment:
Tony uses several amours during the course of the movie and wrecks them all. As a generality the Amours tend to be [/STR/ 07 /BODY/ 11, Flight: 07, Energy Blast: 08, Projectile Weapons: 07, Detect (energy signatures): 12. Limitation: all powers have no AV, substitute Power Amour Skill instead. Note: Force Field: 07 and Sealed Systems: 12 have been seen in some models]. 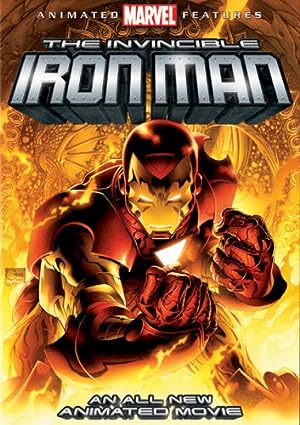