The Iron Man Mark V “Golden Avenger” battlesuit is a state-of- the art piece of combat weaponry, despite the fact that its first appearance was in the 1960s. The suit features an impressive array of offensive and defensive capabilities.

The famous “repulsor ray” (in DC Heroes terms, Energy Blast) is a concussive plasma beam fired from the palms of the gauntlets. The chest-mounted “Uni-Beam” (Flash and Heat Vision) is used as a secondary weapon. The armor retains the limited magnetic capabilities of the early repulsors (Attraction/Repulsion). 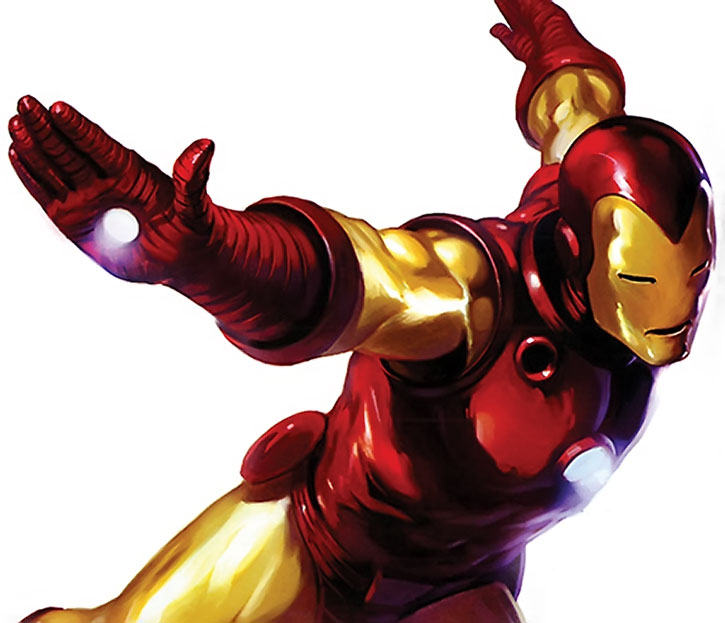 Boot jets allow the armor to fly (Flight) and roller skate at high speed (Running). The armor has a built-in air supply (Sealed Systems) and protection against light- and sound-based attacks (Shade). The armor itself is stiffened by a magnetic field for increased resilience (Skin Armor).

The armor is equipped with a host of sensory and communicatory devices (Radar Sense, Radio Communications, Sonar, and Thermal Vision). The armor scrambles the user’s voice so that the identity of the wearer remains hidden (Actor).

The armor also carries a number of lesser-used powers (Omni- Gadgets), such as digging implements in the gauntlets (Digging), heater coils in the armor skin (Flame Being), fire-retardant foam in the fingers (Flame Control), radar jamming (Invisibility), and sonic blasters (Sonic Beam).

The armor is mostly solar powered (R#0), with hip-mounted power pods to store excess energy. In emergencies, these power pods may be used to enhance strength and repulsors (Power Reserve), to project a force field (Force Field), or as grenades (Bomb). These uses of the power pods reduce the internal power reserve and reliability (R#5, attribute reduction). 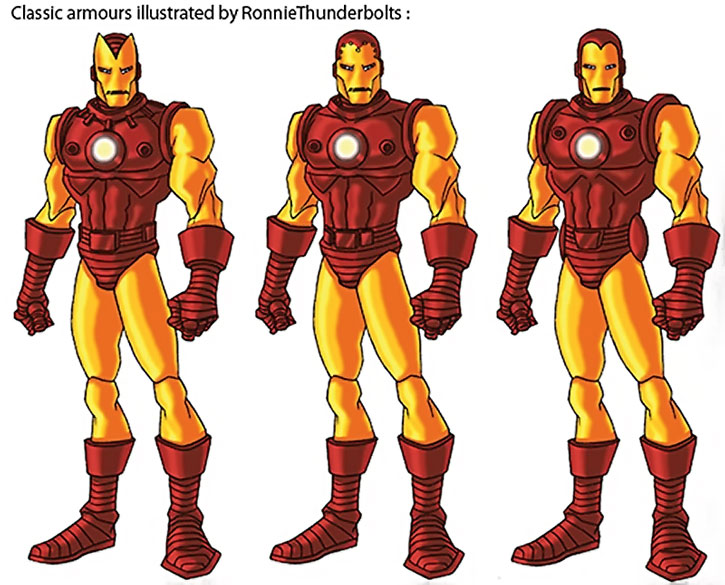 The Mark V “Golden Avenger” armor is the classic red-and-gold armor from the 1970s and early 1980s. It was first worn by Tony Stark in Tales of Suspense #66. Stark wore the armor until his bout with alcoholism in Iron Man (vol. 1) #169.

James Rhodes wore the armor from Iron Man (vol. 1) #170 through #199. This armor was finally replaced by the Model VII “Silver Centurion” armor in Iron Man (vol.1) #200, although Rhodes made at least one more appearance in this suit.

For all maneuvering purposes, Iron Man usually uses his Vehicles (Power Armour) Subsskill as AV and OV unless he is choosing to substitute Flight as his evasive OV that phase. The armor also gives him increased speed (Enhanced Initiative) and the option to allow the computer to control his movement (/DEX/).

Iron Man’s total Initiative score reflects both of these effects. 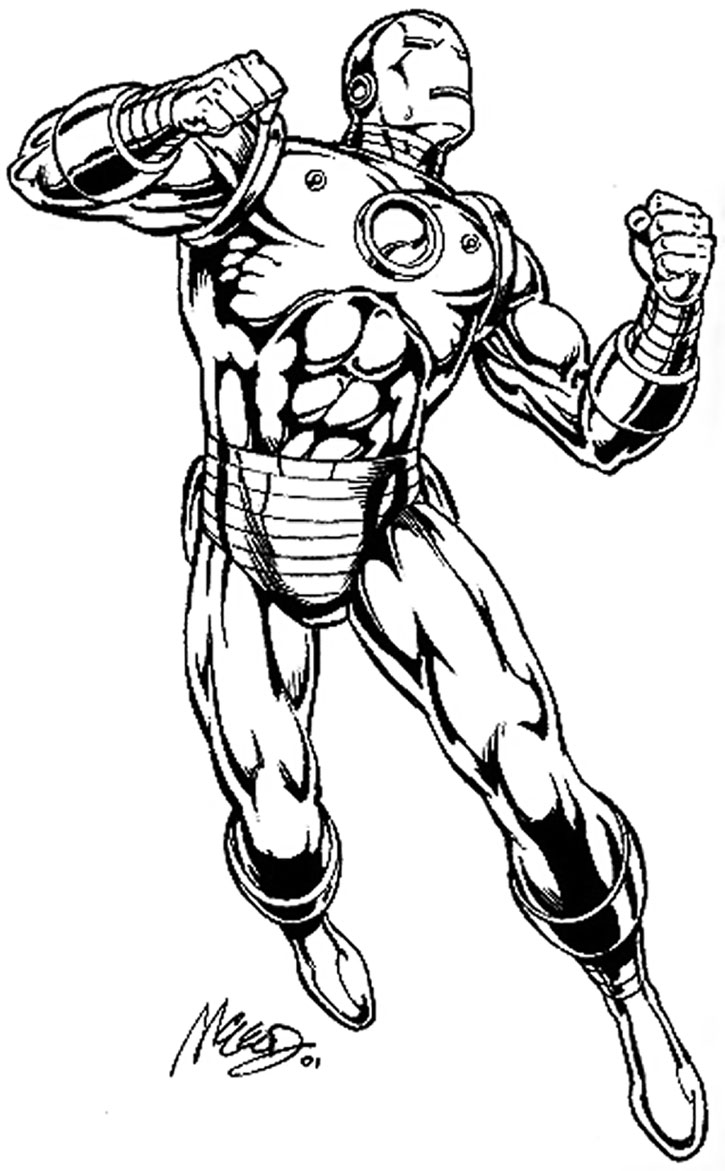 Iron Man’s /BODY/ score, modified by Energy Absorption and Skin Armor as appropriate, acts as his RV against physical attacks. Any damage taken by Iron Man is split between the armor’s BODY and the user’s BODY, not the user personally (Hardened Defenses per BOHSE rules).

The armor ceases to function upon reaching a current BODY condition of 0 APs. Any damage has to be repaired manually in a workshop (an action done using Gadgetry and any adequate Scholar advantage). Another more costly and immediate option is for Iron Man to pay up HPs and do a Desperate Recovery Roll for the armor.

For all practical purposes, the Iron Man armor has indefinite power supply as long as the hip-pod batteries are intact. The R#11 is in effect if the hip pods are used as offensive weaponry. Failure with R# results in that component failing, not all of his weapons and maneuvering systems.

Repairing of components is done in a Workshop, unless trickier field repair is attempted (costing HPs). If Iron Man resides in an alien environment for an extended period of time, he will likely suffer from a Power Loss Subplot (à la Secret Wars). 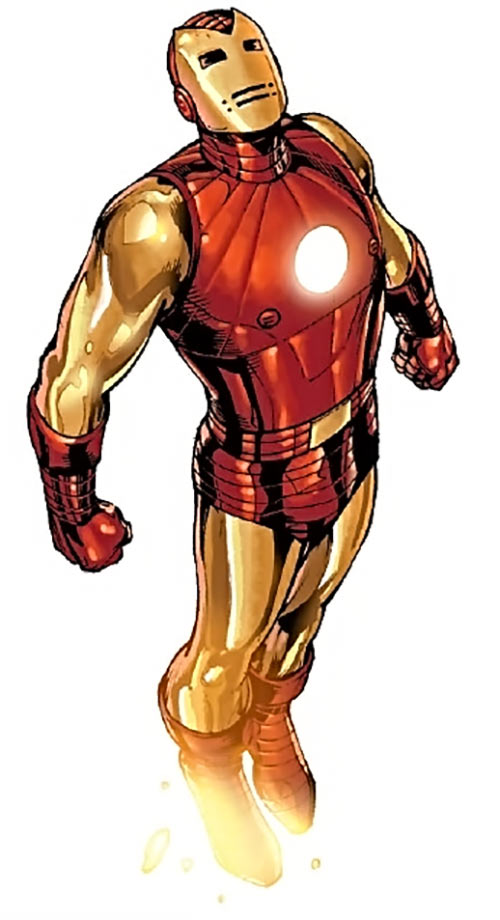 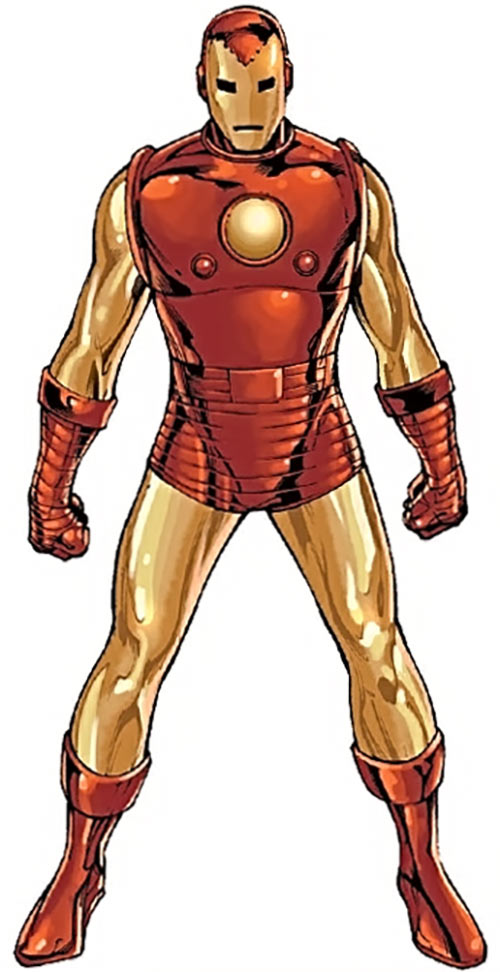 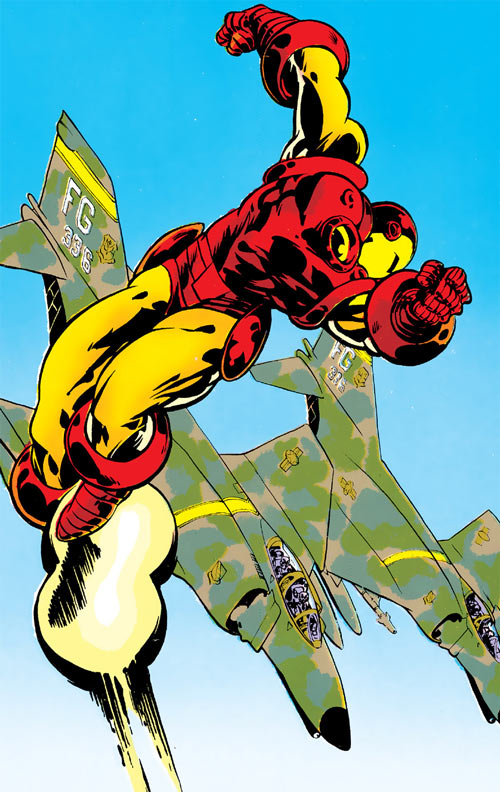 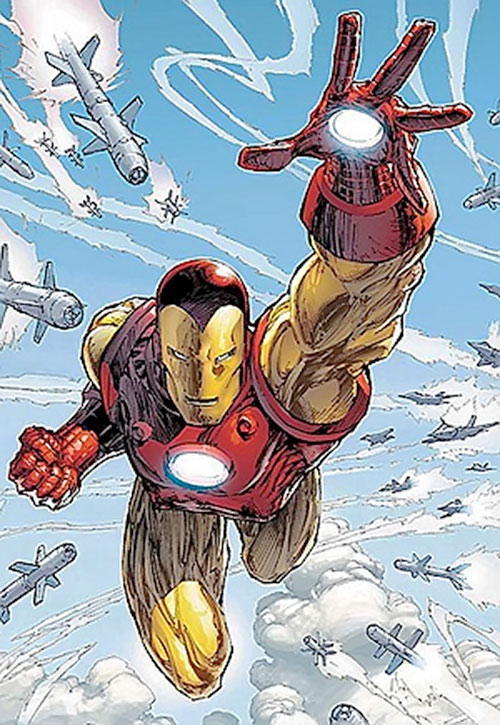