He cannot be meaningfully hurt by physical attacks — unless struck with a weapon that wasn’t made by a mortal. Presumably, being punched or kicked by a person who isn’t a mortal would also work. Our game stats further assume that extraordinarily powerful attacks, capable of wounding Kryptonian-class  superhumans, might overcome the Iron Monk’s invulnerability.

Given this limitation, it seems likely that the Iron Monk’s powers are mystical in origin.

His usual weapon is his prayer beads – made of solid steel. He uses it like a flail, always keeping it in motion.

The Iron Monk is an enforcer of the demon-led ninja organisation The Hand. He is disguised as a Buddhist priest or monk. The Monk will routinely abuse the status that this confers him in many Asian countries.

In 1996, Wolverine (James Howlett) was investigating a Hand conspiracy among the Japanese underworld. He let himself be captured to force his opponents to expose themselves. The Hand sent the Iron Monk to the prison to finish Wolverine off. The hairy Canadian found himself unable to harm the assassin.

However, the diminutive Yohei, an enforcer of the Yashida clan, snuck into the prison. He brought Wolverine the honour sword of the Yashida. The mutant ran through the Iron Monk with the katana, which had been forged by a demon. 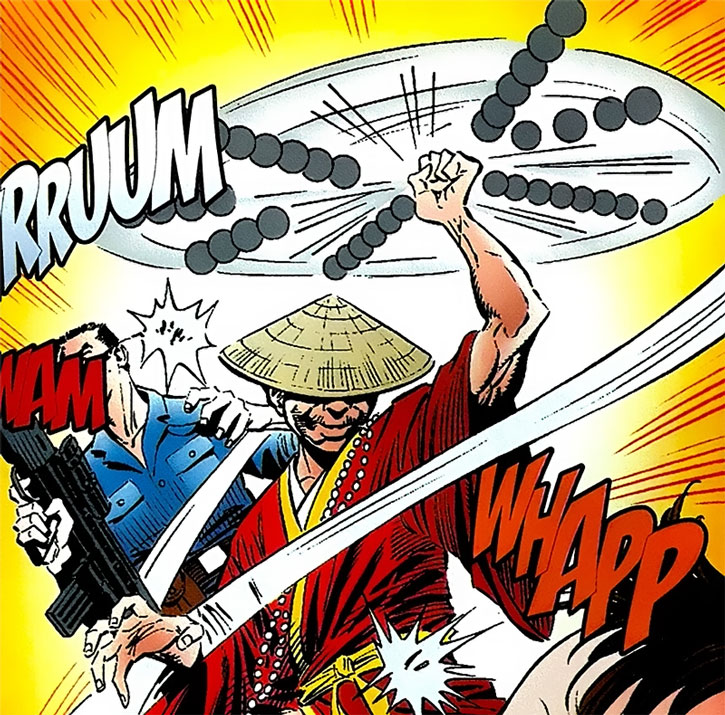 The Iron Monk usually acts like an old-fashioned priest. Yet given his taste for violence it seems very unlikely that he’s any sort of sincere Buddhist. He also seemed racist against mutants.

In combat he is hugely confident and brags about his invulnerability. At one point he will inevitably announce that he “cannot be harmed by mortal hands or blades”, thus exposing his vulnerability.

“A master of the Hand has no need of mere keys.” (rips a prison door off its hinges with one hand)

“Neither bludgeons nor bullets may lay me low, genefilth !”

Bonuses and Limitations:
Skin armor only works against mortals and weapons created by mortals (-1).

Advantages:
Credentials (The Hand, Low), Expertise (Buddhist theology), Language (Japanese), Misc.: as a traditional priest, the Iron Monk will usually be respected by people raised in a Buddhist culture. 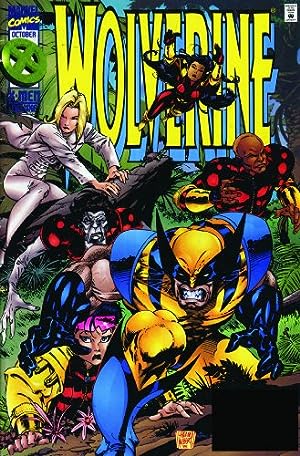