Ironclad’s body is covered in a metallic and remarkably tough armored hide, able to resist most forms of attack. 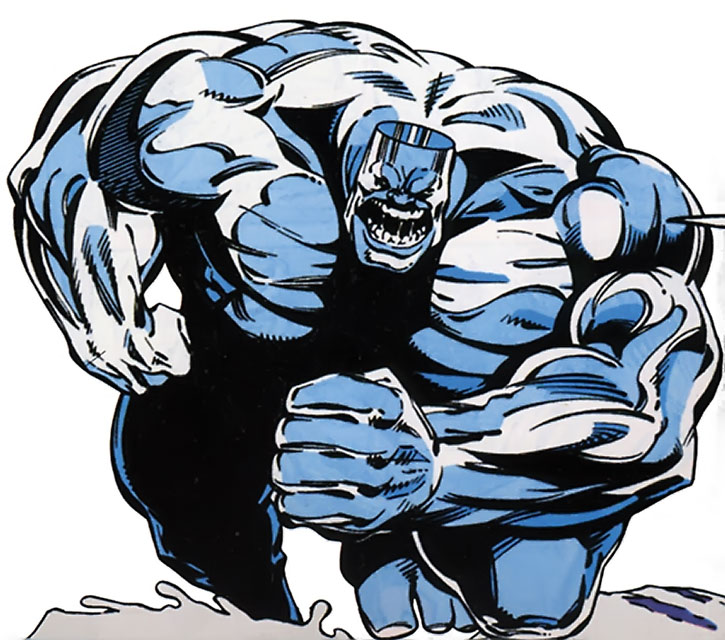 Being composed of an unknown material, Steel does not require nutrition for survival.

Even before turning into Steel, Michael Steel was an excellent pilot. As Steel he is an excellent hand-to-hand combatant capable of mashing it out with the best of them.

Ironclad’s history prior to being recruited as a pilot by Simon Utrecht has yet to be revealed. He was among the small group led by Utrecht to simulate the crash that gave the Fantastic Four their powers.

After gaining their powers, they formed the super villain group named the U-Foes. Steel has remained with the group ever since and is currently held in custody. For more details, see the Vector write-up.

Ironclad looks like a big man coated with a thick layer of steel over his entire body. He is very big and wide and shines like metal with a completely flat head, a big grin with teeth and small white eyes. Around his waist he wears a metal skirt in the old Egyptian style.

Mike Steel is no more. In his place is the brutal fighting machine known as Ironclad. Ironclad enjoys combat immensely and is most often seen with a large grin while punching his opponents. He is very overconfident in his strength and will take on any opponent.

Although he gives a very brutish appearance he is not the dumb thug his opponent often believes. As the other members of the U-Foes he is a good follower.

Advantages:
Life Support (Does not need to Eat or Drink), Rich Friend (Simon Utrecht aka Vector).

Drawbacks:
Misc. Drawback (If exposed to sudden surges of cosmic energy, of at least 6 APs, his powers will react in strange ways resulting in an incontrollable burst of his Density Increase Power that makes him sinks deep into the Earth’s core; 10 pts), Public Identity, Strange Appearance. 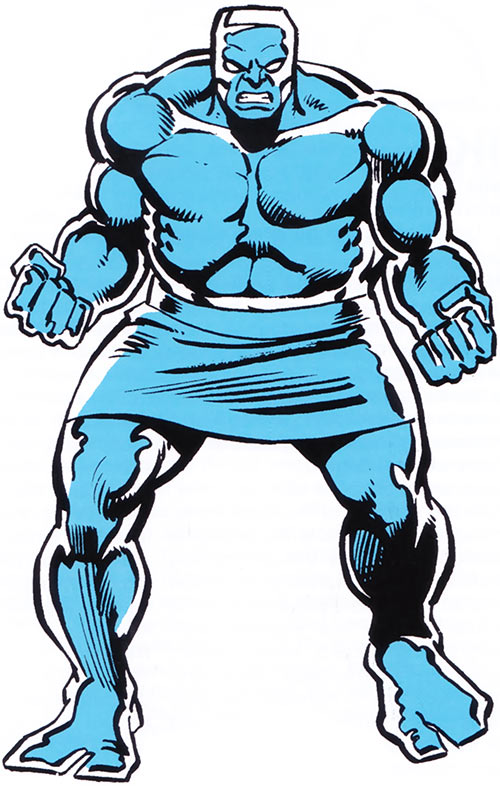 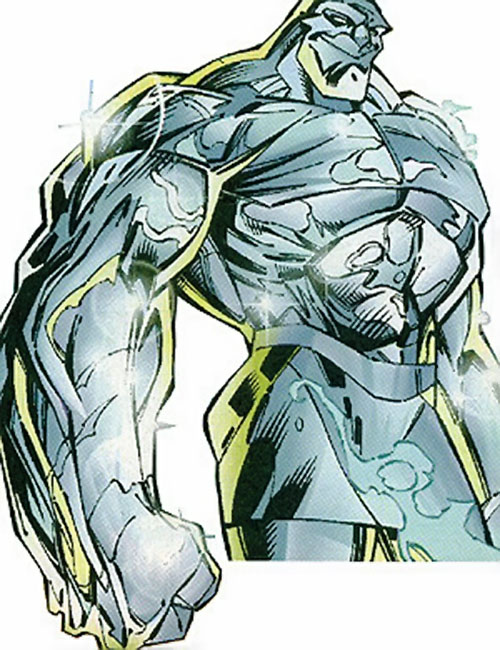 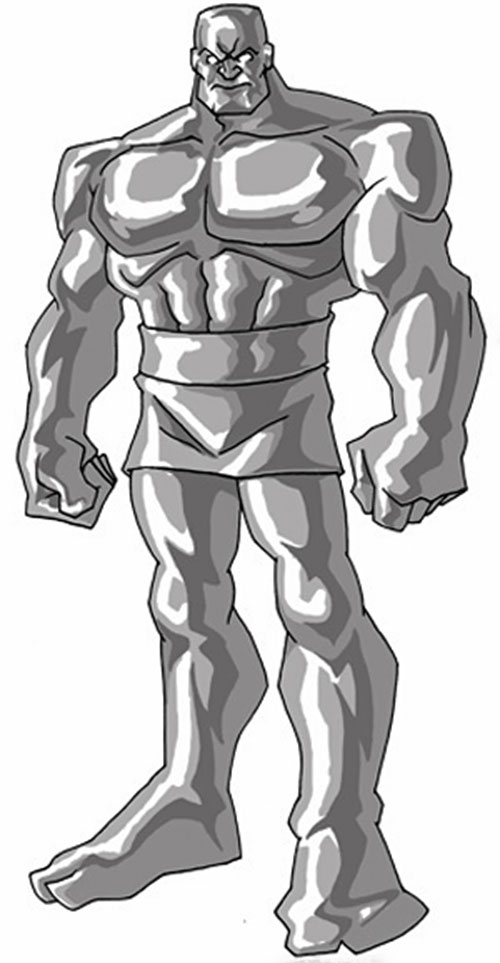