Ferguson is a gifted technologist. Her specialities are :

She built all of Maverick’s gear. Ferguson is also known for her ability to build “special orders” in record time if there is an emergency.

Isabel Ferguson is the daughter of the Marvel Universe equivalent of James Bond’s Q – the Head Armourer of the MI-6. A gifted weapons technologist herself, she used familial contacts to become a provider of advanced, custom-built tactical gear for NATO agencies.

Isabel later relocated to Canada and married a man called Michel. While he was rich and influential, he was too high strung. Though she was pregnant, Ferguson soon divorced him.

Isabel retains custody of her very young daughter Madeline, though Michel gets to spend his week ends with the toddler. She lives in the small, provincial town of Saint-Jean. She presumably moved there when she became pregnant.

We appreciate your business

A regular customer of hers is Maverick (Christoph Nord), whom she presumably met through NATO intelligence contacts. Ms. Ferguson is the woman behind Maverick’s state-of-the-art gear, which has proven powerful enough to take down X-Men or considerably slow Sabertooth down.

Her ex-husband forbade her to have further contacts with Maverick. He threatened to sue for full custody of Madeline, being afraid that doing business with Maverick put the toddler in danger. Ferguson has since kept her engagements with Maverick brief and discreet. These are usually to craft weapons Maverick needs to solve a particularly deadly situation.

What made Michel freak out was when Isabel’s home was invaded by the thugs of the crimelord Ivan Pushkin. They wrecked her place and took her stuff. Isabel and Madeline only survived by hiding in a cloaked safe room.

After they left, Isabel got out and zapped the gunman left behind to kill anybody coming in. She then did her best to placate Michel as he came in.

Ms. Ferguson went after her stolen gear. This is how she found Elena Ivanovna, who had been captured by Pushkin. Isabel freed and armed Elena so they could work together. Maverick had been brainwashed into being Pushkin’s assassin, but with Ivanovna’s psionic  talent they still managed to find him. Maverick had by then broken his mental conditioning.

What big teeth you have

Some time later Maverick contacted her with a desperate need, requesting specialized weapons that could take Sabertooth down so he could save Elena Ivanovna’s life. Recognizing a life-or-death emergency she accepted to break her promise to Michel and built those weapons.

Although Maverick had underestimated Sabertooth’s durability, those weapons proved essential in his eventual, very narrow victory over Sabertooth and thus Elena’s survival.

Isabel later visited friends of Maverick (the Bradleys) to see him and check on Elena Ivanovna (who at that point was still in a coma) and the medical equipment used to treat her. She rationalized this by noting she was not seeing Maverick for business, and was just on vacation with Madeline.

She left Maverick a gift — a brand new suit of his signature body armour, since his old one had been completely wrecked in the fight with Sabertooth.

Since her daughter Maddie is less than a year old, Isabel tends to have her with her 24/7.

Isabel is a patient, quietly upbeat and affable woman in her early 30s. She is mostly a young mother and artisan, but seems to operate on strict ethical principles. She always want to make sure her clients are the good guys. Ms. Ferguson will ask for extensive documentation and recommendations from others before she accepts to enter in a commercial relationship with someone.

While she does not looks like an action person, she seems to have some training and will enter the field if necessary.

She seems attracted toward Maverick, or at least very friendly toward him. Isabel will go out of her way to provide support to the veteran intelligence agent.

“I’ll need the day to put together the rest of your stuff. It’ll be ready by morning.”

“These customized disruptors are capable of knocking a man down on his back and keeping him down for at least half an hour from as far as 20 feet away. Believe me, we’re not at any disadvantage.”

“Man, I’m such a softie. All right… I’ll help you. But please don’t put me in this position again, Maverick. I mean it ! I really can’t keep doing this. Michel’s playing hardball this time — and I don’t wanna lose custody of Maddie !” 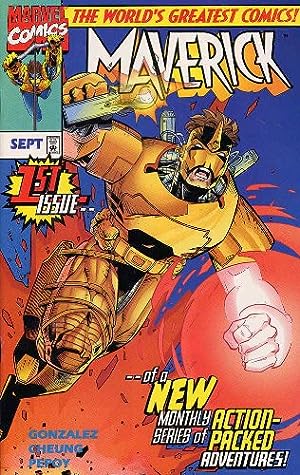 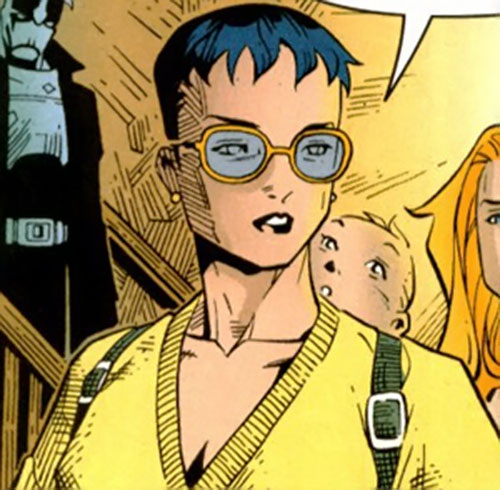 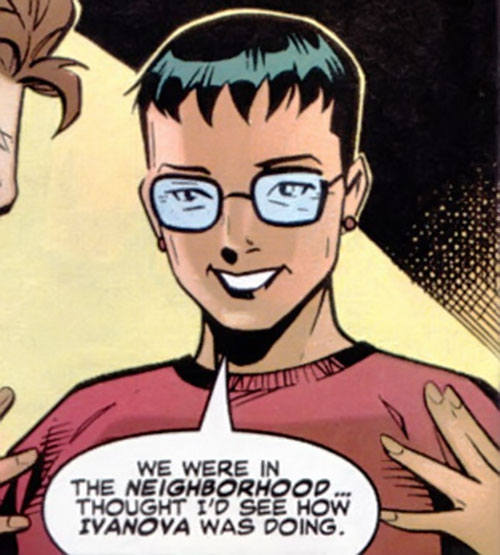 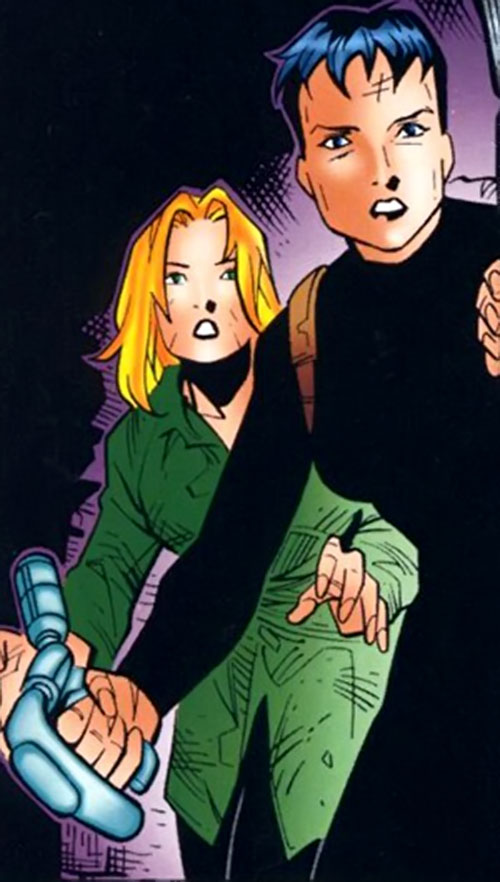