These critters were seen in The Maxx, an early (1993) and distinctive Image Comics series by Sam Kieth. In some ways, The Maxx prefigured what Image would become later, as a high-end publisher for different sorts of stories.

The isz are nothing special, but struck me as being useful for games.

Well, okay, they’re not the greatest henchmen in the world, but not everybody has to fight Superman. And in great numbers, they can get pretty dangerous. And even one Isz can bite through metal, you know.

Isz have a cool ability. When they wear a piece of clothing, they assume a human appearance to everybody’s eyes, except the Maxx. The human appearance is logically determined by the clothing. An old skirt with flowers will give a little old lady illusion. Spotted boxer shorts turn an isz into a bald guy with a Cyclops-like visor.

Okay, “logical” may not have been the best word. Maybe “consistent” then, since all the isz wearing the same article of clothing are identical. If they all have the same skirt, you have an army of LOLs jumping around and biting stuff.

The isz normally live in the Dreamtime. Well, Julie’s Dreamtime Outback. You know.

They’re little white critters (about 1,5 feet high). They’ve got a big mouth full of sharp teeth, very slim arms and stubby legs. Like some kind of Pac-Man with appendages, and no eyeballs. They behave a bit like moles, but live in herds. Probably.

OK, so the isz are normally small predators, eating little mammals such as northern crabbits. Only, when they go from the Dreamtime to the real… no, normal… no, well, our world, they become black. Black isz behave a lot like gremlins in that movie. They’re very aggressive, and like to bite stuff.

They can be magically tamed, since Mr. Gone has them under his thumb.

They can say one word, which is “meep”. White isz sound a lot like Goldie, Abel’s baby gargoyle. Black isz sound scarier.

Source of Character: The Maxx comics (universe is unclear). 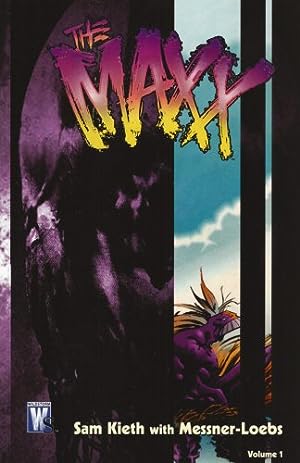