Ivan Karlovitch is an obscure Marvel character. He appeared once in the 1967 annual Fantastic Four issue – and that’s it.

He’s part of a trio of randos who were issued advanced-but-not-that-powerful weapons to work security. You can use these guys in pretty much any story where you need an extra body.

He’s mostly there due to our love for obscure characters. I occasionally joke that he’s secretly a critical character in the evolution of the Marvel Universe. But it’s the sort of joke that wears out its welcome if done more than twice or so per decade.

Still, having good ol’ Ivan unexpectedly pop back could be fun. What *has* he been up to ?

Ivan is just a heavy and a thug.

Still, he is pretty good with pistols. And he apparently could pilot advanced air vehicles.

The Psycho-Man gave him a solar pistol. It can emit either a blinding focused flash, or a laser beam. Ivan preferred to open with the flash, then take careful aim at the blinded target. 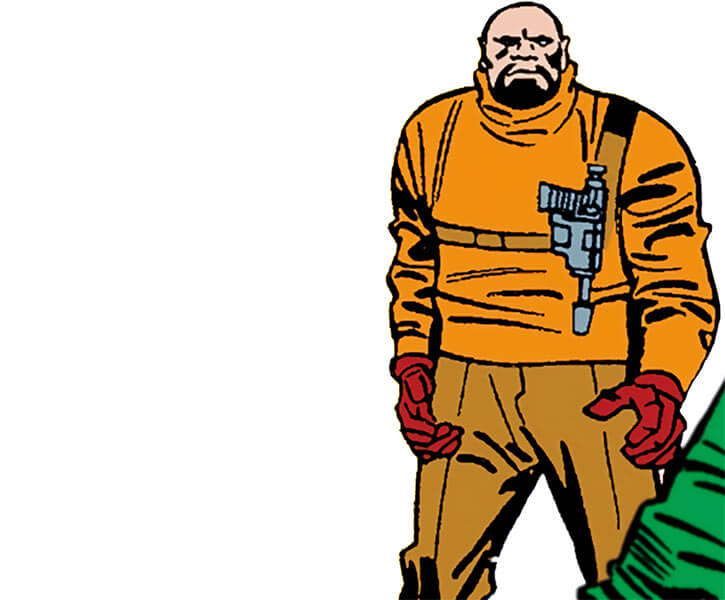 Ivan was one of the three thugs (along with Live Wire (Rance Preston) and Shellshock (Gary Buser)) recruited by the Psycho Man.

The alien was building a giant-sized psycho ray on Earth, to take over the planet. The three flunkies hoped to rule at his side. They eagerly helped him round up components for the super-weapon.

The technological thefts eventually attracted the attention of no less than the Fantastic Four, the Inhuman Royal Family *and* the Black Panther (T’Challa).

The Psycho Man and his hired guns were soon defeated.

Unlike the other two, Ivan was never seen again. Which I think is a very important clue about pretty much every Marvel cross-over since. 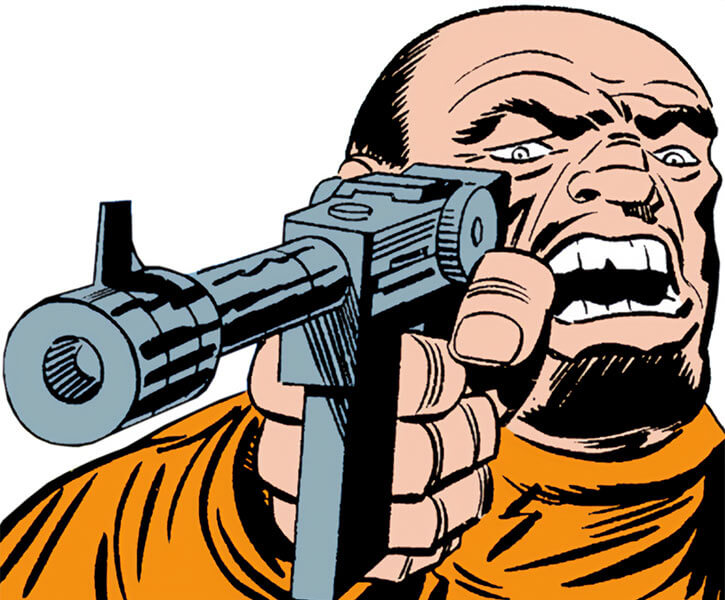 Ivan is an ambitious toadie. He always wants more money and more power. He’s so eager to attain those that he will ask tonnes of question to his employer about how and when he intends to compensate his crew.

Ivan is a bit paranoid. Which is not irrational given his line of work.

He also has outbursts of pride where he demands to be treated as an equal, not a flunkie.

Mr. Karlovitch has a markedly inflated perception of the power of his solar pistol.

(To the Psycho-Man) “We are your partners — not your slaves ! Our weapons are as mighty as yours !”

“So his name is Karnak, is it ?? Well, he’ll be nameless forever after he takes the direct hit I’m going to beam at him !”

When aiming, he prefers to spend Hero Points on AV. He’s meticulous that way. Be like Ivan. 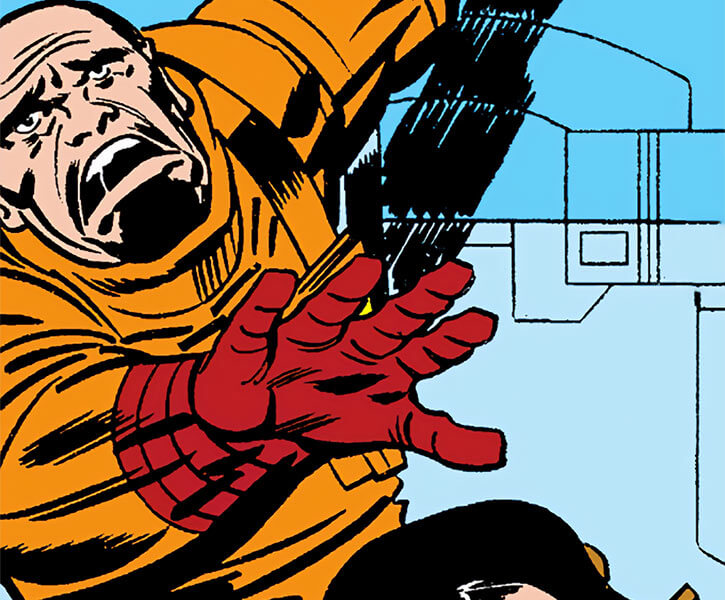