Ivory’s body is somehow infused with Vibranium  (the Wakandan isotope). What this means is unclear, aside from providing a rubber science explanation about her powers. Said powers seem to be chiefly about vibrations and kinetic energy. A key property of Vibranium, as its name implies, is to be an impossibly efficient absorbent for vibrations.

Ivory’s powers seems to be particularly effective against metals. Perhaps because the other known isotope of Vibranium, the Arctic one, is highly efficient at destroying other metals. It is sometimes called the “anti-metal”. In practice, this means that Ivory can emulate to a degree masters of magnetism, such as Magenta or Magneto.

Aside from destroying metal objects by vibrating them to pieces, pulverising bullets shot at her, etc. Ivory has also created large tunnels and holes. This has proved invaluable to escape from delicate situations.

Somehow, Ivory’s Vibranium powers also allow her to evade sensory super-powers. Perhaps as an extension of the energy-absorbing properties of Vibranium, she can avoid detection powers such as telepathic scans. Perhaps this is done by absorbing psions. When demonstrated it was still hard for her to do, and she accidentally hurt the person she wanted to cloak.

Ivory can also set up a feedback field that will immediately bounce sonic, vibratory and kinetic assaults back to the point of origin. This field was potent enough to render Angar unconscious through the energy of his own super-scream. This example implies that Ivory can change the frequency of the feedback to bypass the defences of those who are normally immune to their own power.

According to Lobdell, she further had engineering training.

Only a few scattered bits are known of Ivory’s past. Her codename is likely a translation of a childhood nickname, since she has an unusually light skin tone – perhaps hinting at a mixed heritage. According to secondary sources , this skin colour led her to frequently encounter racism during her youth.

She is a Wakandan and received her powers when her body was infused with African Vibranium there. Whether this was an accident or a deliberate procedure is unrevealed. Secondary sources indicate this was the result of an accident during a college experiment, Ivory being present as a teaching assistant.

What happened next is unclear, but she apparently came to the conclusion her country had let her down. As a result, she was recruited by either Angar the Screamer or a Special Operations branch of Roxxon Oil to become a mercenary.

Roxxon has an hostile history with the government of Wakanda (and the Black Panther in particular). Thus, it is possible that K’maria was manipulated to some extent by Roxxon agents and/or Angar.

Roxxon, you don’t have to put on the red light

Ivory was first spotted as part of a Roxxon ops team. It attacked and took control of a S.H.I.E.L.D. helicarrier. The task force, commanded by Angar the Screamer, also included Assault and Battery, Smokescream, Overrider and Mad Dog.

During the operation Ivory, watching the others torture senior S.H.I.E.L.D. officer “Dum Dum” Dugan, had a change of heart. Dugan convinced her to consider defecting. When a S.H.I.E.L.D. team stormed the helicarrier, she did not participate in the fight. K’maria eventually defected by rescuing the S.H.I.E.L.D. forces from Angar’s scream and taking him out.

Fury considered recruiting Ivory and Dugan vouched for her. Within weeks she joined the experimental team that had rescued the Helicarrier – the new Super-Agents of S.H.I.E.L.D. (Violence, Knockabout, Psi-Borg II).

Ivory started catching up with field agent training. She got excellent results and seriously learned the procedures. She was much less cocky and gung-ho than her colleagues.

Ivory took part in several missions with the young Super-Agents, personally accompanying Nick Fury in the field for high-stake missions.

This volume of Nick Fury ended weirdly. Suddenly in the last few issues most of the new characters turn traitor and/or die. Ivory turned out to be the only non-traitor of the new Super-Agents, and was killed by the others as she discovered they were actually HYDRA agents.

Ivory was quiet, polite, serious and disciplined. She was the most promising of the bunch, and was showing obvious potential in terms of flexibility and creative application of her ill-defined powers. She seemed determined to be a solid, perhaps even heroic, S.H.I.E.L.D. agent.

A well-educated physicist, she speaks with proper grammar. Her past also leaves her with little patience toward intolerance, especially of the racist kind.

“It’s just one of the fringe benefits of having a body saturated with Vibranium.”

Drawbacks:
Misc.: Ivory suffered from some racial hostility in Wakanda due to her skin tone.

Ivory was explicitly undergoing S.H.I.E.L.D. field agent training, so I have assumed she had learned the basics even in some skills she never actually demonstrated.

Helper(s): Darci. After some hesitation, this writeup includes data from an article in Dragon Magazine #188, since this article was written with support from Scott Lobdell at Marvel. It is not entirely reliable though (there are differences between the article and the material – for instance about Psi-Borg’s past), so I favoured my own observations and deductions from primary sources – as I did with the other three Agents. Interestingly, this article offers some weak support to the theory those guys were not originally intended to become traitors. 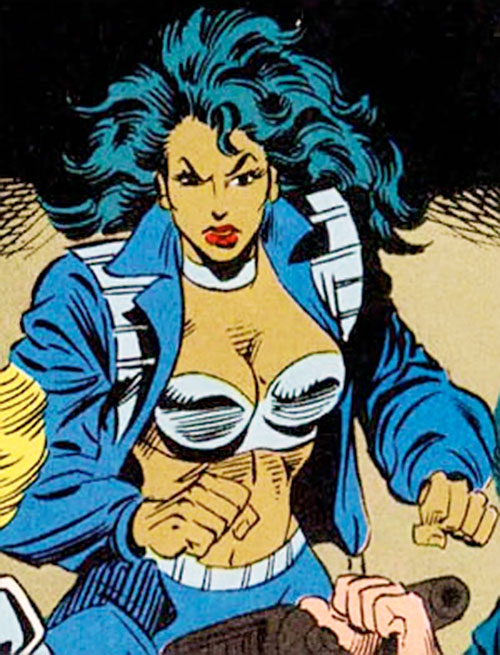 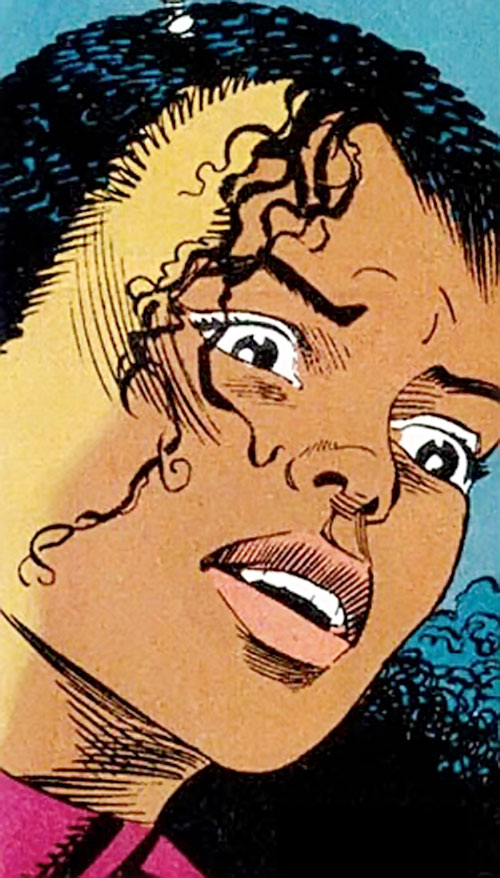