This profile was written during the fourth season of the show. It includes S P O I L E R S, though there’s no narration of the plots.

Jack Bauer is an experienced field agent with a military background. He possesses a multitude of useful skills, such as clue analysis, stealth, piloting or electronic communication. He is an expert at interrogation and persuasion techniques performed under great stress. This skill is fueled by great strength of personality.

He is also a crack shot and an adequate hand to hand combatant.

His physique and top-notch fitness allow him to go and go for days without rest, sleep or food. He can continue at unrelenting speed even after strenuous torture or injury. In fact, über-hero Jack Bauer appears to be a daring and seemingly indestructible agent.

The Counter Terrorist Unit of the CIA

The CIA has a Counter Terrorist special unit, the CTU, located in Los Angeles. Ir consists of elite agents working mostly on their own. The director of the CTU, Ryan Chapelle, resides with the CIA. He directs the goals of the CTU by phone and then leaves most of the basic work to be directed by a local chief.

The director will only come to visit under extraordinary situations. The local chief was at first veteran agent Jack Bauer, and then George Mason, until he sacrificed his life to stop Los Angeles from being nuked by terrorists.

The next chief was the previous second-in-command Tony Almeida. Other noteworthy members have been Nina Myers, Michelle Dessler, Chloe O’Brian, Kim Bauer (computer technicians) and Chase Edmunds (field agent). The organization is, during times of terrorist activity, directly in contact with President David Palmer, or his staff.

The CTU ranks above the police and so they can pick up any held suspects for national security reasons.

The bureau’s top field agent has always been Jack Bauer. But he routinely ignores regulations and orders, getting into hot water with the administration and leadership of the CTU or police department. He then usually becomes a hunted man by law enforcement agencies, until he manages to save the day.

In DC Heroes RPG terms, during such incidents, Jack is considered to have the Mistrust Drawback.

Jack is, after his feelings of guilt kick in, usually inactive. He only accepts calls for work when the threat of national terrorism is extreme. Or when the president, who knows Jack personally, asks for his help directly.

“The first wave of attack will be terror. The last line of defense will be him.”

Jack often works under enormous time pressure. He doesn’t stop for even one second in his pursuit of stopping the latest planned terrorism act.

A video recap of the first 24 season is just what we need here.

Jack is a highly patriotic, extremely focused man who misses no details. He is a master of quick improvisation and has nerves of steel. He refuses to follow the chain of command even when that might be for the best. This very often leads to him having to work alone – and even against the agency itself.

Naturally, he has earned a reputation as a hard-boiled loose cannon. Thus, the agency usually tries to keep his involvement to a minimum. Of course, once Jack has started a case where national security is threatened, he will complete the mission regardless of what help or opposition he gets.

People at the Counter Terrorist Unit know this. As a result, he often manages to get someone working from within, but outside the rules, to provide him with information in the field. During field missions he is almost constantly in contact with people using his cellular phone.

Jack seems reluctant to share vital information with law enforcement agencies or politicians (at first always answering “I’ll explain everything later”). But he will always trust the President or his most trusted confidant at the agency with any information he might have uncovered so far.

Bauer stops at nothing to get the job done. He is willing to sacrifice people or kill in cold blood to serve the United States and its president. He will most definitely turn on old friends if they are corrupt.

He handles stress extremely well. Thus, it seems to be impossible to use torture to extract information from him. He is ready to die to protect the state. For Jack, the world is of black and white morals, and he stands firmly and uncorrupted on the good guys side.

Although Jack’s heart and sympathies certainly are in the right place, he very often uses psychology to manipulate people. He seems to have an insight into what makes people tick. He knows how to make people feel good about a situation even when they realistically shouldn’t. He can often also make complete strangers trust his every word.

In particular, he knows the mental weaknesses of the people he is about to interrogate or persuade ; in such cases, he chit-chats for a while, finds some leverage point and then immediately pushes it to the max, which often overwhelms people into caving in to his demands or requests.

Thus, his personality is hard-driven and straight forward, with little time for being social, so that he is often bossing people around. Therefore, people often think of him almost as a bully. And his superiors hate his independence and reluctance to follow any type of orders or the chain of command.

He is much too independent to work with anyone as an equal, and clearly believes that he can get the work best done by himself, until proven otherwise. Jack tries to be polite towards civilians, but only when there is time for that. His true interest is serving the people regardless of the costs. Jack is, no doubt, a fanatical patriot.

His only weakness is his attachment to his family members, whom he will protect at all costs. He truly loves his family and never hesitates to remind them of that. He can be black-mailed into serving the bad guys, as family members have been kidnapped, and into performing morally and legally illegal acts.

Out of the zone

If he ever fails to protect anyone who he considers is under his protection, he will be extremely guilt-ridden. This has happened to the extent that he quit his job for extended periods of time.

He will then only return into active duty as a rogue agent when national security is threatened. Or when asked to do so directly by the President, who might be the only man that he treats in a very correct, and courteous manner.

While not having neither his family nor his job as an agent, he will loose his focus and live almost like a bum. This happened after he failed to protect his wife, and lost contact with his daughter.

“I’m federal agent Jack Bauer, and today is the longest day of my life.”

“You have got to trust me on this one.”

There is always room for one more division of intelligence in the DCU. Place the CTU in Los Angeles and have them interact with Checkmate, the Suicide Squad or whichever obscure DCU law enforcement organization you with to employ.

It would be interesting to have cooperation between Jack Bauer and President Luthor.

Connections:
Counter Terrorist Unit of the CIA (High), The President of the United States (High).

While Jack performs very hard, HP-intense missions he often gets into a position where his field performance is severely, but temporarily, debilitated by his own actions or the actions of those he opposes. Naturally, Jack seems to have run out completely of Hero Points near the end of each season, or, in some cases, already after half the season has gone by.

In game terms, it is possible that Jack is allowed to take temporary drawbacks in-game in order to get some very needed hero points to finish the mission with. As the season ends, Jack then buys off such temporary drawbacks, probably at a reduced cost, using his HP reward.

As mentioned above, Jack often works outside of the law, unsupported by law enforcement agencies, and during such times has the full Mistrust Drawback in effect. This has been so during all the seasons so far, and so is his most common temporary drawback.

Near the end of the second season of the series, Jack was tortured and his heart stopped. He was resuscitated, but had quite severe heart problems for the remainder of that season, which was handled as a Serious Physical Restriction Drawback.

This heart condition made him vulnerable to excessive exertion. Whenever he willingly tested his physical stamina, or rolled double ones on a strength, endurance or Physical Skill action, he suffered from the equivalent of a 10 APs Cell Rot attack (Last Ditch Defense applied).

Furthermore, if he failed at Pushing a Physical action, which at that point become Fatiguing, he was also subject to the same attack. The results could range from chest pains and shortness of breath forcing him to sit down to immediate hospitalization in a critical state. Jack later received careful medical attention and this drawback was fully eliminated.

Before the third season started Jack had been forced to become a narcotics addict as he had infiltrated a major Mexican drug ring. As the season then started, he tried to kick this habit, while trying to hide it from everyone, which to some degree affected his judgment and effectivity. In game terms, he had a SIA (narcotics addiction) during this season. 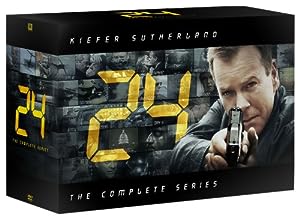